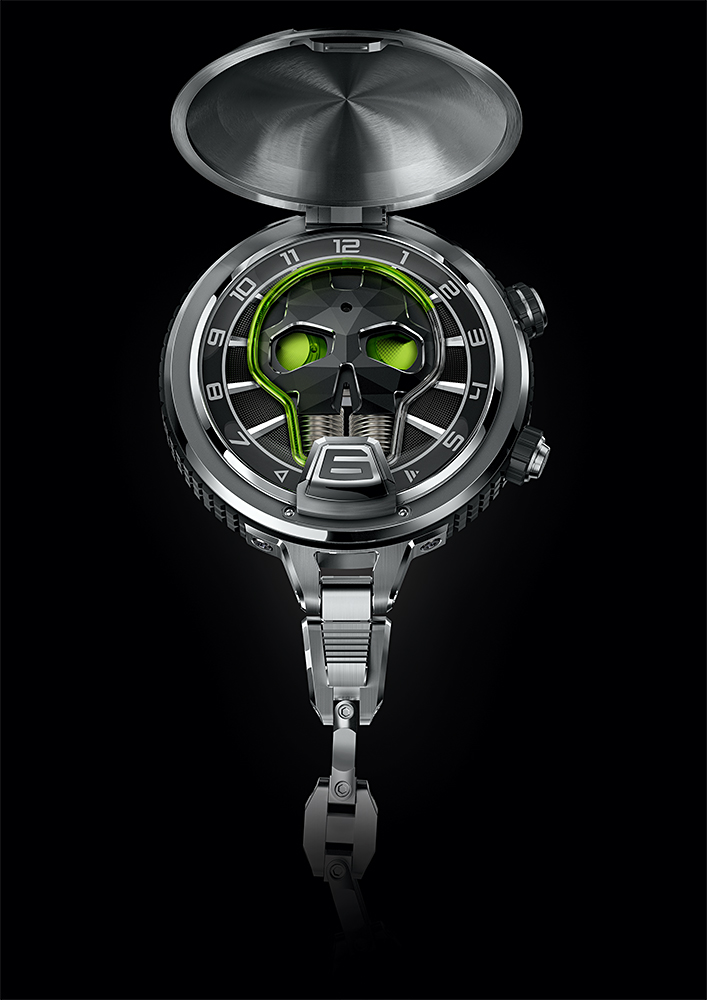 Earlier today on Haute Time, we broke the news of the all-new HYT Skull Pocket watch, which will be officially unveiled at next weeks SIHH 2017 exhibition. You can read all about the watch and the challenges in making it here. But now we bring you a quick look at the luminous, liquid time-telling Skull Pocket watch.

The brand’s first pocket watch will be made in a limited edition of just eight pieces and it will offer its own mechanically generated electric light source (though only for five seconds at at time) via LEDs that are strategically placed in the watch and that get their electric feed via manual springs in a dedicated push-button crown.

The watch keeps its iconic fluid time-indication system, wherein the fluorescent green liquid travels (on demand) around the perimeter of the skull to indicate the time in hours and minutes.  When the soft blue light is activated, there is an intriguing play on colors between the light and the liquid.  The process for providing the light is done via  a complex patented system consisting of 82 parts. The watch features a modernistic titanium cover with black DLC titanium and leather insets.It retails for $115,000. 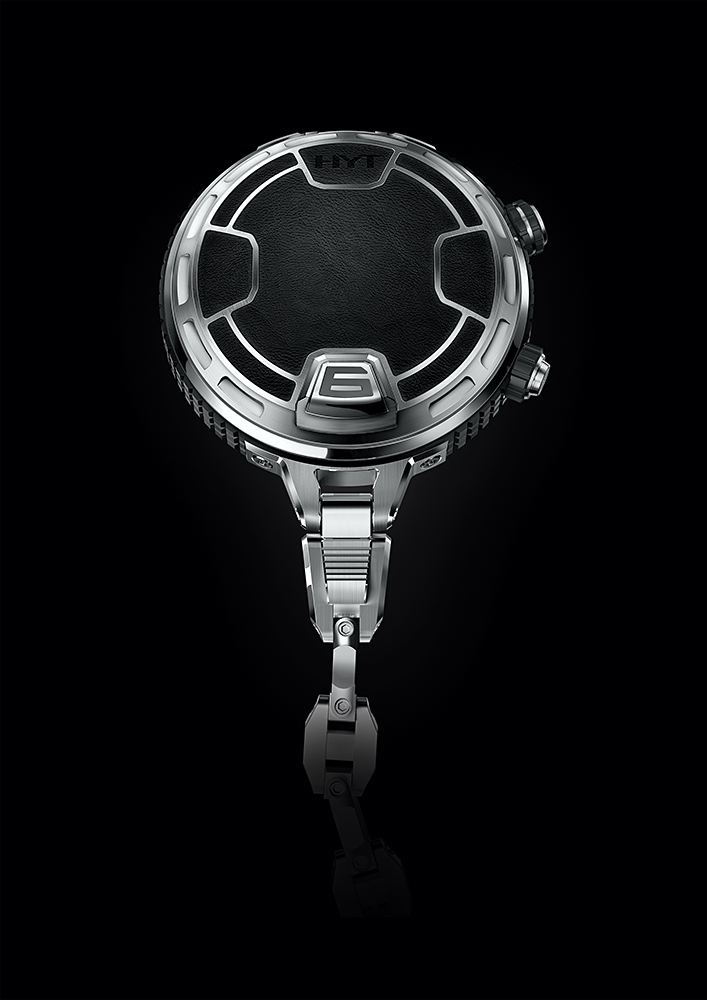