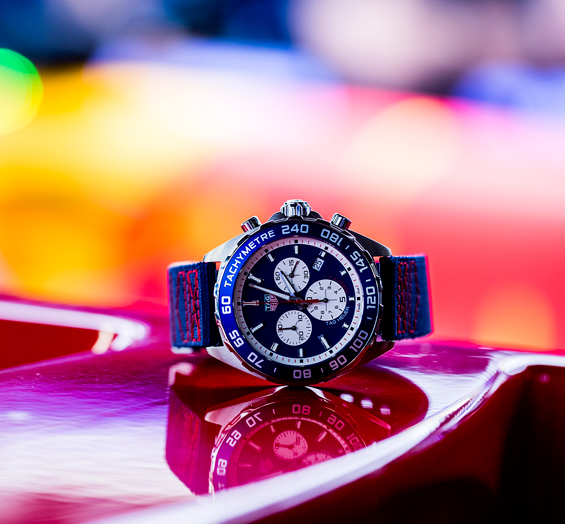 Bearing the team colors of midnight blue and red, the steel chronograph features a tachymeter bezel in matte blue aluminum and is available in two versions: steel bracelet or technical textile strap with red stitching– meant to emulate the seat belts of the racing cars. The watch is equipped with a quartz chronograph movement accurate to a tenth of a second. 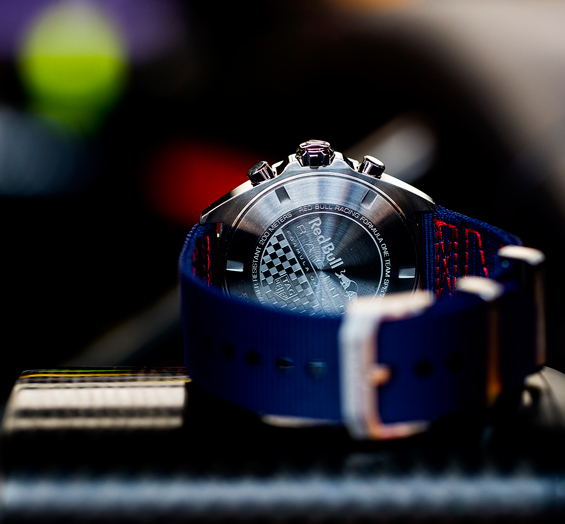 The hands are red, the  counters are white and the casebook is engraved with the legendary black and white checkered flag, that is the symbol of Formula 1, as well as with the exclusive Red Bull Racing Team logo.