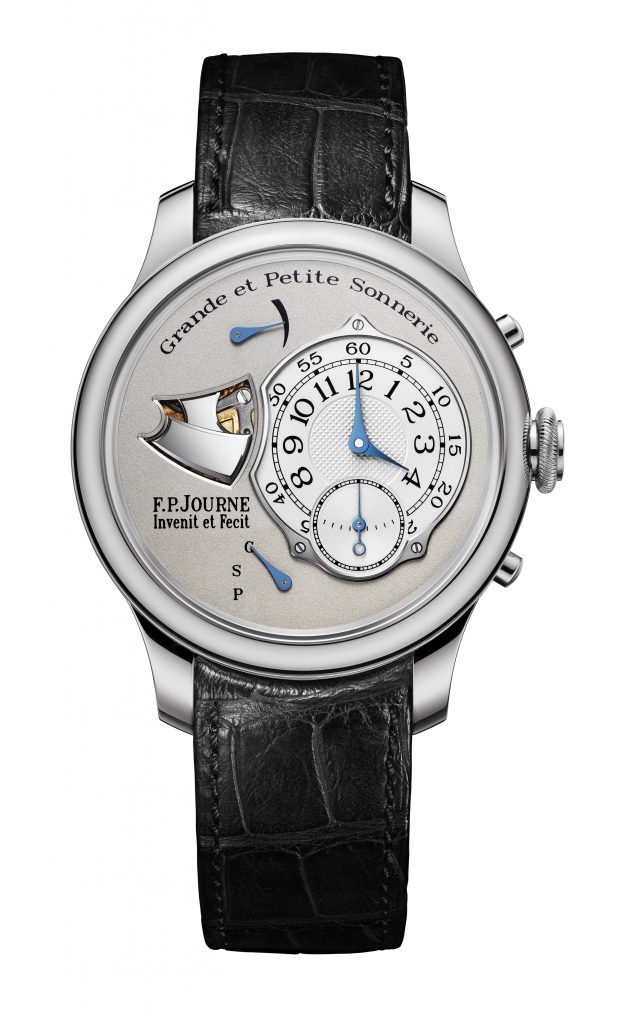 F.P. Journe’s Sonnerie Souveraine has been recorded in a EPFL sound chamber.

Calling it a horological world premiere, F. P. Journe unveils the  binaural sound of his spectacular Sonnerie Souveraine — just months after announcing he would stop making the Sonnerie Souveraine —  recorded in a special sound chamber of the EPFL (one of Switzerland’s two federal polytechnics schools) using  “artificial ears with microphones.” All four walls and floor of the anechoic chamber are covered with a material that allows for optimal sound absorption. The timepiece’s sound was recorded as a  way to preserve the beauty of its articulate sound once the brand stops creating this timepiece (2019).

The exceptional Sonnerie Souveraine holds 10 patents and was six years in the research and development stages. The watch movement features extra-flat gongs (3/10th of a millimeter) and a special hammer with a striking weight of 0.3 grams to produce a force between 10 and 15 times less than the force used on a normal minute repeater. Still, it produces better and stronger sound thanks to the technical developments of the movmeent and the fact that the watch is crafted in steel.   This watch  offers the wearer three striking choices:  Grande Sonnerie, Petite Sonnerie and Silence. Additionally, the pusher at 2 o’clock activates the Minute Repeater on demand. 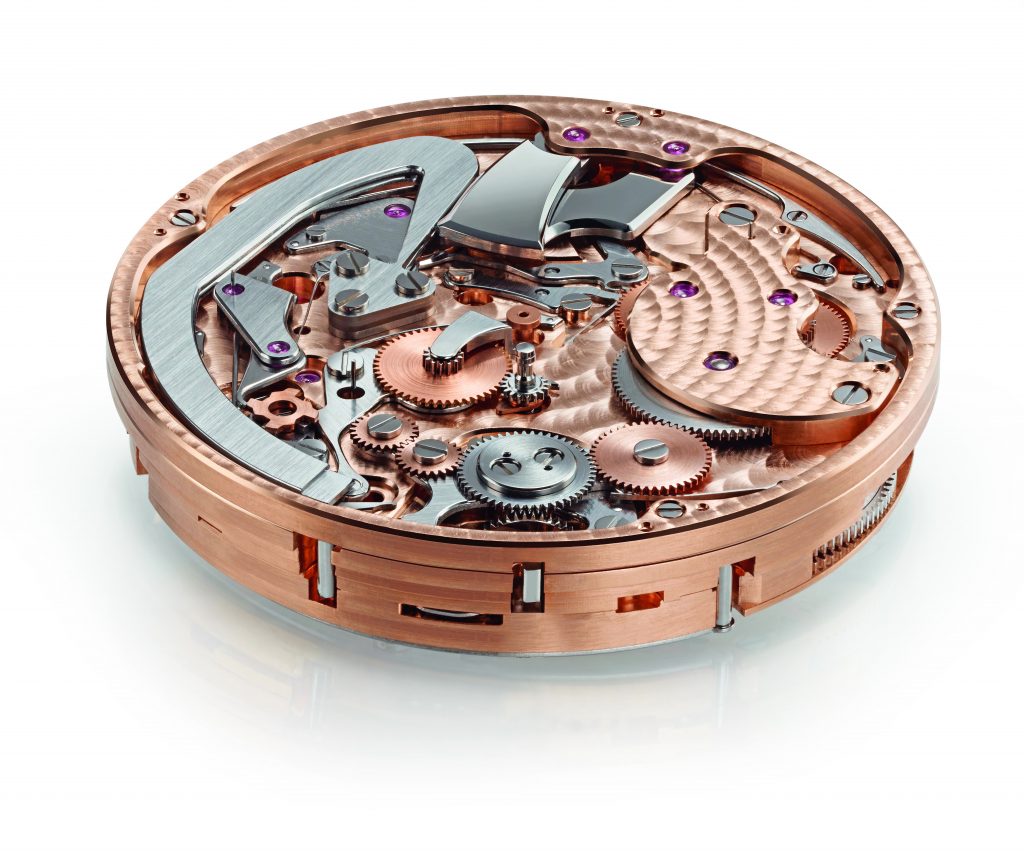 the hammers and gongs, years in the making, are are special to this timepiece.

According to F. P. Journe, he has suspended creating of the Sonnerie Souveraine in anticipating   of  presenting a new grand complication in 2019 . Clients are invited to place their order during the year 2018, however,  to acquire this  rare watch and  the  F.P.Journe Manufacture will  honor all orders placed by clients. Each watch takes three months to assemble the 408 parts, and then requires another month of fine tuning.

To hear the binaural sound of this F.P. Journe icon, view the video below.