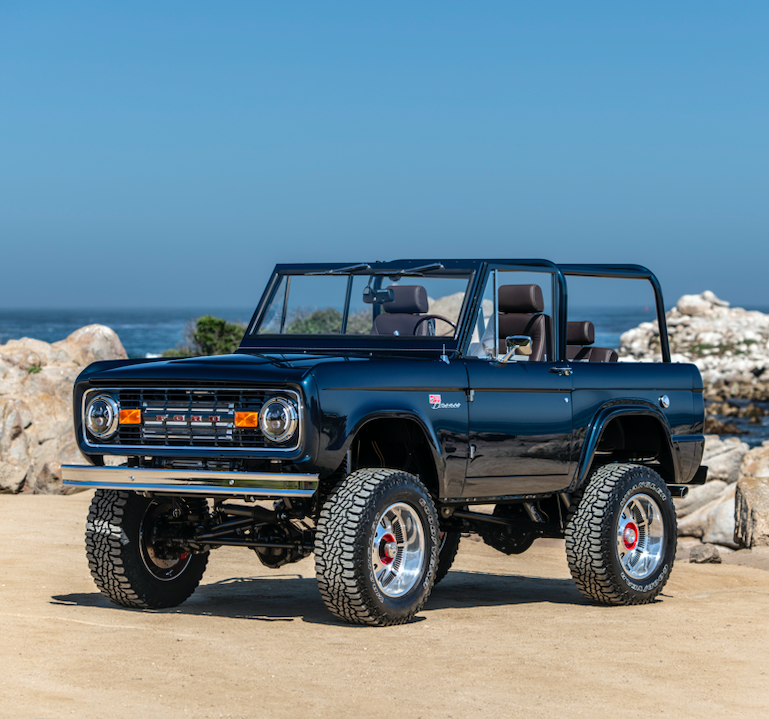 Gateway Bronco restored the 1974 Bronco that was sold at auction along with a specially made Ernst Benz watch. It was the most expensive Bronco sold at auction for charity — $650,000. 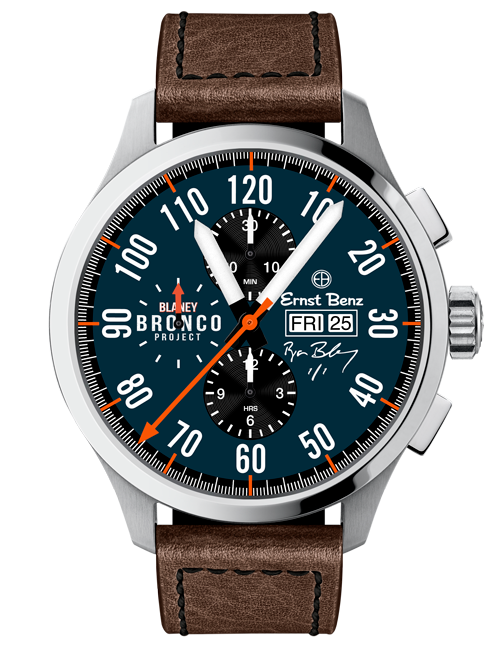 Essentially, Gateway Bronco restored an extraordinary one-of-a-kind 1974 Ford Bronco, Ernst Benz then design a one-of-a-kind Instrument ChronoScope watch. The Bronco and the watch were both auctioned  at a recent Barrett-Jackson Scottsdale auction for an incredible $650,000 — marking the world’s most expensive charity Bronco ever sold.

The watch is a 47mm piece designed to emulate the  ‘74 Bronco. Details include a  blue dial reflecting the “steel blue” exterior PPG color of the car. The numerals on the ChronoScope were inspired by the numbers on the vehicle’s speedometer and are created in white luminous material. The hands boast white and orange lume. It features a “Blaney Bronco Project” logo and has Ryan Blaney’s signature on it.

The stainless steel watch is finished with a brown Aviator strap made from vintage Porsche leather, to reflect the leather interior of the Bronco,  and features an angular bezel and polished square pushers to match the finish of the car details. A sapphire case back allows for viewing of the movement. 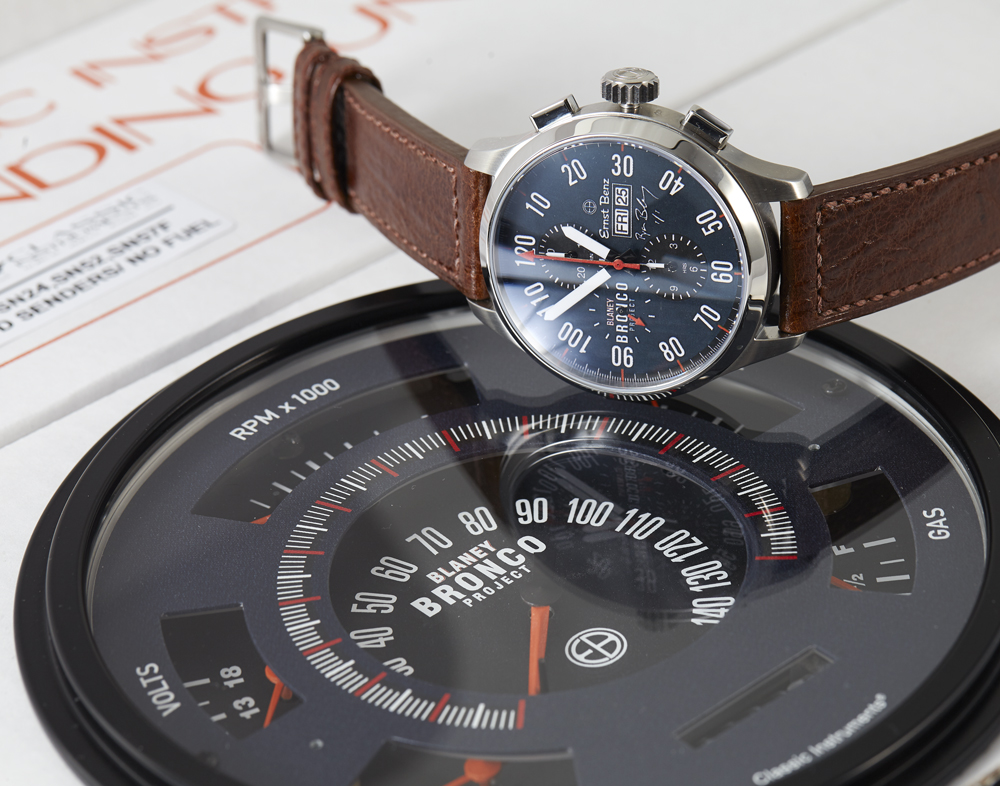 The 47mm case is brushed and polished to reflect the car finish, and the blue dial has numerals that emulate the Bronco’s gauges.

“I’m excited to be working with both Gateway Bronco and Ryan Blaney to support an incredible cause,” said Leonid Khankin, CEO and Creative Director of Ernst Benz. “We met Ryan through our involvement with NASCAR and the Speedway Motorsports family, and he is an exceptional guy doing great work that we are proud to support.”