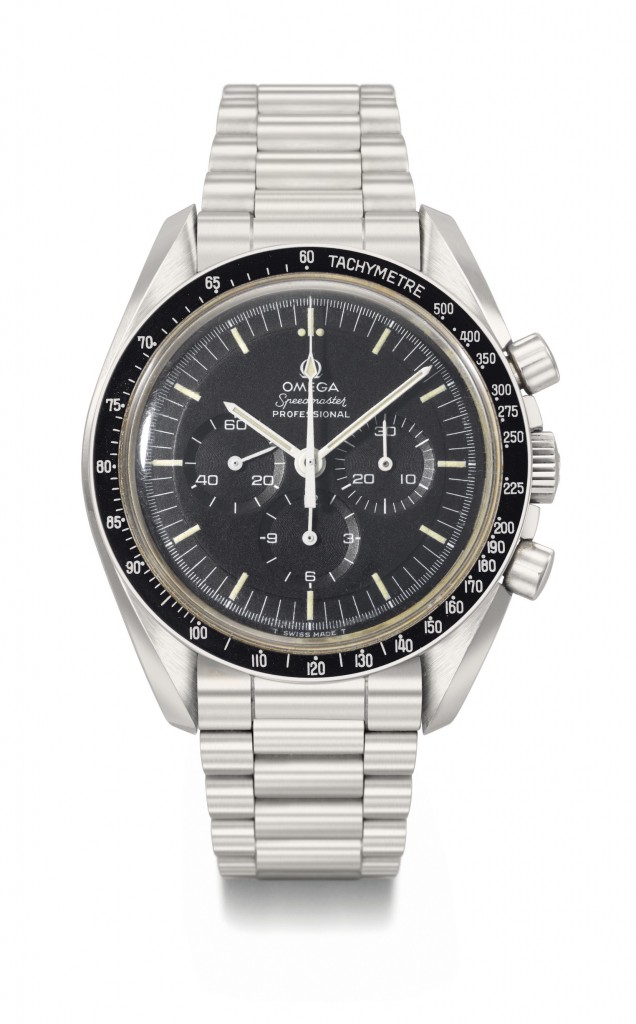 This Wednesday, December 15, watch lovers have the unique opportunity to bid on Omega “space-related” timepieces in the Christie’s auction, Omega Speedmaster 50 ‘From a spacewalk to today.’ The thematic Speedmaster and space auction – to be held in New York City — features 50 lots in honor of the 50th anniversary of Ed White’s famous space walk and of Omega’s contribution to space exploration.

Last week, in honor of the auction, Omega hosted an event for collectors to preview highlights of the auction. On hand for the event was Eric Wind, VP of Christies Watch Department, Brice Le Troadec, Omega US Brand President, Petros Protopapas, Omega Museum Manager, and (most importantly to this watch nerd), James Ragan, former NASA engineer responsible for flight hardware testing and the man chiefly responsible for helping to certify which watch would be the first worn in space. 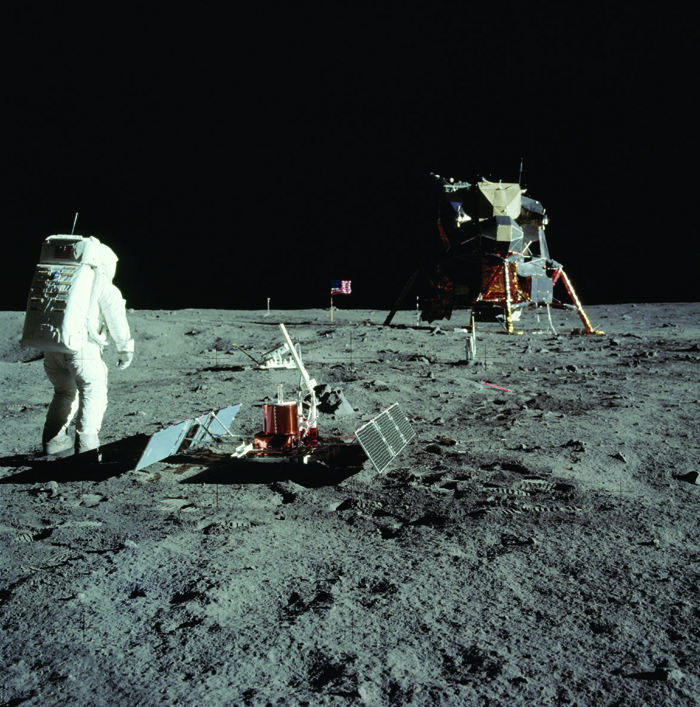 Apollo 11 mission on the moon

The story on how the Omega Speedmaster became the first to be space-certified is legendary. NASA asked watch brands to create a watch that could handle the rigors of space exploration. Many brands contented, but Omega won the bid. In order for any piece of hardware to be certified for use in space, it was subjected to a rigorous evaluation process and tested to destruction. This would include heating the watch to 160 F – 200 F for 48 hours and then subsequently reducing the temperature to 0 F for four hours. The temperature cycling was also done in a vacuum, extreme humidity and low pressure. In addition, the watches were exposed to severe shock tests of 40g shocks from different angles. There were also vibration and acoustic tests and at the end of the process only one watch was left standing, the Omega Speedmaster that maintained a +/- of 5 seconds per day. 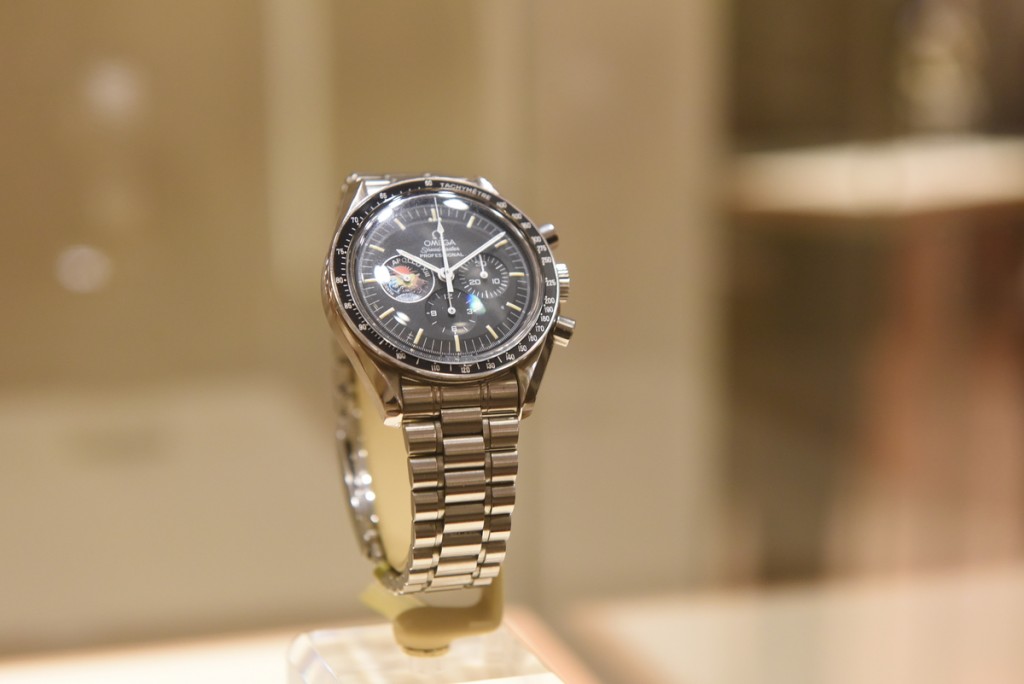 As space is such a big part of the Speedmaster story, several pieces available in auction are actually watches that have been worn in space. Lot 15 is a Speedmaster worn by astronaut Ron Evans on Apollo 17. On the back of the watch Ron took an engraving tool and etched ‘Flown in CSM to the Moon.’ The watch was worn on a Velcro strap on the outside of his space suit for a one hour space walk to retrieve film canisters from cameras mounted in the equipment bay at the rear of the craft.  A photo from December 27, 1972 shows the historic event taken place along with the watch worn over the suit. The strap will also be part of the package when sold at auction. Lot 37 also features a Speedmaster, which was worn aboard space station Mir and stayed in the station for 365 days. On the back of the watch is an engraving that states the specifics of this space worn piece, ‘365 days on board Space Station Mir July 1993 – July 1994.’

Watch collectors are lovers of pieces with a connection to history and an excellent narrative, these two pieces along with the entire auction have a great story to tell. It will be interesting to see where the final hammer strikes on these pieces.