Do We Really Need a Tourbillon from Baume & Mercier? Pondering the Question of the Clifton 1892 Flying Tourbillon 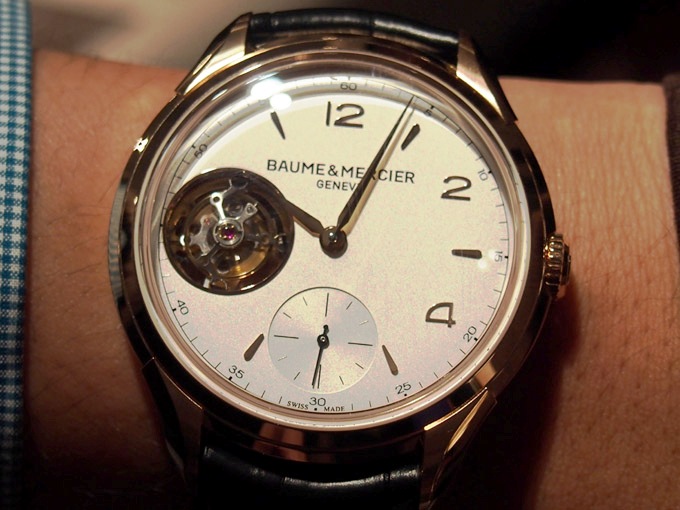 The stunning new Clifton 1892 Tourbillon from Baume & Mercier, on a gent’s wrist.

We all know Baume & Mercier as a solid Swiss watch brand – built around the keen premise of quality, affordability and timepieces that reflect heritage while looking to today and tomorrow. Time and again, this brand has brought us tried-and-true products with useful functions and elegant looks in the Clifton, Hampton, Classima and Capeland collections. So, then, why at the recent SIHH2014, did Baume & Mercier feel the need to unveil the Clifton 1892 Flying Tourbillon? Do we really need a tourbillon from a brand who’s mainstay pricing is in the under $8,000 retail range? 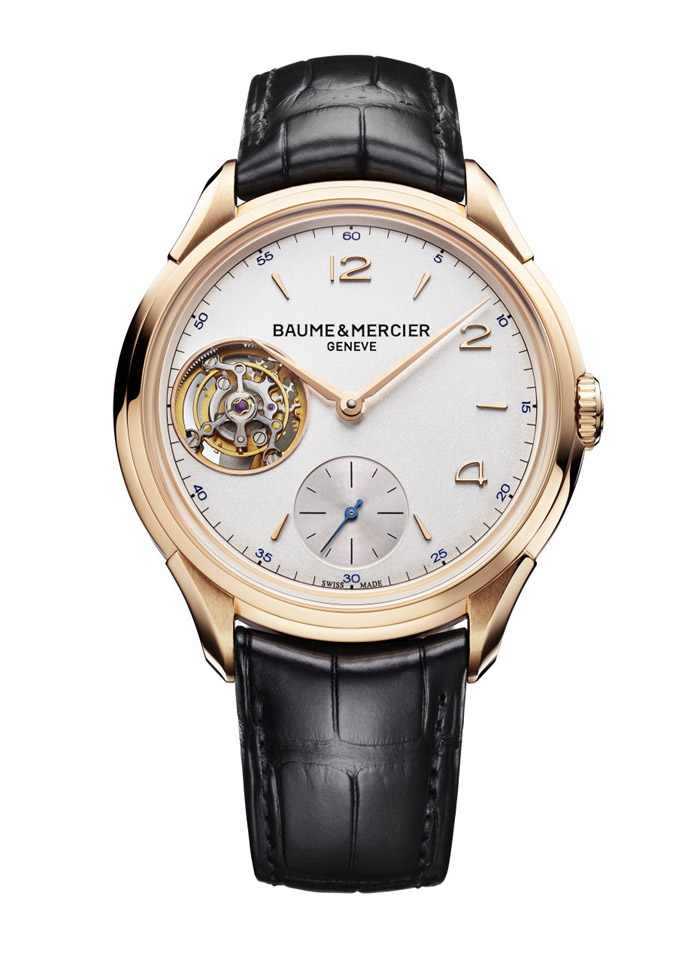 The watch is being created in a limited edition of 30 pieces.

According to Alain Zimmermann, CEO of the brand globally, the concept was all about demonstrating the brand’s scope as a watchmaker. “We wanted to show our watchmaking breadth,” he explains. “By doing a concept watch such as this piece, which will be made in a limited edition of 30, enables us to demonstrate our abilities in haute horlogerie.”

Yes, it does that.  The Clifton 1892 is a beautiful piece of art, technical prowess and watchmaking skill.  It takes Baume & Mercier outside of its comfort zone in several ways:  it will retail for approximately $59,000 – well over anything the brand has released before (but still an amazing price for a tourbillon!); it is an extremely limited production in that only 30 pieces will ever be made. 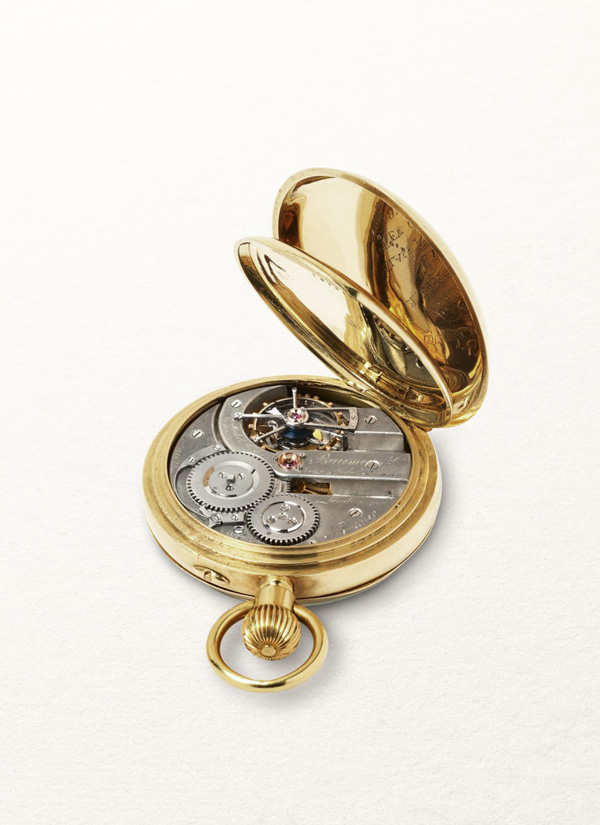 Today’s Clifton Tourbillon is based on an 1892 model that held an accuracy record for 10 years.

Where it doesn’t take the brand out of its comfort zone is evident. To begin with, in typical Baume & Mercier style, the watch is based on the company’s heritage- -drawing inspiration directly from an archival keyless winding pocket watch from 1892 that was regulated by a tourbillon escapement. That stunning pocket watch, with an exclusive hand-wound caliber, was presented to the 1892 Kew Observatory, where it won a score of 91.9 percent accuracy. It remained the most accurate watch of its time for 10 years.  In addition to recalling Baume & Mercier’s storied horological past,   the watch also employs many of the brand’s current signature quality details that define it as an accessible luxury brand. Among those details:  “cheve”- shaped crystal; comfortably curved lugs; opaline silver-colored dial. 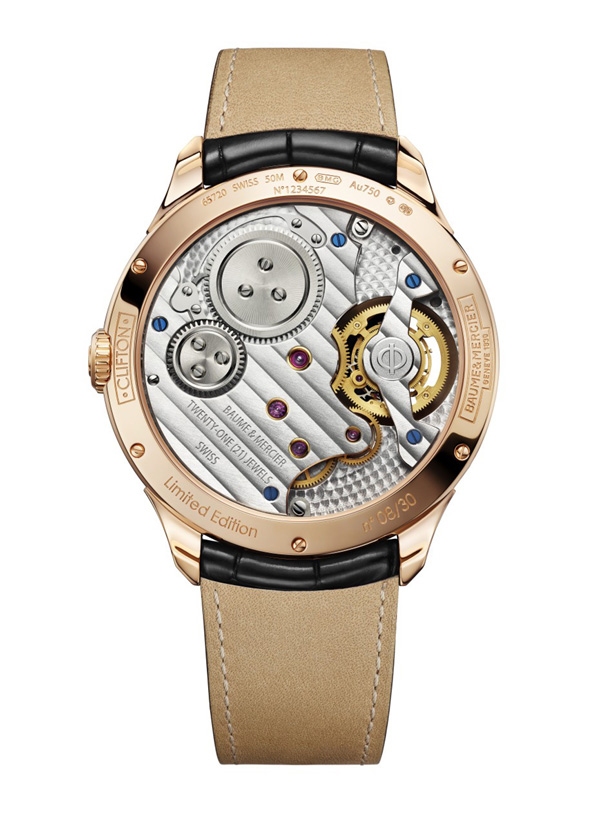 The detailing and finishing of the Clifton 1892 Flying Tourbillon is top-notch.

As to the rundown on the 45.5mm watch: it is crafted in 18-karat 5N rose gold and is driven by an exclusive mechanical hand-wound mechanical caliber Val Fleurier P591 with flying tourbillon. It features a winding ratchet wheel inspired by those on traditional pocket watches, is finished with the «Côtes de Genève» decorations on the bridges, and beading on the main plate, and is entirely assembled by the same watchmaker. The watch, with 50 hours of power reserve, features a sapphire caseback for viewing the exceptionally finished movement. The aperture on the dial at 9:00 offers an unobstructed view of the one-minute flying tourbillon carriage.

So, in the end, the watch does exactly what Baume & Mercier execs wanted to do: demonstrates that this 7th oldest watch manufacture (founded in 1830) still in operation has the expertise to build truly complicated watches according to its heritage.  Others have done this before – gone outside their comfort zone to prove something, reached higher than they needed to just to make a statement.  So

Even the packaging of the $59,000 watch is vintage inspired.

we wonder why everyone is making such a fuss about how Baume & Mercier reached higher to make a point – a valid point – about its lineage and abilities.  Do we need the Clifton 1892 Flying Tourbillon? No, we do not. But we love it, and we congratulate the brand on making the high-watchmaking statement to wow the world.  If I had the money, I’d be right in on one of the 30.

But, for those – like me—who may not have the nearly $60k to plunk down, you can experience that watchmaking savoir faire in other great new Baume & Mercier pieces, such as the newest, more attainable Clifton Chronograph models from Baume & Mercier reviewed here.