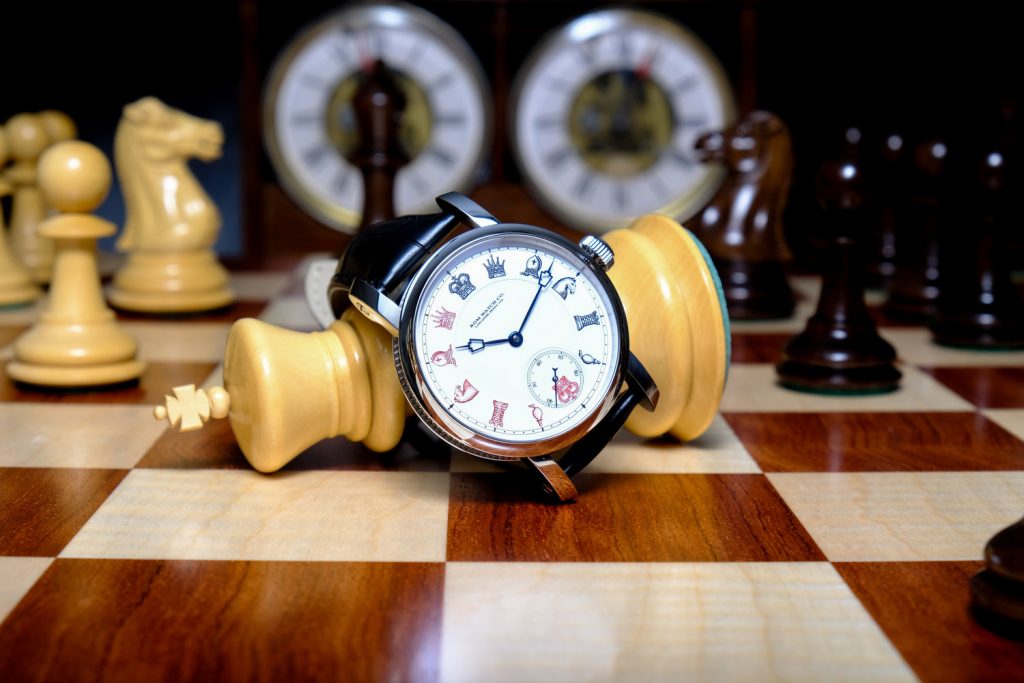 The Chess in Enamel watch by American brand RGM Watches.

This year marks the 25th anniversary of American watch brand, RGM Watches, and the brand is well-poised to celebrate this milestone. Earlier in the week, we took a look at American watchmaking history, and we said we would be back with more on key brands, so here we are. RGM was started by Roland Murphy, watchmaker extraordinaire, in Mount Joy, PA, in 1992 and has been building watches there (sometimes using Swiss parts)  and even building movements there, ever since. As the brand gears up for its 25th anniversary celebration in September, it unveils the first in a series of celebratory watches:  Chess in Enamel.

The new “Chess in Enamel” timepiece by RGM Watches was inspired by a unique enamel watch dial that is on display at the NAWCC Watch and Clock Museum in Columbia, PA — nearby Mount Joy. That dial is all that remains of a watch made by the now defunct American Watch Company, later known as Waltham Watch Company, and given as a gift in 1859 to  American Chess Master Paul Morphy by the Testimonial Committee of the New York Chess Club as a tribute to his dominant play in Chess during a European tour. 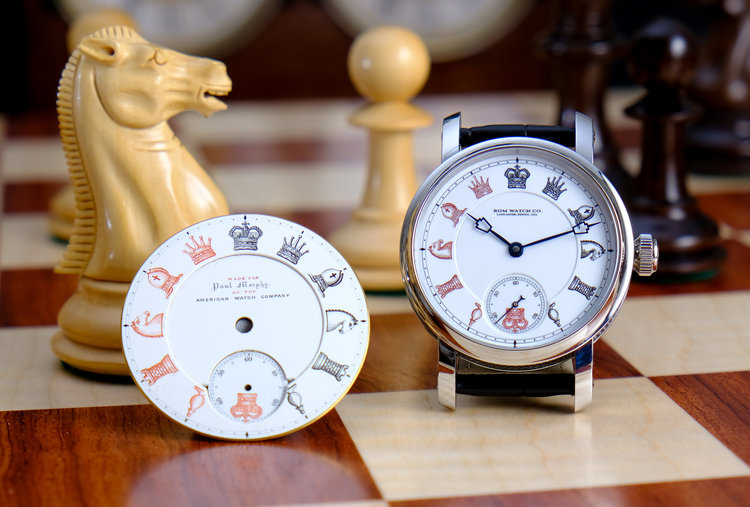 The new RGM “Chess in Enamel” watch features a double enamel dial inspired by a dial in the NAWCC Museum.

Roland Murphy has reinterpreted that dial using various chess pieces recreated in enamel to represent the hours. A black king stands vigilance at 12:00, while a red king sits at 6:00. Queens, bishops, knights, castles and pawns take other positions on the enamel dial.  This “Chess in Enamel” watch represents the first time RGM has released a double-sunk Grand Feu enamel dial.

For such an occasion, RGM chooses to equip the limited edition watch with an original in-house movement: Caliber 801, which is celebrating its 10th anniversary in 2017. The 801 features classic bridge shapes reminiscent of Keystone Howard Watch Company’s “Edward Howard” model. The unique winding click is inspired by the Illinois “Bunn Special.” The finely finished movement was designed 10 years ago as a homage to fine American watchmaking.  The case is part of the brand’s   “Pennsylvania series” with large lugs and ribbed sides. The case is made in Lancaster County, Pennsylvania, and finished by hand. It is being offered in a limited edition of 25 pieces in stainless steel for $13,900. It is also made in limited numbers in gold and platinum (price on request). The majestical watch is a real beauty, and is just the first of serval anniversary pieces coming this year. 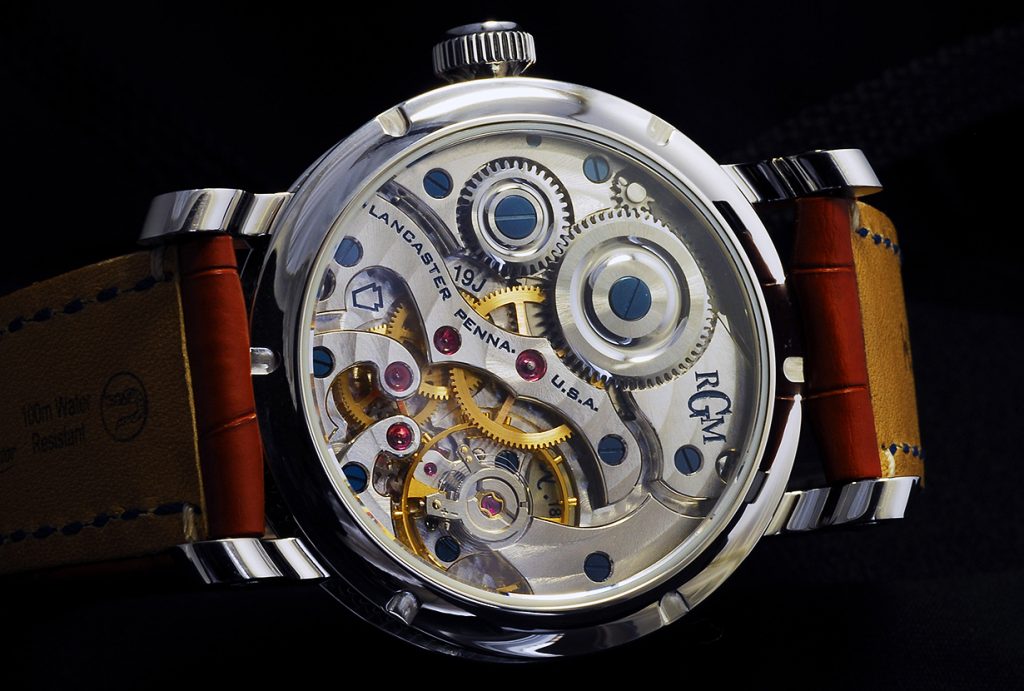 The RGM Chess in Enamel watch is made in a limited edition in honor of RGM’s 25th anniversary.