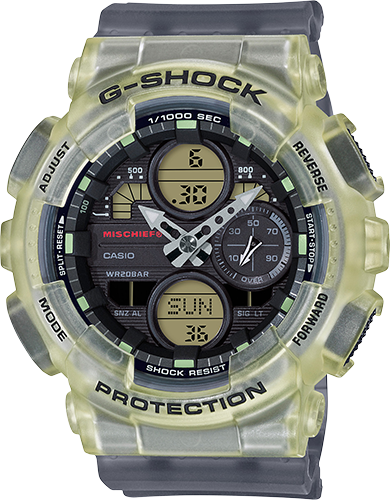 Japanese watch brand G-Shock, created by Casio, is getting down with streetwear — forming a new partnership with Seoul street fashion brand, MISCHIEF, as the two launch a limited-edition watch as the result of a special collaboration. The watch is a woman’s piece inspired by popular 90s street styles, and features an all-transparent case and strap in “sun-washed” colors. The Mischief logo appears on  the dial and is engraved on the case back. Event the clasp features the words “Deadly Combination” on it — referring to the partnership of G-Shock and Mischief.

The new watch is based on the brands GMAS140MC-1A, and actually has more of a vintage-inspired hue than unwashed. The highly wearable watch retails for $120 and comes in custom packaging with the Mischief logo printed on the box.

The watch is naturally equipped with important G-Shock features and technology that make the timepieces highly coveted. To begin with the rare water resistant to 200 meters, feature Automatic LED lighting, are shock and magnetic resistant and offer functions such as stopwatch, lap/split timing, countdown timer, five daily alarms, full auto calendar and 12/24-hour time formats. It doesn’t get much better for the woman on the go. 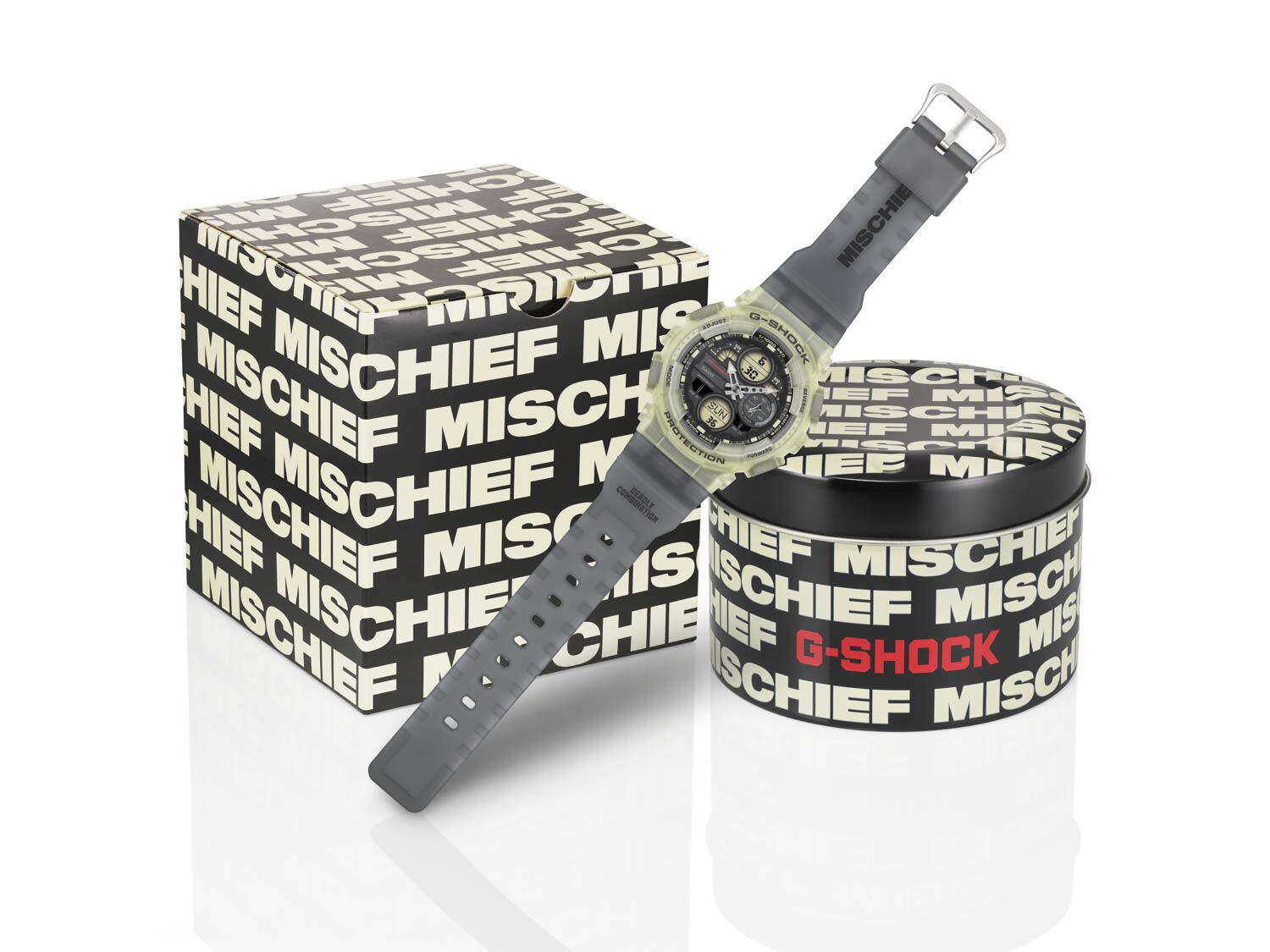 The G-Shock and Mischief watch collaboration is sold in a Mischief custom-made box.