Cars, Watches and Winners at the Rolex 24 at Daytona 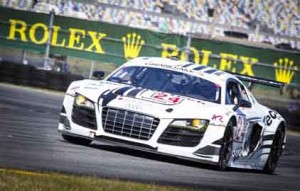 The 51st Rolex 24 at Daytona has come to a roaring end, as the Rolex timing hit the 24-hour mark and in the Daytona Prototype class, Chip Ganassi took the checkered flag for #01 BMW/Riley.  The #01 drivers included Americans Scott Pruett and Charlie Kimball, along with Juan Pablo Montoya and Memo Rojas. 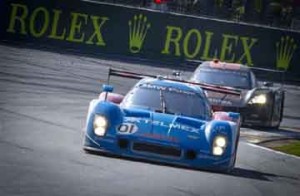 Scott Pruett tied Hurley Haywood’s record by winning the Rolex 24 at Daytona five times. Napleton Racing wins the inaugural race for the new GX class, and Audi wins the GT class. It was an exciting edgy endurance race with some wins coming down in the last two hours.  Rolex has been a partner of the Daytona International Speedway since its earliest beginnings, and title sponsor of the Rolex 24 At Daytona since 1992.