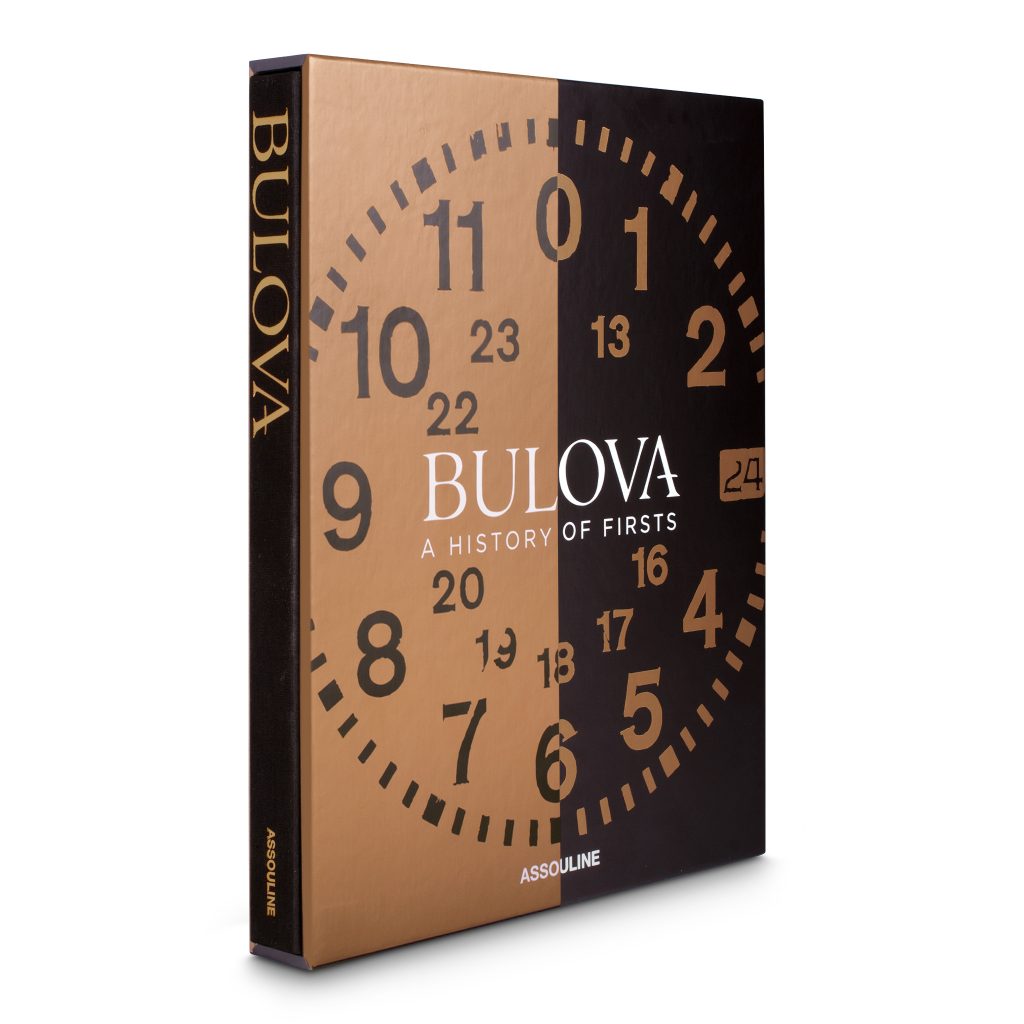 “Bulova: A History of Firsts” published by Assouline, edited by Aaron Sigmond and written by 10 contributing authors.

Let’s get something out of the way right up front. I am not new to authoring chapters or entire books. In fact, I have written six books on the history of timekeeping and on timepieces. Additionally, I have contributed chapters to several Group-Authored books, including one celebrating the history of Glashütte Original. Now, however, I am very pleased to say that I was one of 10 writers who contributed to the mastermind “A History of Firsts” Bulova book that is making its debut now — with official launch party in New York next week. This History of Firsts book depicts the many legacies of Bulova, and I am especially proud for having written the ninth and final chapter in the book. 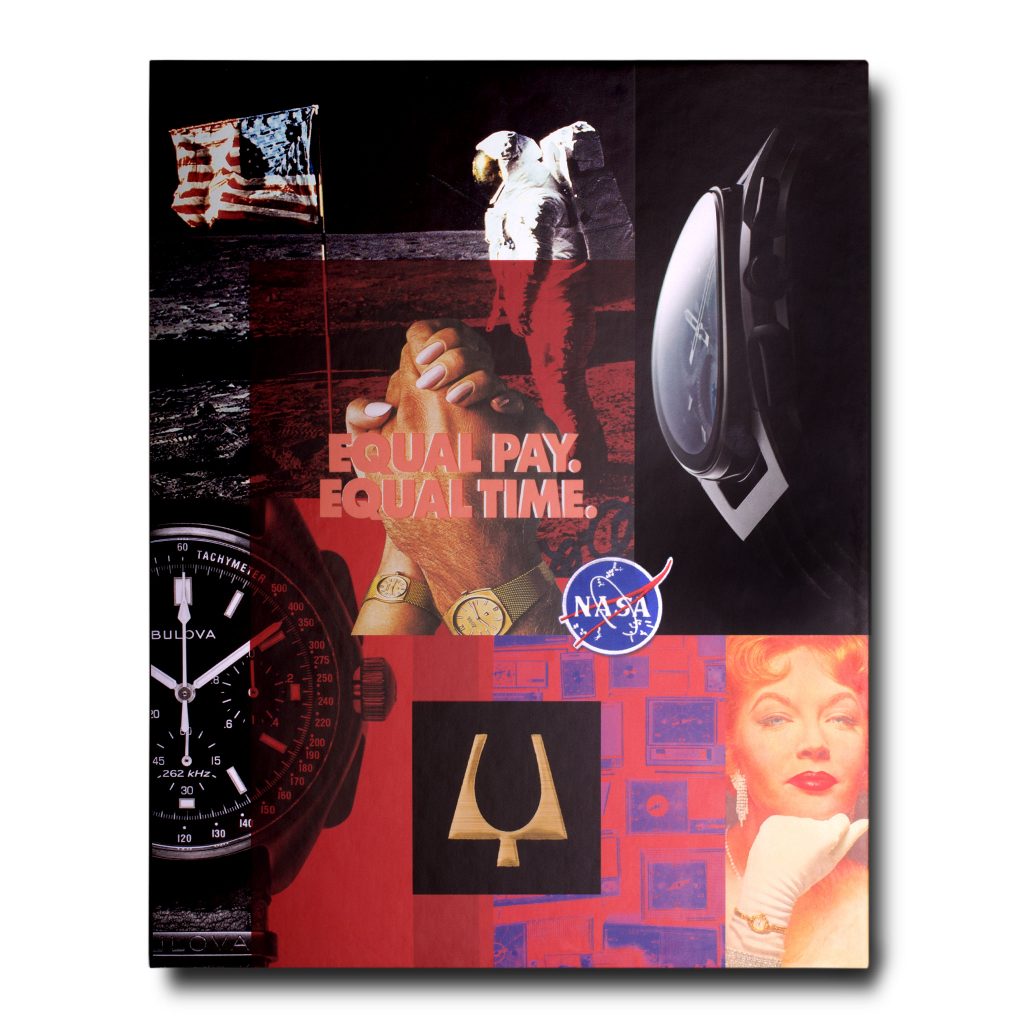 Bulova was a leader in social and political climates era after era – and its many firsts are captured in the new book.

Why is this book so special? There are a number of reasons.  To begin with, I am in amazing company with other stellar writers — all working under the incredibly great editorial direction of the highly professional writer/author/publisher Aaron Sigmond. It isn’t often in the publishing world that an author has the opportunity to work with such a professional and compassionate editor, and I am grateful for this experience. Additionally, I am proud that the new Bulova book is published by the world-renowned Assouline — further attesting to the book’s longevity and benchmark standards.

As mentioned, earlier, I am in great company with nine other authors who worked to make this book the standout sensation it is. These writers include the famed musician Nile Rodgers, the witty and talented Matt Hranek, style writers David Coggins and Kate Betts, the technical mind that is Jack Forster, the adventurous soul that is Jason Heaton, and more. 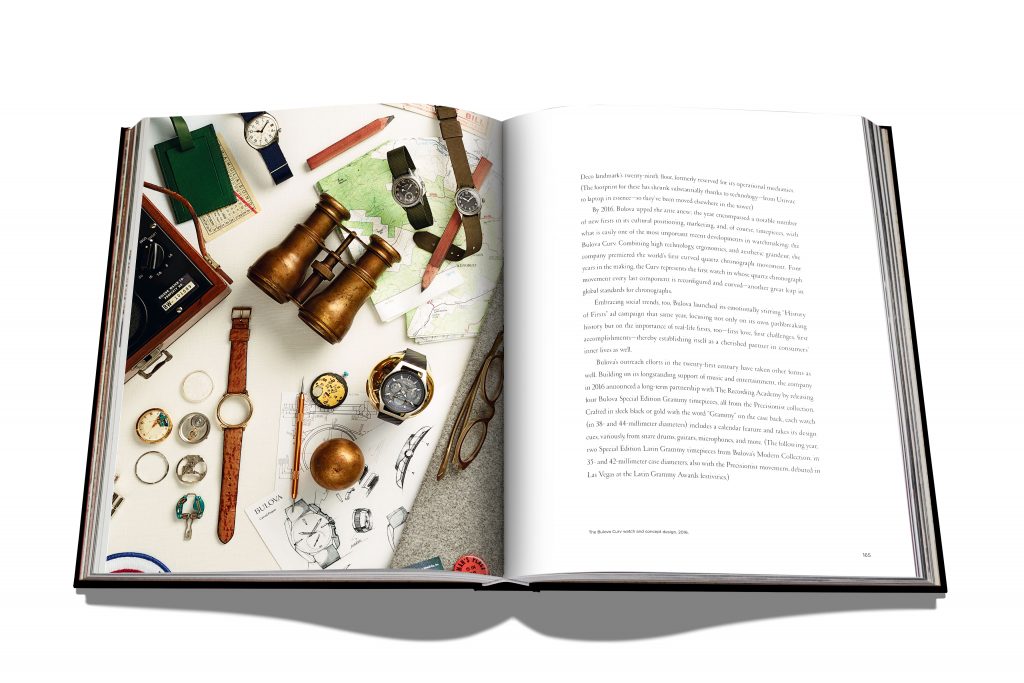 One of more than 100 illustrations in the book, “Bulova: A History of Firsts.” This illustration was in the chapter written by Roberta Naas, Firsts in the 21st Century.

Bulova: A History of Firsts

The 176-page hardcover coffee table book chronicles the extraordinary American watch brand — recounting its journey through time, its involvement in social and human advances and its epic role as a leader era after era.

The visionary Joseph Bulova, the man behind the brand by which America would set its time, was a man whose mind was generations ahead of the times. He, his son and the executives that would bring Bulova to the forefront of New York City and America in terms of timing and culture, led a quiet revolution – marking eras with firsts in product, marketing, exploration, social growth and more. Examining these firsts, decade after decade for nearly a century and a half, was an enthralling process for each one of us writers.

Whether the chapter wrapped in the famous phrase “America runs on Bulova time,” or – in my case – traced a history of firsts in the short-lived 21st century, there was always something new to be discovered. It was this learning that gave each of the eight chapters (a couple were co-authored) their unique style. 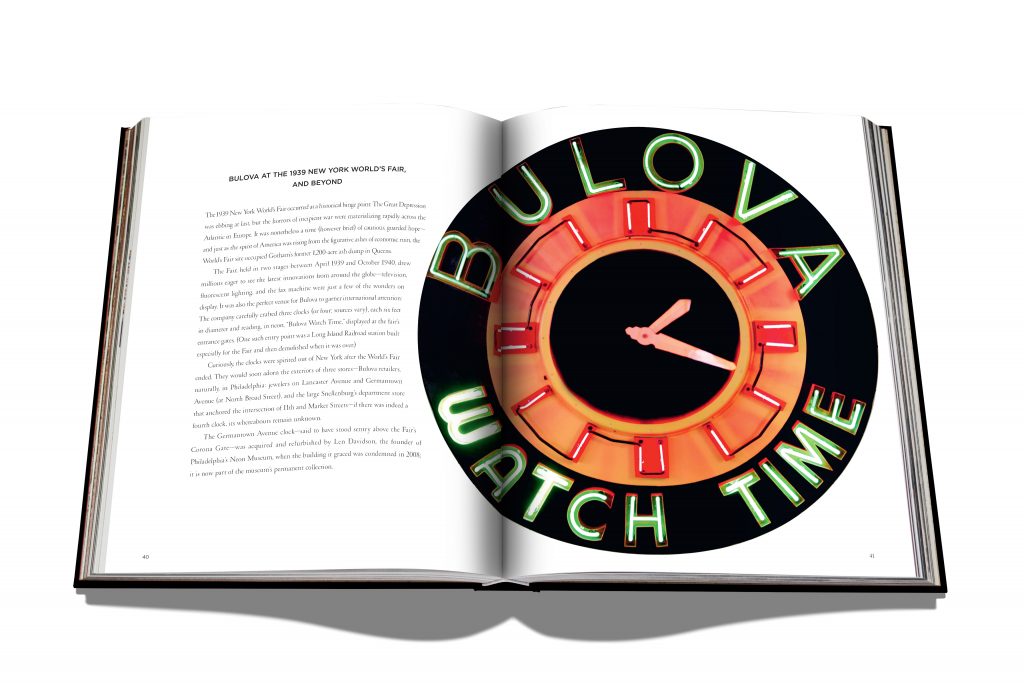 “It’s Bulova Time” — a famous phrase in the 20th century… part of the list of firsts created by Bulova. It is the subject of the newest book: Bulova: A History of Firsts.

The eight chapters and more than 100 illustrations in this work of art are outlined below, along with the writers of each chapter.

Chapter 2 First Love – Bulova and New York City, and Affair for the Ages by David Coggins

Chapter 6 First of its Kind – the Accutron, the First Electronic Watch by Jack Forster

I am grateful to Bulova for inviting me to contribute to this milestone publication. Bulova: A History of Firsts is available for sale now, retailing for $175 on Bulova.com and Amazon.com as well as at Assouline boutiques.

Bulova was a leader in social and political climates era after era – and its many firsts are captured in the new book.