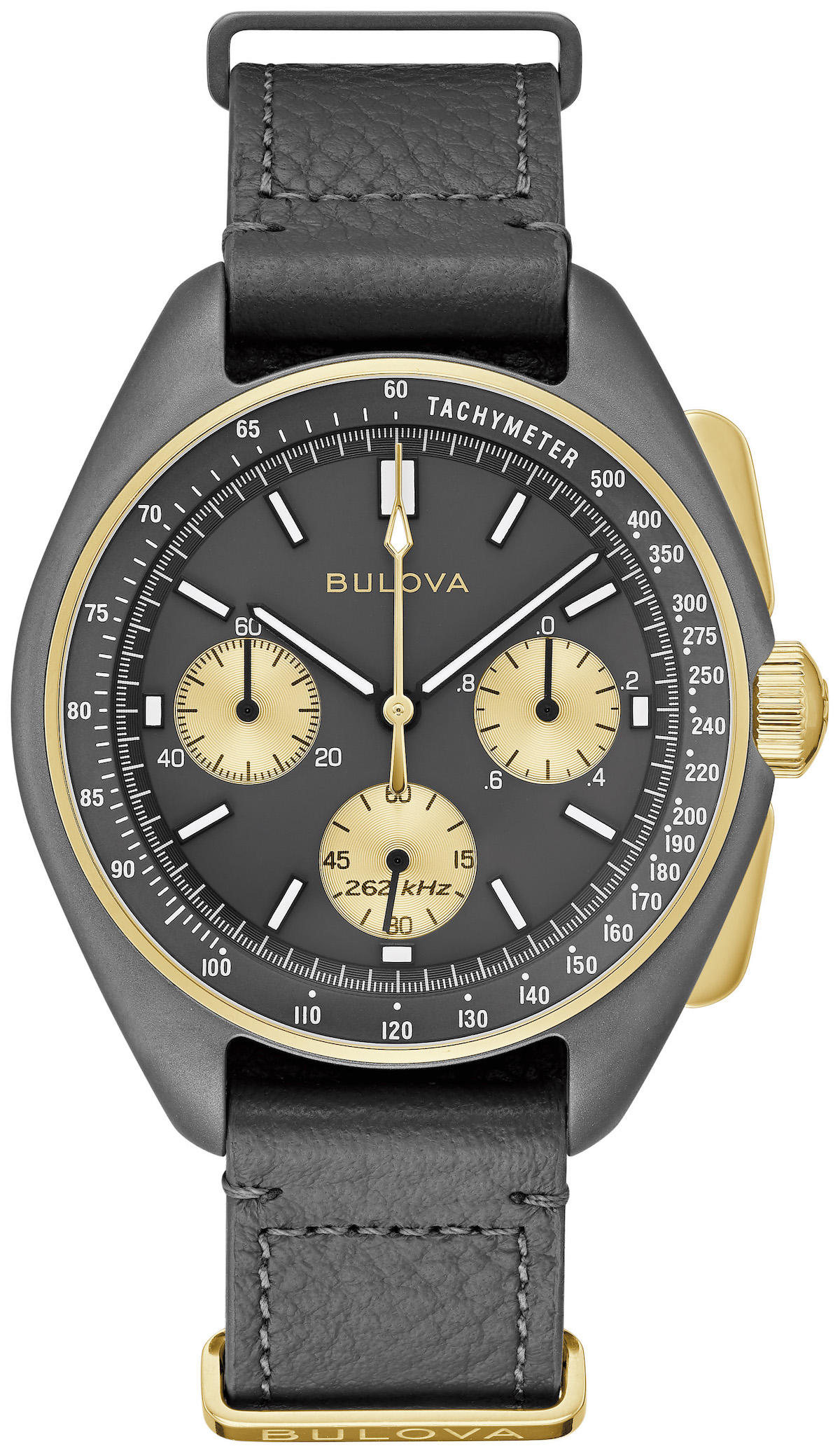 This week marks the 50th anniversary of the first drive on the moon. It’s hard to believe that on August 2, 1971, on the Apollo 15 mission, the car NASA sent to the moon, the Lunar Rover, was driven there for the first time ever. David Scott, mission commander, was the seventh man to walk on the moon and the first to drive the Lunar Rover. On his wrist: a Bulova chronograph that had been gifted to him. Now, in celebration of that historic walk on the moon and drive in the Lunar Rover, Bulova unveils a 50th Anniversary Limited Edition Lunar Pilot watch, which is available for pre-order until it makes its official debut in October. 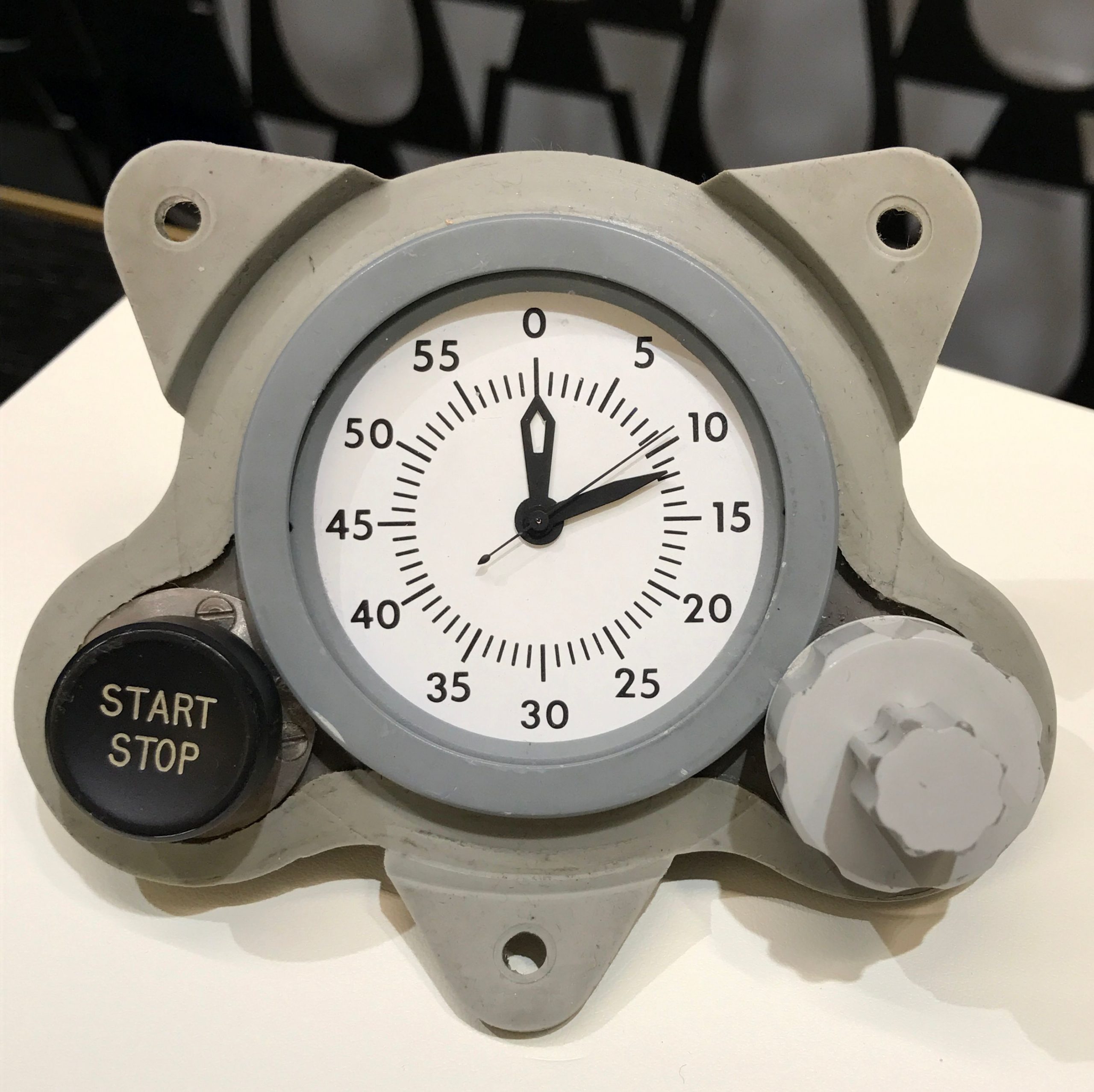 Bulova has a rich history with NASA, having been part of 46 space missions throughout the U.S. space program. In fact, the brand built many prototypes that were created according to military specifications and tested by the astronauts to determine its wearability on the moon. Unfortunately, Bulova was not the final official watch of the NASA Apollo space program, but its instruments served the space missions well. On the Apollo 15 mission, where commander Dave Scott could bring one personal item, he had his space-approved watch with him, as well as his Bulova prototype that he was testing. When the crystal popped off of his issued watch, he turned to the Bulova prototype as backup – and that is the watch that was on his wrist during the historic first drive of the Rover. 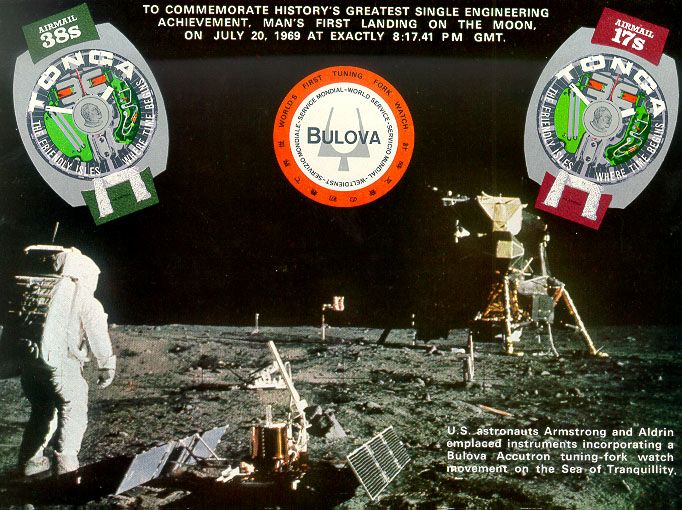 NASA contacted Bulova “in the 1950’s to help with the U.S. space effort. The partnership lasted from the mid 1950’s up until the 70’s, in which NASA utilized the brand’s innovative Accutron tuning fork movement, allowing for watches, instrumental panel clocks and timekeeping mechanisms to take a part in many missions. Crafted specifically for astronomical conditions, the Lunar Pilot watch was used in space to track time, ensuring no one ran out of oxygen, water or battery power in the portable life-support-system backpack. It was also used to back up the on-board timers for the critical reentry into the Earth’s atmosphere. The timepiece could—and did— perform flawlessly, withstanding pressures of changing atmospheric conditions, fluctuating temperatures and gravitation shifts.” 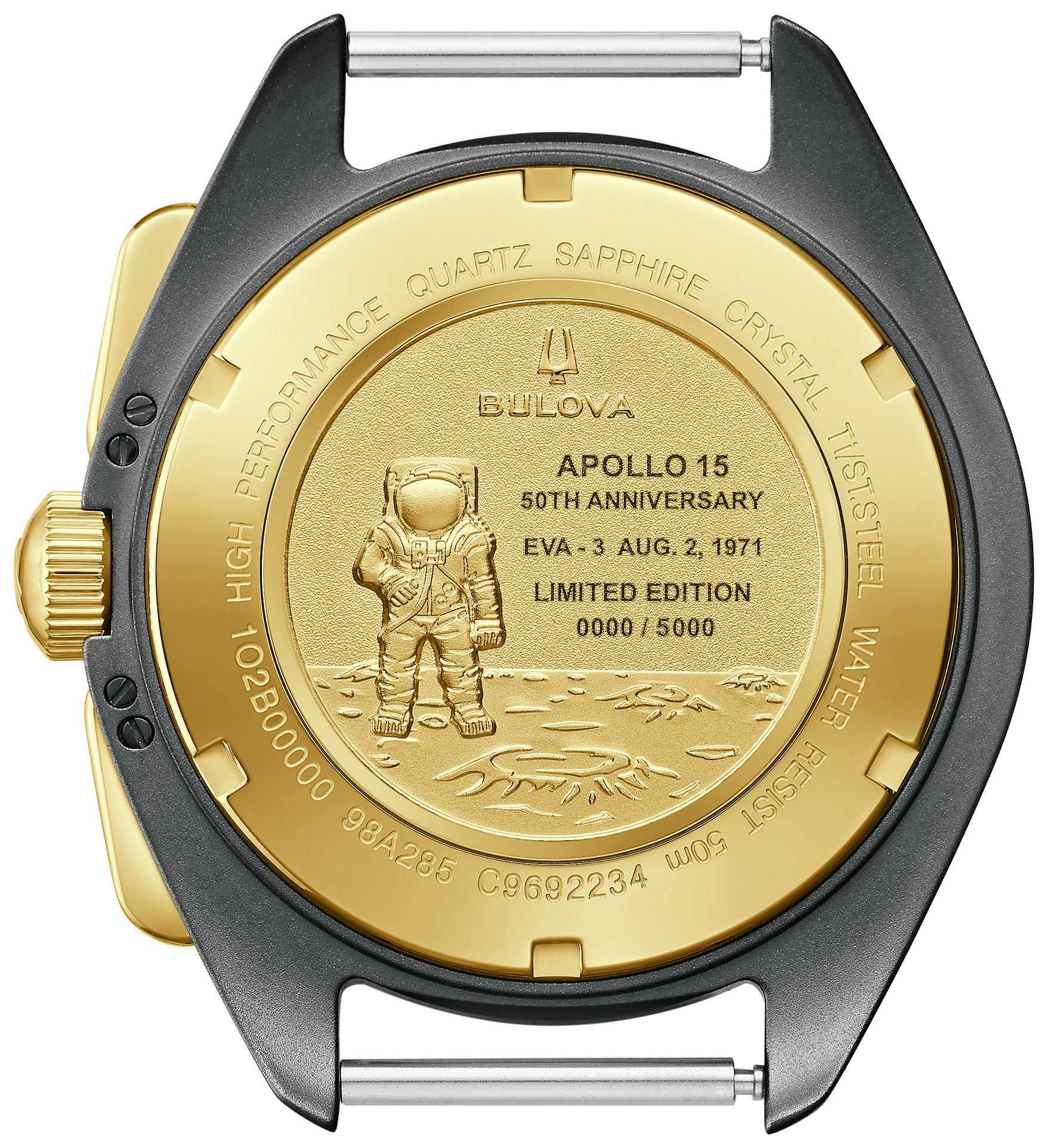 The new Bulova 50th Anniversary Limited Edition Lunar Pilot watch is a re-edition of that timepiece. It is a 45mm titanium cased watch with gold-tone accents and pushers. It is powered by a proprietary high performance, high frequency quartz movement, and boasts a blue sapphire crystal and gray NATO leather strap.
Just 5,000 pieces will be made, all sold in special packaging with storybook and commemorative NASA coin for $995.