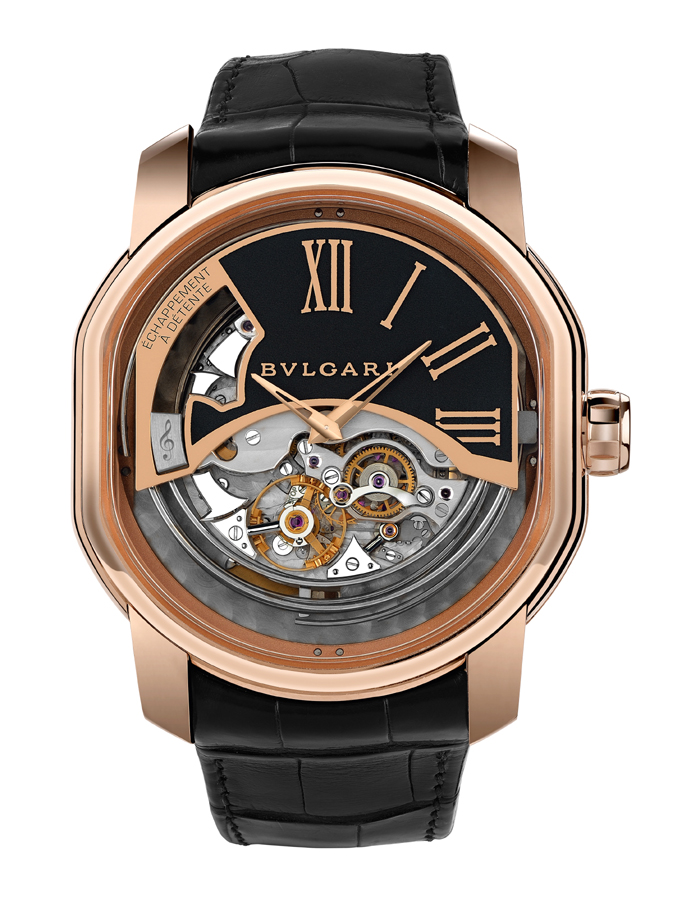 Back in January, before the SIHH, I was sitting at a dinner in Paris, wherein some watch collectors, watch journalists and execs were discussing which watch brands were really strong. When I brought up the fact that I believe that now that Jean-Christophe Babin (formerly fearless leader at TAG Heuer) is   at the helm of Bulgari we will see great things from the brand, I was pooh-poohed. No, the brand would not measure up. Well, I beg to differ. It has. 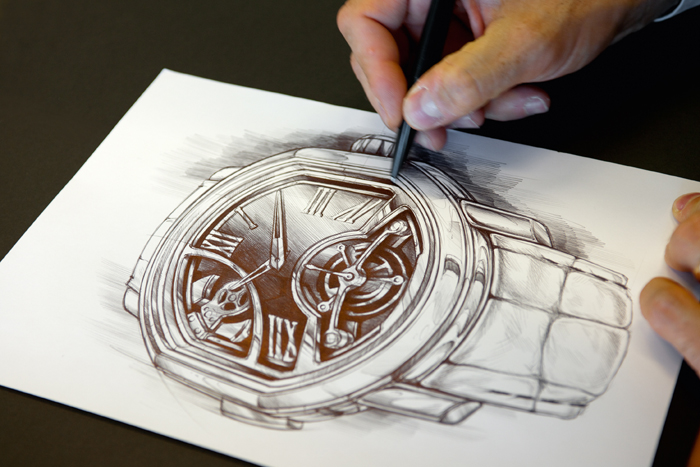 Bulgari Designs and sketches exactly as it sees the watch taking shape.

This year marks the 130th anniversary of the Italian House of Bulgari. While the brand started in 1884 as a silversmith, it quickly became a global household name thanks to its haute joaillerie prowess and then, years later, its watchmaking abilities. In fact, Bulgari has a rich watch past that spans more than half a century and — for the past few decades – even expanded by snapping up the Gerald Genta and Daniel Roth brands and bringing them full-swing into the Bulgari watch repertoire. 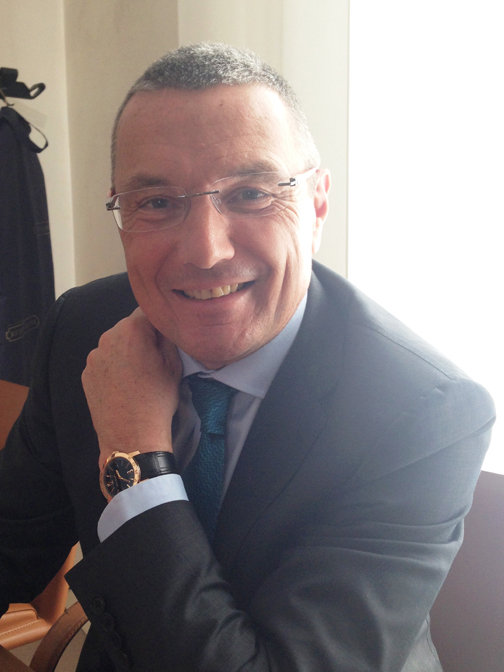 In March, I had the unique experience of joining Bulgari in Rome for the official celebration of the 130th anniversary of the brand where I saw the refurbished flagship boutique (done by American architect Peter Marino), witnessed the announcement of the brand’s cultural support of the city of Rome, got a tour of the gemstone room and craftsmanship laboratory (another story altogether), and — the piece de resistance – saw all the new product up close and personal. I even had great one-on-one time with Jean-Christophe Babin, CEO of Bulgari. 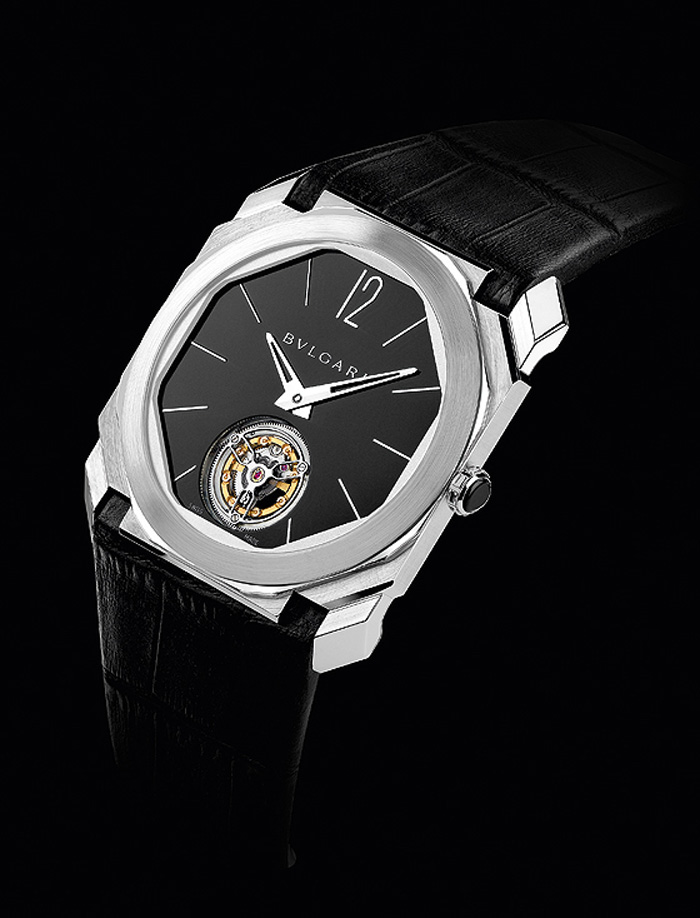 Granted, we have covered a couple of the new Bulgari watches here already, including the world-record-setting ultra-thin Octo Finissimo, which you can read about here.In fact, we were the first to introduce the Octo collection here when it was first released to the world a few years ago. Since then, the geometrically inspired watch collection has really taken shape (pardon the pun). 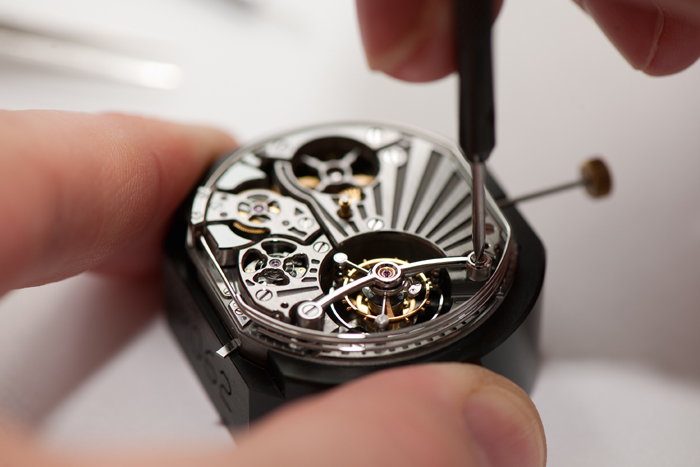 Thus, the Octo, along with a few other Bulgari watches, warrant a closer look. Today, we focus on a couple of men’s watches (the women’s watches are also meant for another story) that range from a simple (sort of), bold yet urban chic chronograph in the Octo Velocissimo to an amazing complicated watch in the L’Ammiraglio Del Tempo. 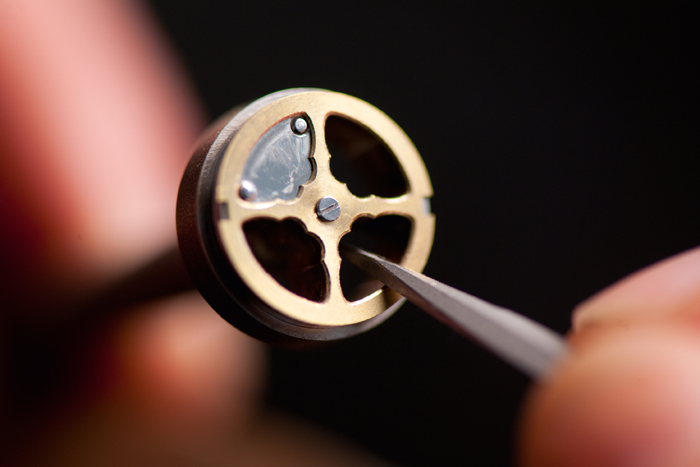 The horological complexity that is the L’Ammiraglio Del Tempo (translated as The Admiral of Time) is also a work of art and technology. The minute repeater watch with Westminster chime houses four hammers and gongs, a detent escapement (that re-transmits energy directly from the escape wheel to the balance) and a constant force device that distributes the energy evenly for superb precision. In all, the complicated watch houses 516 individual parts in its movement. It is housed inside a 50mm Daniel Roth case, wherein one of the lugs is actually the repeater slide mechanism. Sadly, just 30 of this watch will ever be made: 20 in rose gold and 10 in white gold. 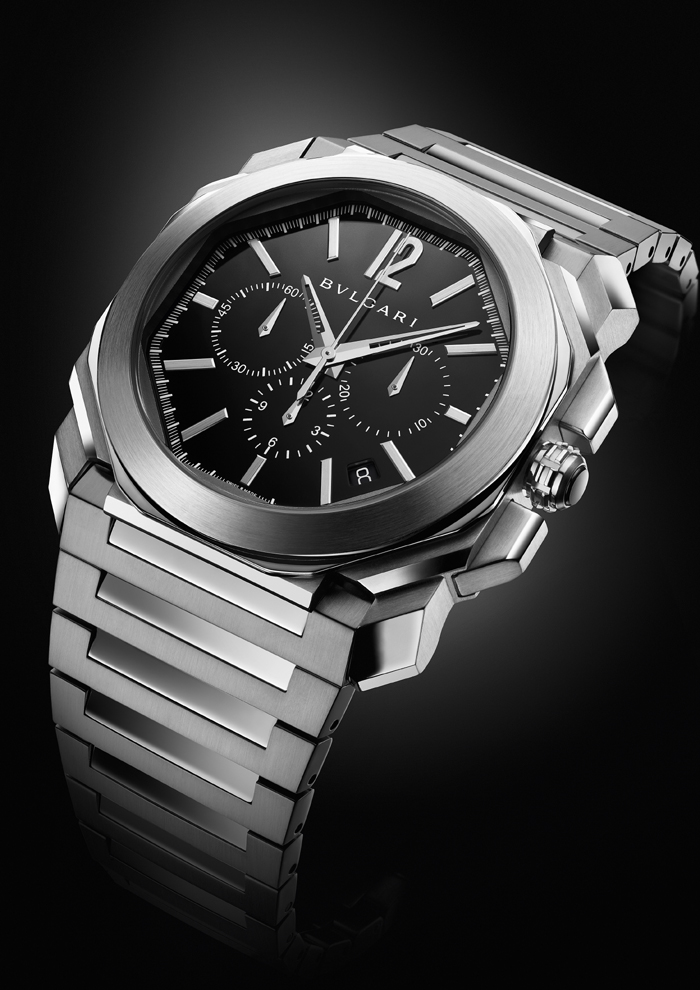 The Octo Velocissimo is the ultimate urban watch made for men with strong personalities. The chronograph, with counters arranged in a V shape on the dial, houses an integrated high-frequency movement (36,00ovph) and is equipped with a column wheel, silicon escapement and automatic winding – and 50 hours of power reserve. The case – offered in 18-karat pink gold or in steel, is a 41.5mm diameter. A transparent sapphire caseback displays the meticulously finished movement. 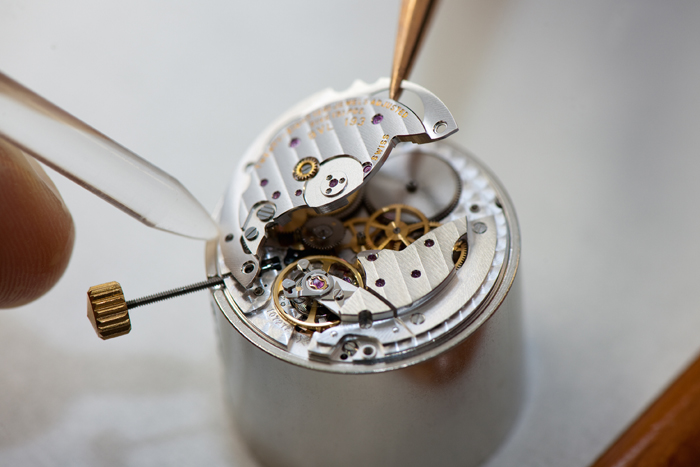 “We needed to make our own movement so that we could be 100 percent made in house,” says Babin. “Now we can prove our technical abilities as we move forward.” The ex mighty leader of TAG Heuer, it seems, is bringing his vision and determination clearly to the forefront at Bulgari.