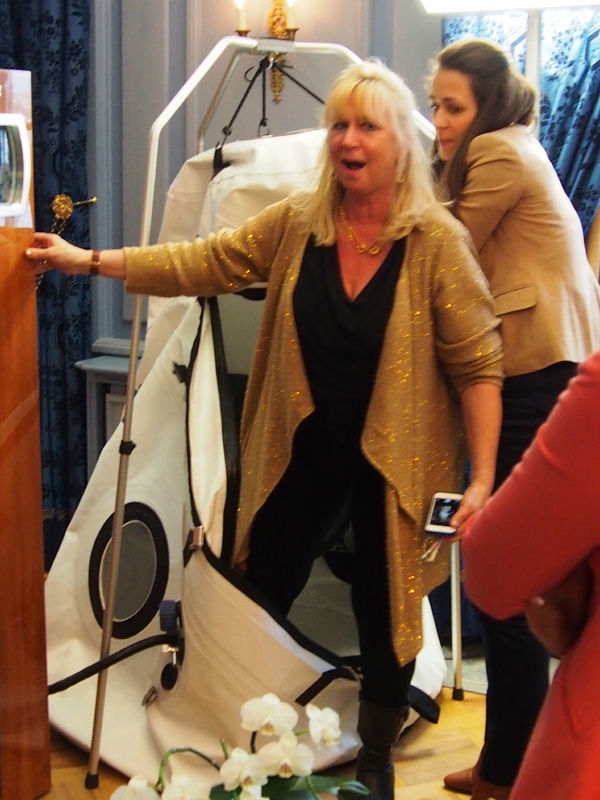 Experiencing the Breva Hyperbaric Chamber to see a watch gauge work – even though claustrophobic! (Priceless)

I’m slightly claustrophobic. Most people don’t know this about me – now many do. However, I share this with you because it is slightly relevant to today’s post. Recently, while truly studying the Breva Genie 01 watch, I had to stave off my fears and enter a small hyperbaric chamber if I wanted to see the watch’s barometer gauge actually work. After all, the barometric watch needed to experience atmospheric pressure changes if it was going to indicate the weather change for me. 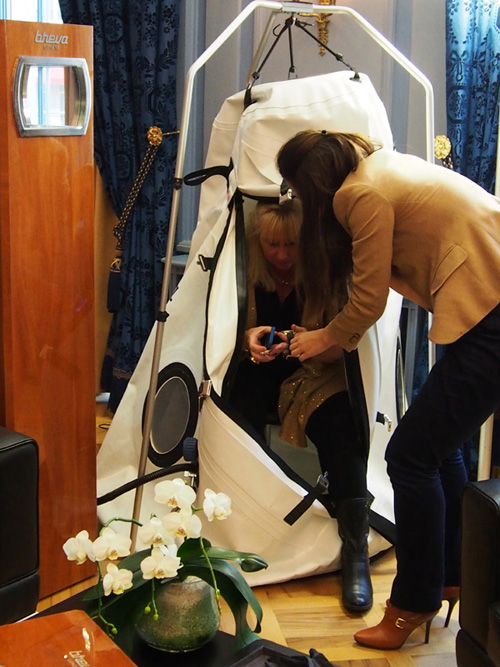 Entering the chamber at Breva.

Now, why else would I be there looking at this watch if I didn’t want to see it work? So, I didn’t waver when the brand execs asked if I wanted to enter the small 5-foot tall by 3 –feet wide chamber. In there, I was told, the changes would register and make the watch gauge move as it would out in the real world. I didn’t hesitate. Sure, I jumped up and walked over to the domed structure, crouched down and climbed in. I had to sit on a small chair inside the chamber while they zippered it up every which way from Sunday and then began pumping air in. 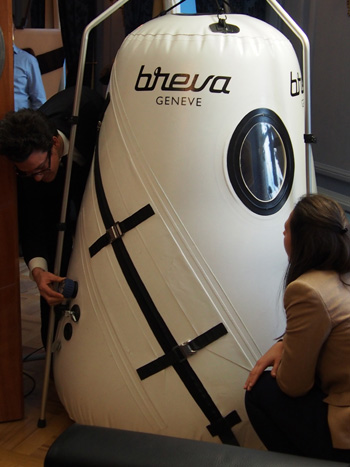 Well, I was so focused on seeing the watch operate that I forgot the enclosed space I was in. I even asked them to wait a minute before letting me out because I wanted to record it working. (That recording didn’t come out very well because the light inside the chamber wasn’t so good.)  Then, as they were dispelling the air and starting to unzip the chamber, the fears set in: What if they can’t get it open?  What if something goes wrong out there? How long do I have to say in here? Oh no, what was I thinking??  I couldn’t swallow; I realized it was really hot inside that chamber.  Panic started to swell ever so slightly. Then, voila! The chamber was unzipped and I was free. What an exhilarating experience that was!  Once out, I realized it really was hot in the chamber, it wasn’t just me. And, I realized, I got to see the gauge work – and that awes worth it to a watch junkie like me. 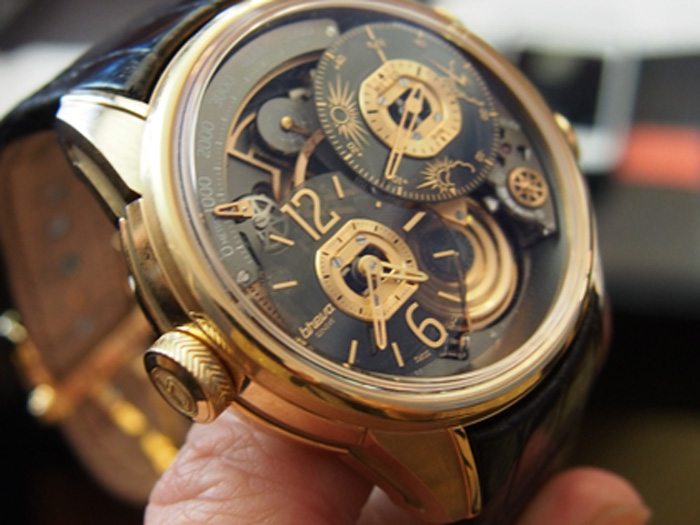 The Breva Genie 01 on which I wanted to see the gauge changes.

Of course if you are out there in the real world, you won’t need a hyperbaric chamber to see it work – it reacts to weather changes. Essentially the Genie 01, which houses a proprietary movement developed exclusively for Breva by Jean-Francois Mojon of Chronode, is the world’s first wristwatch that offers a barometer for forecasting weather, along with altimeter and time. This really cool watch offers a host of easy-to-read indications on the dial to keep the wearer fully informed about time, altitude, watch power reserve and weather changes. This is one great instrument for outdoor adventurers. It retails for $165,000-$170,000 for rose or white gold respectively. 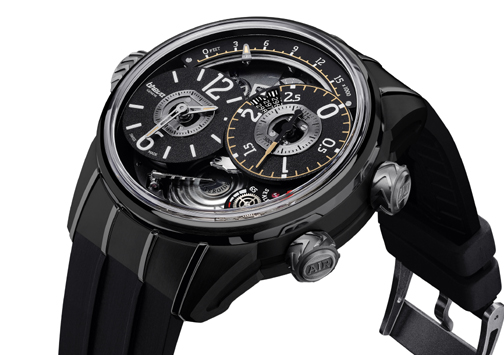 The all new Genie 02 Air watch with performance altimeter.

But this isn’t everything Breva has to offer. In fact, just introduced recently is the Genie 02 Terre watch, a high-performance mechanical altimeter.  Again this extraordinary 100-percent Swiss made precision instrument timepiece houses a proprietary movement developed for Breva by Mojon of Chronode.  The dial of this watch features the hours and minutes on a subdial at 8:00 and the altimeter on a subdial at 2:00 – displaying meters or feet. Arcing around the top of the dial is the large-scale altitude indicator, which displays up to 5,000 meters (or 16,400 feet). In order to derive the altitude, the watch needs to measure the air pressure. It does this via two aneroid capsules (visible at 6:00) and a high-precision arm that multiplies by 200 times the expansion and contraction of the capsules and relays the air pressure to the two altitude indications. This watch is produced in a limited edition of 55 pieces in titanium and retails for $132,000. 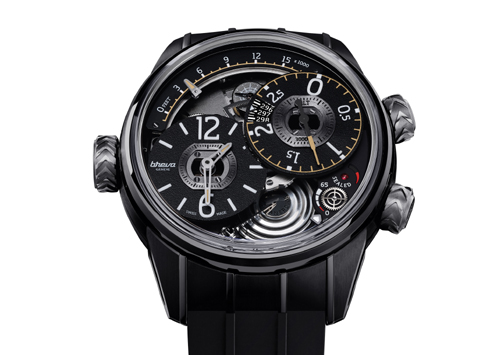 Next week, at BaselWorld 2014, the brand will be unveiling the Genie 02 Air watch, which is a slightly different rendition – with all of the same high-precision functions —  of the Genie 02 Terra.  Since we couldn’t bring you the video of the Genie 01 watch we took inside the hyperbaric chamber, we bring you, instead, a video of the newest Genie 02 Air – which will retail for approximately $132,000. See below.