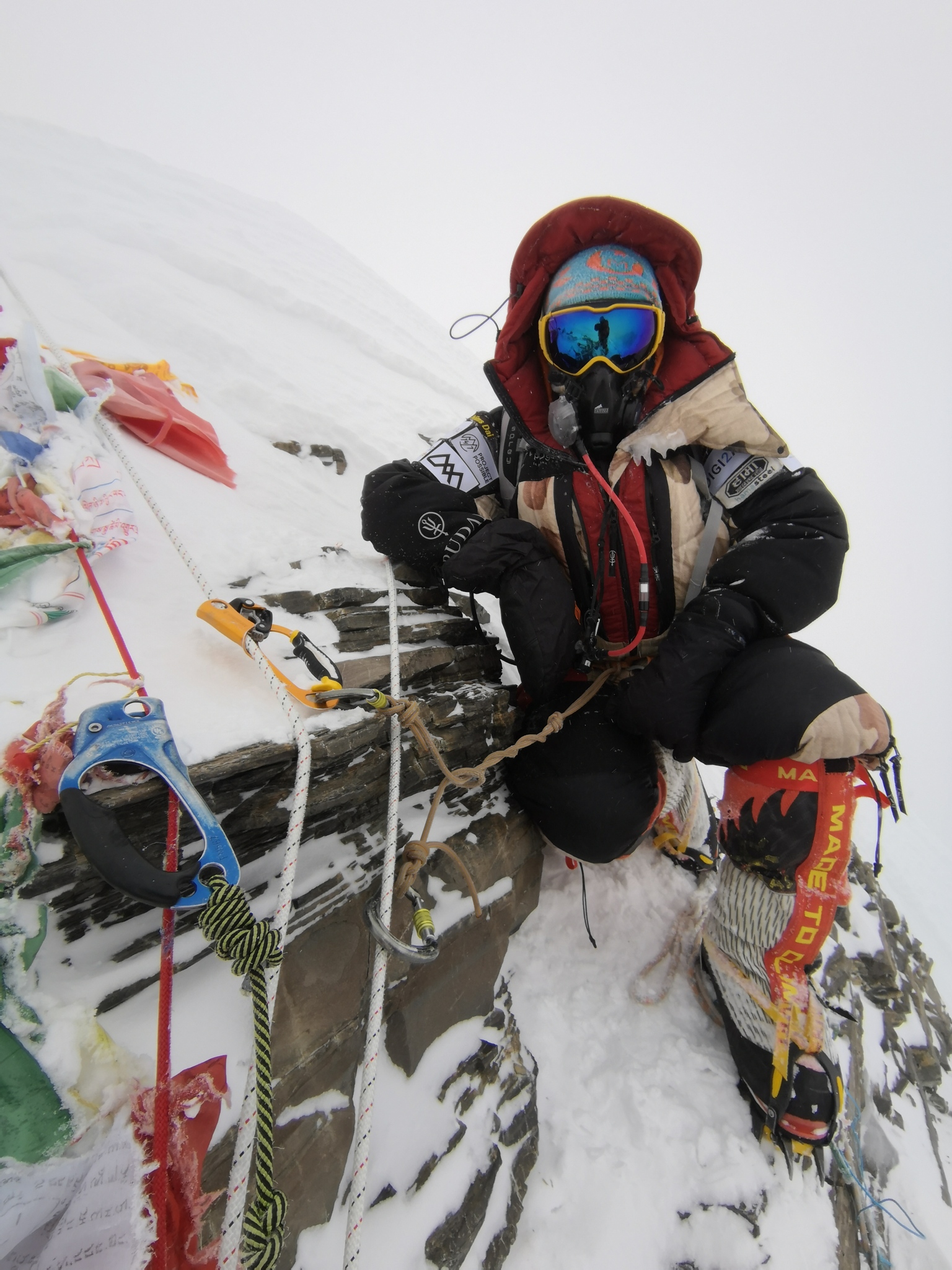 Nims on his Bremont Project Possible to summit 14 peaks in seven months.

British watch brand Bremont, a brand that is changing the concept of British watchmaking today, has been the quiet sponsor of an incredible attempt to climb the 14 highest mountains on Earth all within just seven months. Heretofore, the record for climbing these   8,000-meter-plus mountains in the Himalayas is 7 years, 11 months and 14 days. Climber Nirmal “Nims” Purja, though, is on his final leg of the journey that started earlier this year.

Bremont, a brand that produces marine and aviation watches for military around the world, is the title sponsor of what is called Project Possible – the extreme mountainteering feat by Nims, who is a Bremont brand ambassador. Throughout his climb,  Nims wears the Bremont S300 White watch, a robust Supermarine timepiece that is water resistant to 300meters. Retailing for just about $3,750, the watch features a unidirectional rotating bezel, Super-LumiNova hands and markers, and a 40mm steel Trip-Tick(R) case. The automatic chronometer movement offers 42  hours of power reserve and the watch is finished with a blue and white Nato strap that can weather the elements. 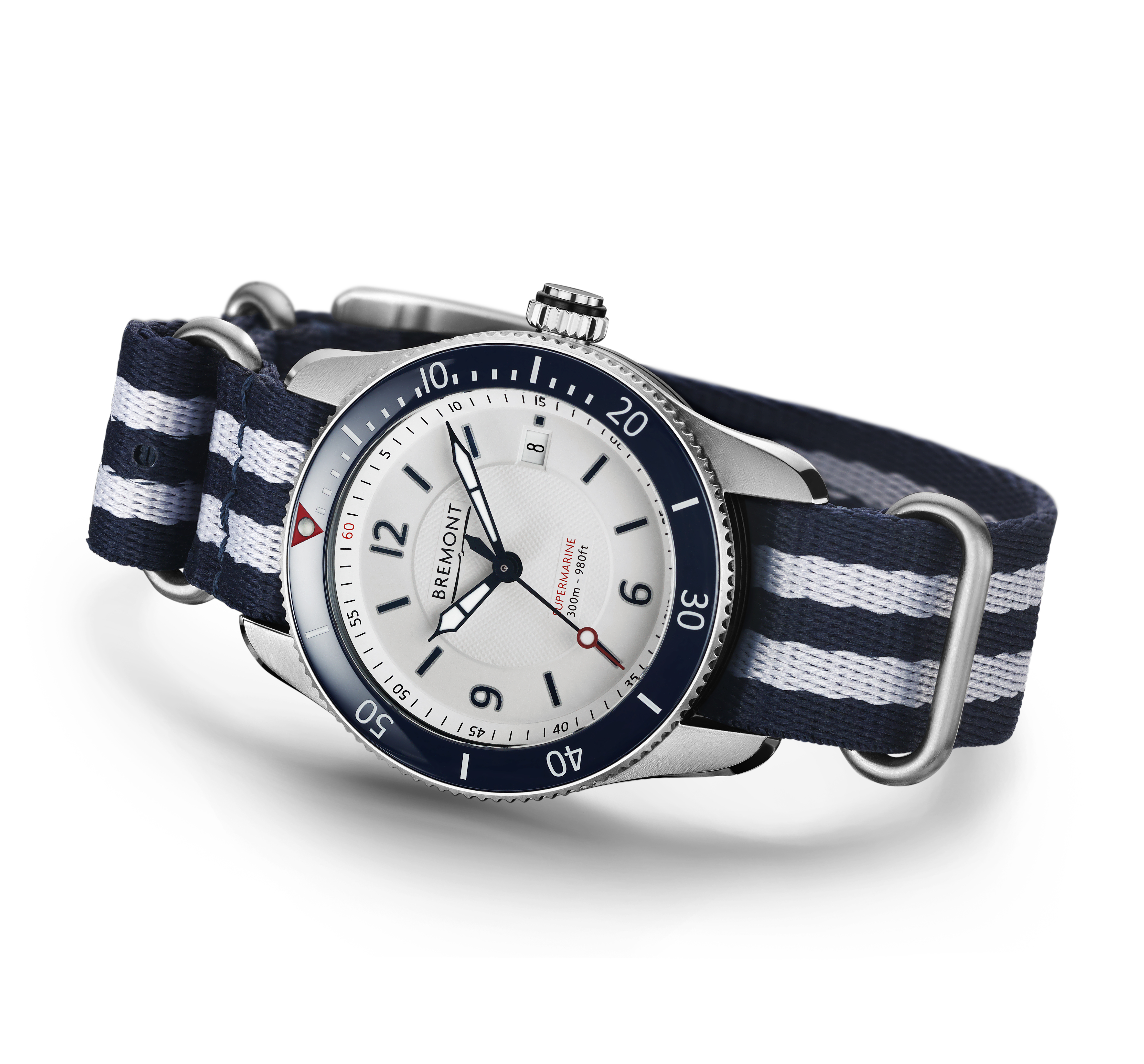 The journey, which is now in phase three, has been no easy trek.  Nims and his team have regularly spent hours upon hours acclimating at base camps and preparing fo the climates  wearing wet boots and summit suits. Most  of their days are more than 12 hours long — climbing all the while, and taking on the physical and mental challenges that they meet at every stage,d form changes in altitude to exposure to the elements. It is a constant study of risk versus success. In some instances they had to bypass camps that could offer rest in order to meet their summit goals. In other instances, they took precious time to help climbers at risk.

To date, though, they have summited six of the world’s highest mountains in four weeks – a world record. They include: Annapurna, Dhaulagiri, Kanchenjunga, Everest, Lhotse, Makalu. It was just about a third of the way through his climbs that Bremont came on as the title sponsor of Bremont Project Possible. This  funding came at a critical time in the expedition when Nims might not have been able to continue due to lack of financial support.

Here, we bring you a story behind-the-scenes story of Nims’  and his team’s trek up Annapurna, the 10th highest peak in the world, and the rescues they enacted.

“Living by his military service rule ‘leave no man behind’, Nims, a former Special Boat Service and Gurkha soldier, is leading heroic rescues putting his own chances of World Records aside to save lives. … ‘The clock’ started as he made his bid for the summit on Annapurna, the worlds most notorious mountain and is the 10th highest in the world. With a 35% death rate due to its technical difficulty & climatic instability if any mountain was going to prove that Nims could do this, Annapurna would. But it wasn’t a straightforward bid for the summit. The weather window narrowed, the days passed with the other summit windows being pushed further to the right – into the summer monsoon season. … [ Following] the exhilaration of summiting Annapurna, and during the descent, one of the climbers from an accompanying group went missing and was on the mountainside for 2 days. A rescue helicopter was called in and Nims took the lead of the team of 4, who were taken up individually to the point where the pilot had seen Dr Wui Kin Chin at 7,500m – too high for a helicopter to land.” 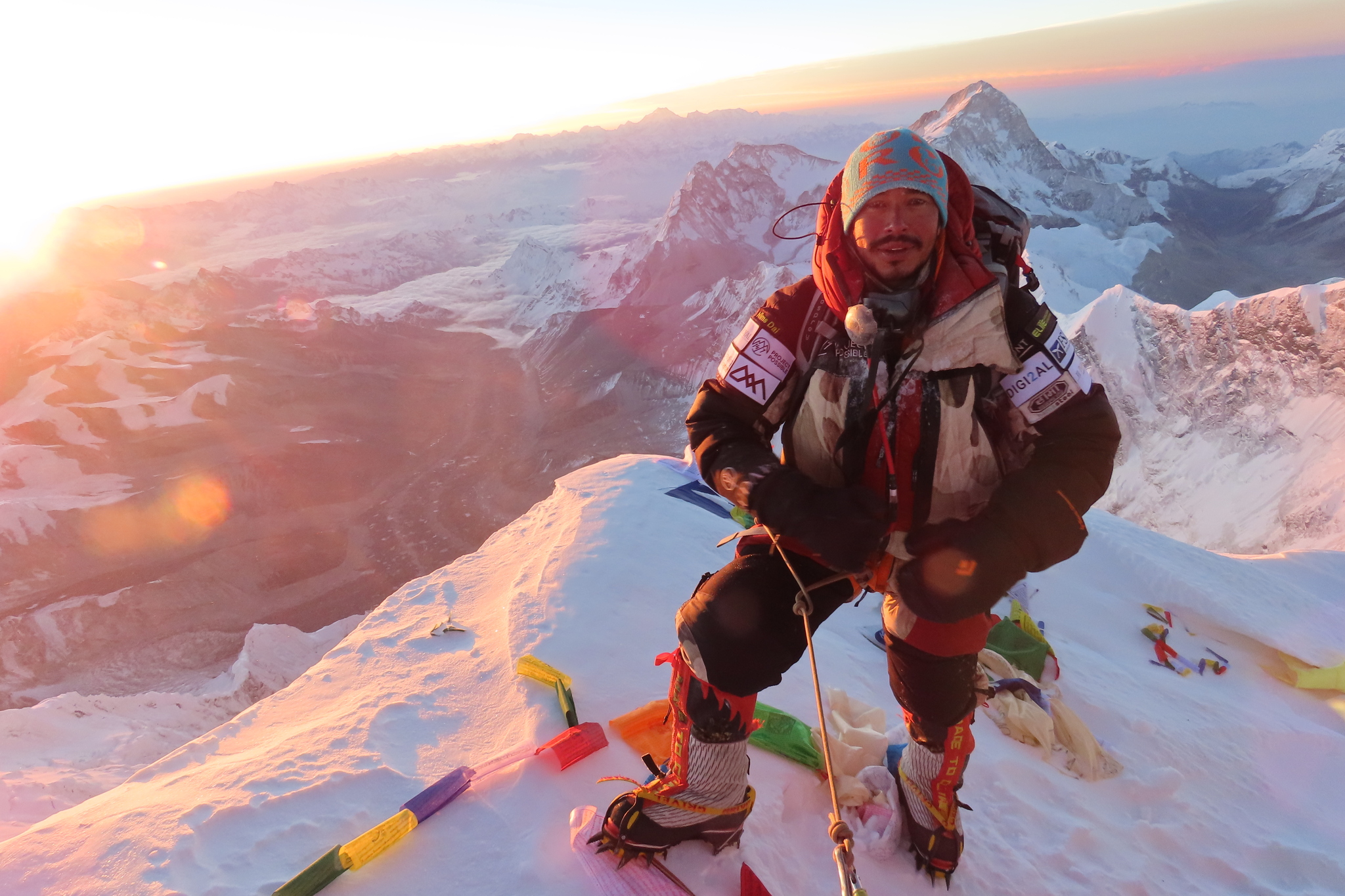 Mountain climber and adventurer Nims on the Bremont Project Possible quest to break a world record.

“When the altitude is too great then we have to do a ‘longline rescue”, said Nims,”We are literally underneath the helicopter and are dropped close to the site. We still had a long climb past Camp 4, the last base before the summit, and we realised that we had to work quickly.”

The rescue of Dr Wui Kin Chin was widely documented and whilst Dr Chin was rescued by Nims and his team off Annapurna enabling a medical transfer to his home in Singapore, tragically Dr Chin passed away from his injuries.

This was not the first time that during a World Record climb Nims has been involved in a rescue.

“When I first started, my training was geared to climbing Everest without oxygen”, said Nims, “In 2016 I was executing a solo attempt on Everest when I came across a fellow climber who had been passed by other climbers. Being a Gurkha and a former member of the Special Forces, we never leave any man behind. I used everything I could to bring her below the ‘death zone’ for a rescue. I have never been that tired before.”

Nims and his team executed further rescues during their climbs. Now, with the last stage before them, Nims pushes forward to achieve his goal. In Phase 3 he will scale his 10thsummit, K2, and then on to the final four.