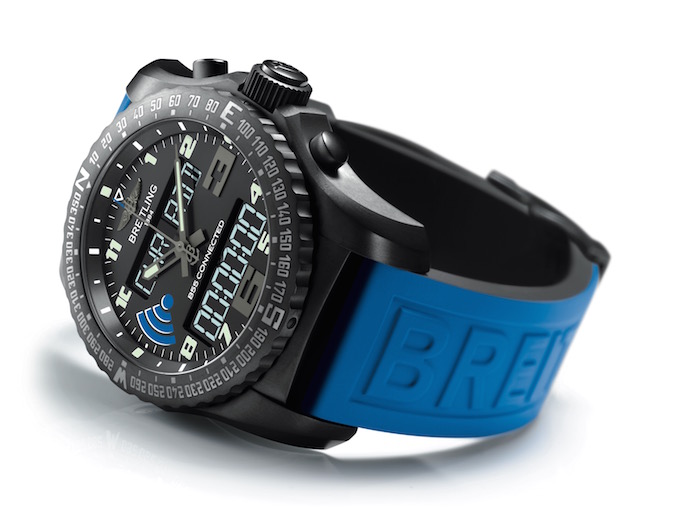 Out of all of the new tech-integrated watches released by traditional brands, Breitling’s B55 Connected Chronograph (announced at the 2015 BaselWorld) is perhaps one of the most exciting ones. Mostly because it is a fun watch that has a very authentic feel to it in both design and function. The brand has embraced an ultra-technical look that is in keeping with its image, and then enhanced it with the connectivity needed to bring it to the new Smart watch level.

The design of the B55 Connected is uniquely identifiable with its titanium casing with a black carbon-based coating and black dial. Fashioned with a blue wireless symbol and blue strap, the B55 is a redesign of the brand’s 2014 Caliber 50. However, Breitling has certainly upped the ante this year.  Powered by Breitling’s thermocompensated in-house SuperQuartzTM movement, which 10 times more accurate than standard quartz, this multifaceted chronograph has both analog and digital 12/24-hour LCD backlit display. 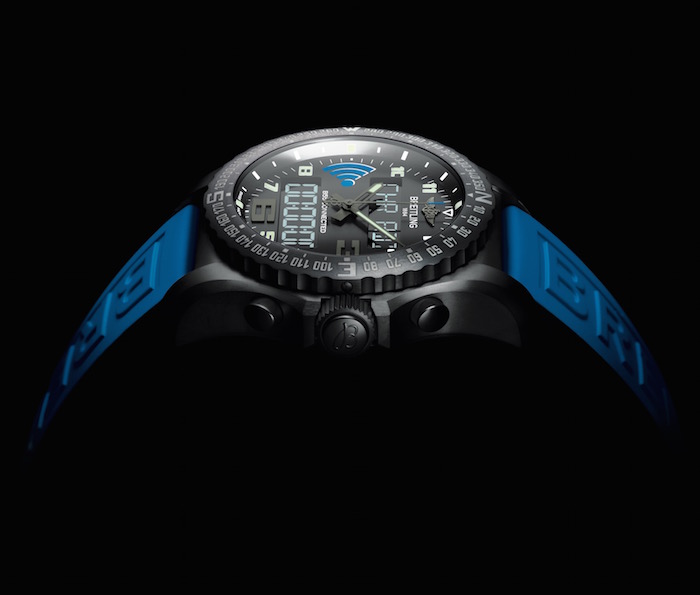 The B55 Connected Smart-watch

As an independent horological timepiece, the B55 Connected  gets its smarts by pairing with your smartphone to manage options such as time-setting, dual time zone display and alarms. With its 1/100th of a second chronograph, coordinated UTC, and perpetual calendar this timepiece utilizes all of the intelligence that the ergonomical smartphone has to offer without sacrificing the watch’s true function. Breitling reliability and precision was set and tested at the highest benchmarks as the B55 is chronometer-certified by the COSC (Swiss Official Chronometer Testing Institute)

As the official supplier to world aviation, Breitling’s  B55 is the ultimate pilot’s instrument with its “chrono flight” device designed to memorize and record takeoff and landing times and dates.  All of this is easily managed through a control mode by which the crown is the function selector and each push piece is the activator/deactivator. All visual functions are through a unique backlighting system on the watch that can be activated by pushing the crown or by simply tilting the timepiece at a 35 degree angle. The B55 Connected offers a variety of technical functions with technological fashion making it truly avant garde. 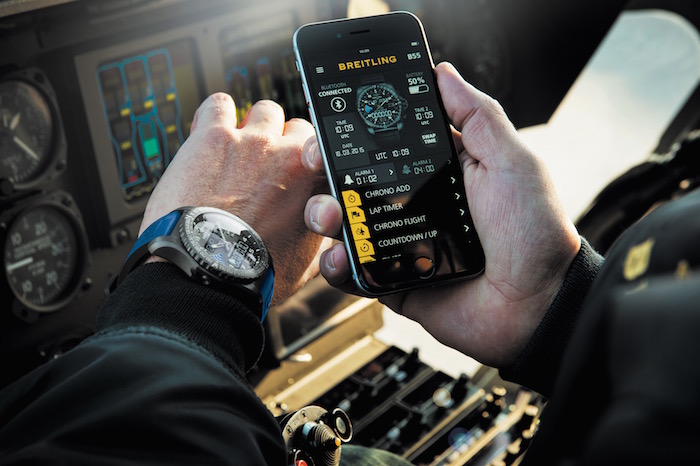 A True Pilot’s Instrument At Work

Because this is a prototype and production stages haven’t begun, we still don’t have the nitty gritty details such as the battery life. We do know about Breitling’s ingenious miniature rechargeable battery system, which can be charged through a magnetically connecting cord either through a USB port or the main grid. As soon as we  learn more about a release date and pricing of Breitling’s exciting new B55 Connected smart-watch we’ll have it right here for you at ATP.  Stay tuned. 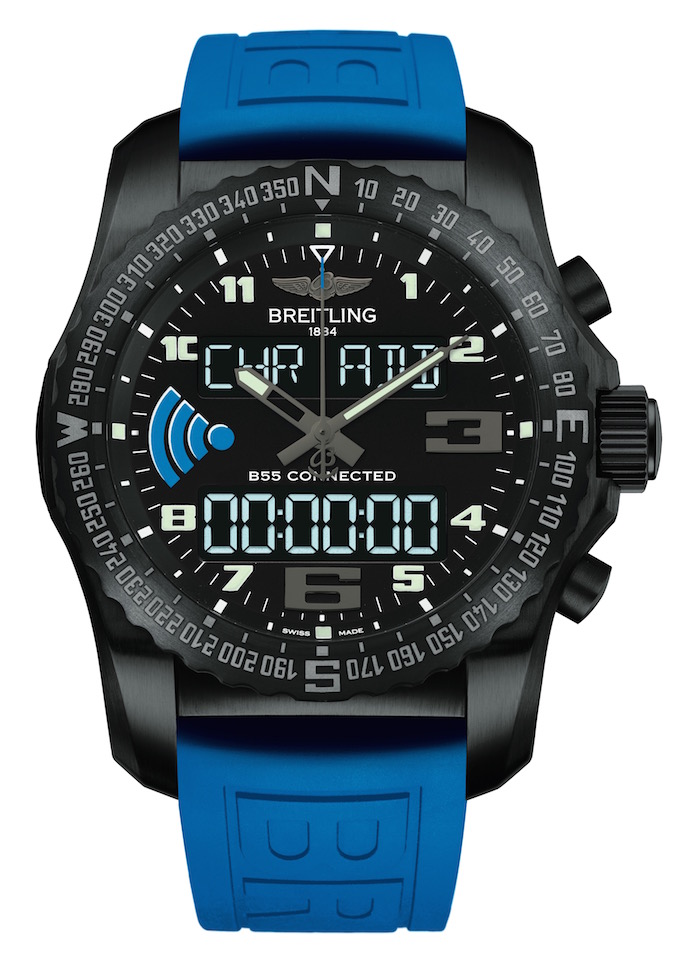 The Prototype B55 Connected