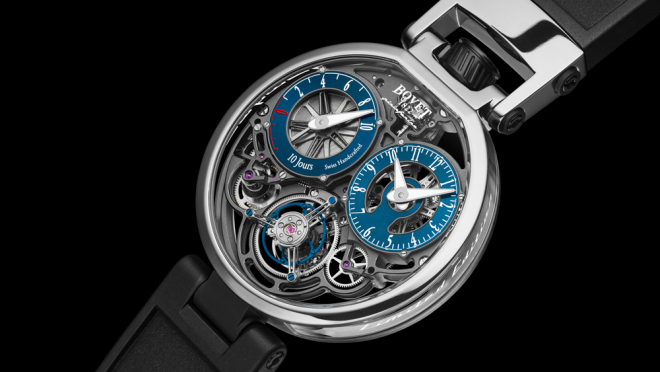 In a bold and beautiful move,  Bovet is releasing the newest OttantaSei Tourbillon platinum watch — the result of an on-going collaboration between Pascal Raffy, owner of Bovet, and Paolo Pininfarina, well-known Italian businessman and owner of Pininfarina car design company (which has ties to and been hired by the likes of Ferrari, Alfa Romeo, and Maserati). The newest Bovet OttantaSe Tourbillon deftly captures the design aesthetics of both creatives. It is offered in a limited edition in platinum and just 10 will be made. There are, however,  86 of this particular movement hand-made by Bovet on reserve.

The relationship between these two top luxury brand began when the executives first met in 2008 and realized that had a shared passion and appreciation for the design and attention to detail that goes into crafting luxury items. They decided to collaborate, and their work together resulted in the 2010 release (to celebrate the 80th anniversary of the Turin,Italy, based Pininfarina) of the Ottanta tourbillon.   The success of that watch resulted in a continued partnership between the Italian design company and the Swiss watch manufacturer. 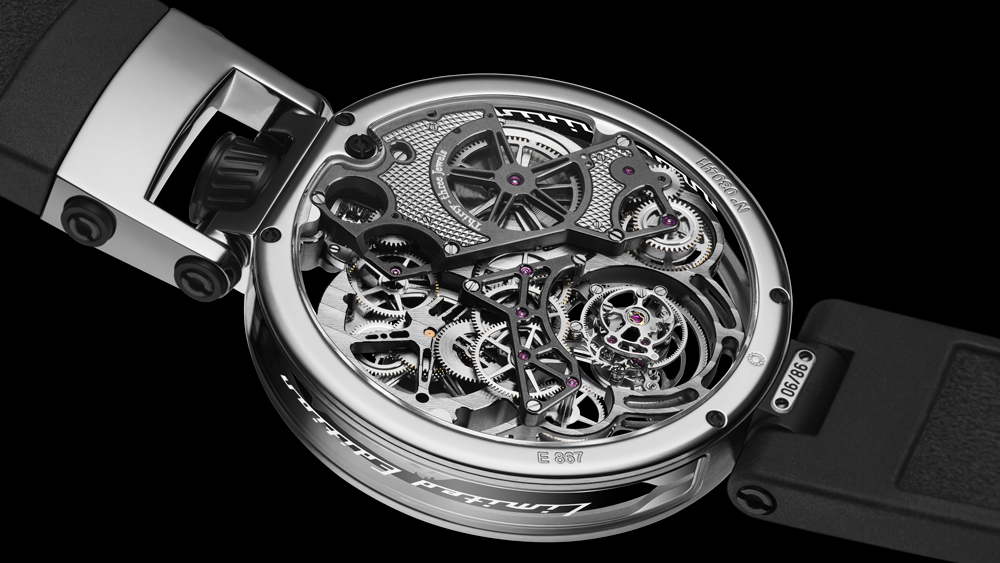 The OttantaSei watches have become a pillar for Bovet. When first unveiled to the world, they captured minds and hearts with their lightness and beauty. In fact, it was Pascal Raffy’s mandate, with the original OttantaSei, that the mechanics of the watch (much like the mechanics fo a car ) be the focal point, and be underscored by lightenss in both weight and luminosity. The collaboration in the creation of the piece featured input from both companies from the initial design phases.

The new OttantaSei Tourbillon has three main mechanical pillars of the watch movement — energy, time display and the regulating organ (a patented double-sided flying tourbillon) — were the highlight. This design decision led to each component being placed in such a way as to maximize balance and symmetry. The movement and case were considered a single entity and developed together to maximize the visual theme, transparency and ergonomics.

The Bovet artisans have totally worked the finishings of this movement and case and reduced the thickness of the   timepiece. A single barrel keeps the double-sided flying tourbillon revolving for more than 10 days,  which ties to the energy theme. The architecture of the tourbillon and its design increase both the accuracy and transparency of the watch, as the attachments are almost invisible to the naked eye. Finally, a spherical differential reduces in half, the time it takes to wind the piece without increasing the torque of the winding mechanism. These innovations lead to the filing of three international patents. The watch is crafted in platinum, measures 44mm in diameter (with a thickness of 12mm) and is offered on a  rubber strap for sporty appeal. Just 10 will be made, each retailing for $232,200.