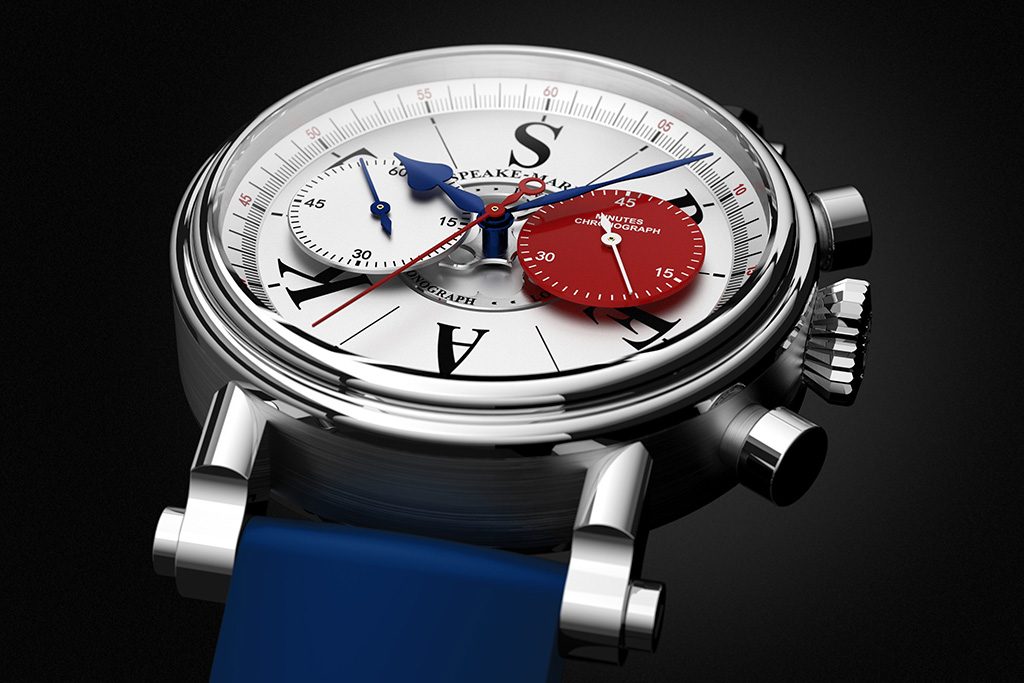 This year at SIHH, the Speake-Marin brand not only announced that it was now working with veteran watch designer Eric Giroud, but also the brand unveiled  several important new timepieces, Easily one of our favorites is the new London Chronograph,  a nod to the British roots of the brand. After all, its original founder, Peter Speake-Marin, was British and brought a lot of that watchmaking culture to the forefront in the brand. Now that he has left the company, there is no reason the brand should not continue with the successes of certain collections. Such is the case with the London Chronograph. This new second iteration, created  in a limited edition of just 15 pieces, houses the Valjoux 92 Caliber and offers a bold  and colorful aesthetic.

To understand the significance of the latest London Chronograph you must first understand the history behind the Valjoux 92 Calibre. The movement was The movement of chronographs in the 1950s and as many lines look to tap into the now vibrant vintage watch culture, this movement is sure to strike a lot of queues. From a functionality standpoint, the movement is noticeable at a glance as it features two rather than three sub registers. The movement was used by notable brands such as Patek Philippe, Rolex and Tag Heuer. The use of the calibre was cut short by the quartz revolution of the 60s and as a result the appearance at the movement is quite rare. The movement components used for the London Chronograph were stored in a safe for many years and have been assembled by a Speake-Marin master watchmaker in their Swiss atelier. 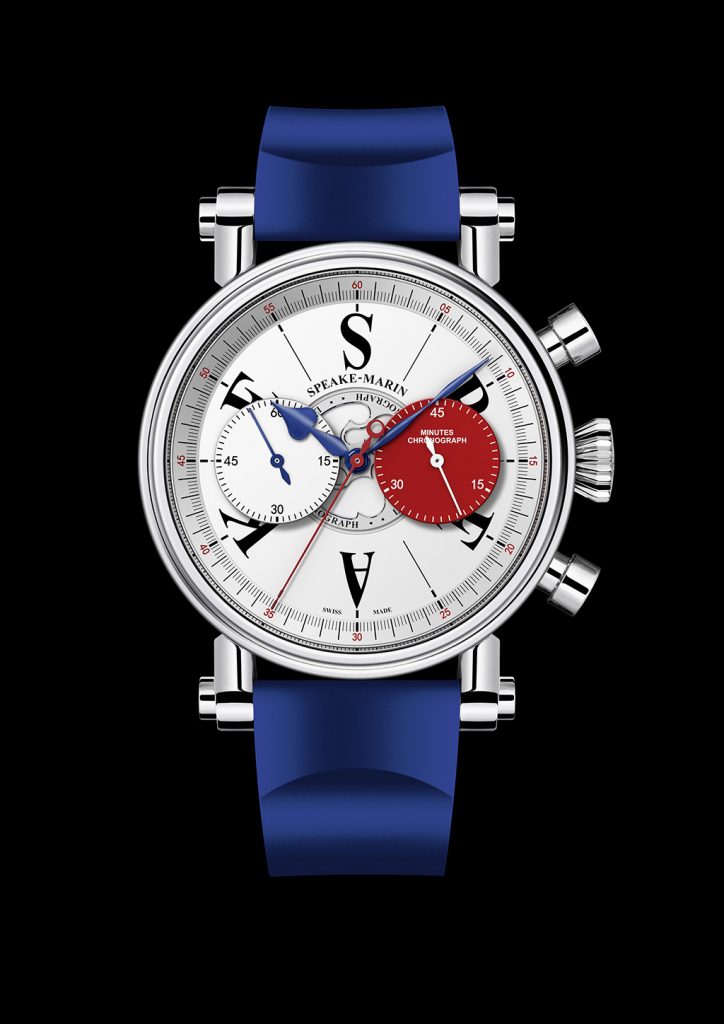 The raised chronograph sub-dials on the London Chronograph give 3D depth to the dial, which Speake-Marin offers in British red, white and blue colors.

The London Chronograph is offered in a 42mm titanium case, and sports a unique three dimensional white dial. Two floating counters add the dimensionality to the dial with the red sub register measuring minutes and the white measuring seconds. The red colour of the chronograph function is an homage to sport racing counters, while the blue colour is used for the hours, minutes and second function. At the centre of the dial, the central rotor is shaped like the Speake-Marin symbol and rotates with the hours. This central rotor is engraved with “London” and “Chronograph”, two words that appear at 12 o’clock and 3 o’clock respectively. From a design standpoint, the London Chronograph is the first time the manufacture has replaced traditional indices with letters spelling S.P.E.A.K.E.  The watch  boasts a 40 hour power reserve and comes on either a blue rubber strap or calf leather strap. It will retail for approximately $18,000.

The Speake-Marin London Chronograph retails for about $18,000.

To me, this piece checks off all of the boxes for a vintage inspired watch, taking cues from the ’60s:  Vibrant colors? Check. Bold dial face? Check. Hyper unique look and feel? Check! I love everything about this piece and nothing in the industry looks quite like this from a design standpoint. So if you like this watch, you need to hurry because the brand is only making 15 of these. Act fast before they’re gone, don’t go wasting too much time looking around, reach out to Grenons of Newport who just might be able to help.

Meanwhile, Speake-Marin had a host of other new pieces, as well, with a focus on skeletonized and open-worked dial. We will bring you more about those soon.