Baselworld Becomes HourUniverse With Dates For 2021 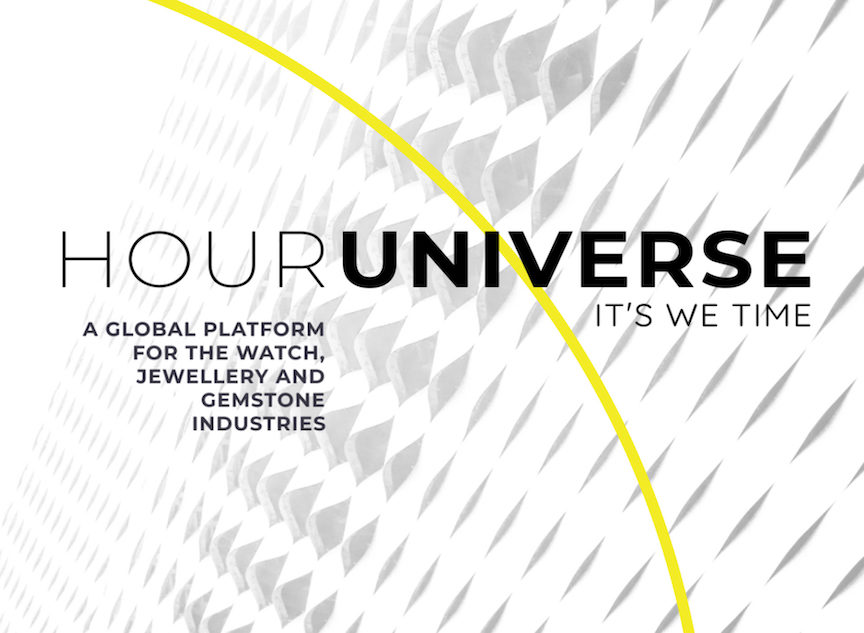 Ok, I am not sure if it gets any hokier than this. Baselworld has renamed itself “HourUniverse” — maybe that’s ok  because, let’s face it, it is all about our watch and jewelry wold — but it now has a tag line of “It’s We Time.”  Of course that “we” is referring to everyone in the industry getting together in one location — the same location as always — at one time, but somehow it loses a lot in translation, in my opinion. It’s we time …. it’s play time … it’s story time. I feel like we are children here. No matter, the fact is that Baselworld has renamed the show to HourUniverse and has set the timeframe for April 2021, ensuring that the dates will align with the Geneva Watches & Wonders show.

The MCH Group — which manages the Baselworld (now HourUniverse) show — has had a lot of bad press in recent months. With so many top brands withdrawing from the show and so many discussions and arguments over refunds for the canceled 2020 show — many naysayers hoped the show would die. Those who recognize the value of another meeting place (not just Geneva) hoped the management would develop a solution that works for everyone.

MCH Group feels that by opening the show up to jewelry brands, gem dealers, Certified Pre-owned businesses and watches, the show might become more inclusive than it has in the past decade or so. This is more in keeping with what the Basel Watch & Jewelry show was decades ago. The new format, according to a release issued by MCH, will be both in person and digital.

The MCH Group claim is that the brands and exhibitors will be the main focus of this meeting place, and that they will strive to keep everyone happy with fees, policies and more. The press release touts the show as a B2B2C meeting point. This is no different from what it has always been. However, they are stating that there will be a “new hospitality concept based fair prices and supported by the local hotel industry.” Let’s see what that amounts to, or if it happens. The “fair” prices set by hotels for the 2019 show that got canceled weren’t really fair.

Additionally, in terms of the event, MCH Group says that there will be a digital platform that will have a live component at the show, and that will offer content year round. They are also promising “touch & feel experiences” and other concepts. Exact details, though, were not available — but there are promises of issuing those details in late August.

Personally, I feel the industry needs more than one show in Geneva. Even though all the big guns have departed HourUniverse (including the LVMH Group, Patek Philippe, Rolex, Tudor, Chanel, Breitling, the entire Movado Group, the Timex Luxury division and so many others), there are many smaller brands and independents that don’t have a place holder at the Watches & Wonders Geneva show and need to be seen somewhere. However, HourUniverse has just one real shot at this — at getting it right — so they really can’t blow it. Time will tell.