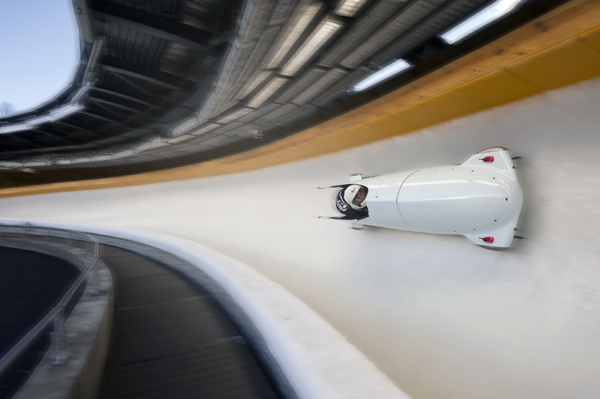 Omega measurement unit on the bobsleighs.

This year, Omega celebrates 78 years of timekeeping with the opening o f the Olympic Winter Games in Sochi, Russia, this week. In addition to nine Omega Countdown clocks that have been spread across the Russian Federation, Omega brings in mega technology and personnel to continue its Official Timekeeping role for the 26th time since the 1932 Olympics in Germany. Back then, a single technician was equipped with 27 Omega stopwatches used to time each event. We’ve come a long way, baby. 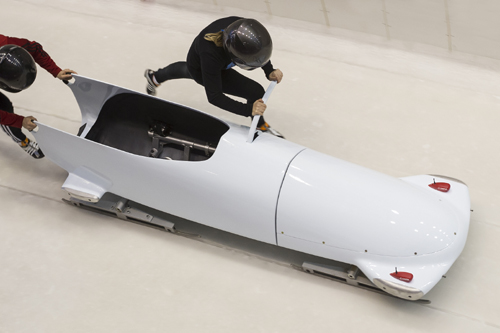 Today, Omega’s presence at the Sochi Olympic Winter games includes an impressive 260 on-site professionals, supported by 170 trained volunteers, 230 tons of equipment and so much more – all to bring live, exact timing to the forefront. We brought you news of the high-tech timing from this brand at last year’s London Olympics and you can review that here. Then, in December, we also brought you a preview of the all-new technology that was tested in Lake Placid (among other places) for bobsledding. You can read about that trip here. 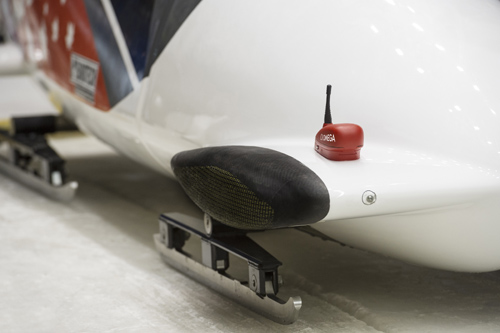 The unit installed on the bobsleighs is quite complex.

Now, with the Olympics around the corner, Omega releases new bobsleigh technology timing via an innovative device mounted on each bobsleigh that consists of a speed sensor (to record the bobsleigh’s speed throughout the entire run), a 3D acceleration sensor (which determines forces acting on the driver during the run) and a 3D gyro-sensor (to determine the angular velocity of the sleigh – or the speed as it rotates round the track) all acquiring data in real time. This in-run data is instantly available to the teams, their competitors and television viewers globally. The development of this t Omega measurement unit started nearly three years ago, and proved to be a challenging endeavor. Still, as Omega has done time and again, the brand’s timing division rose to the occasion, providing nearly undelayed wireless transmission of live data. Now the concern is: who will win? 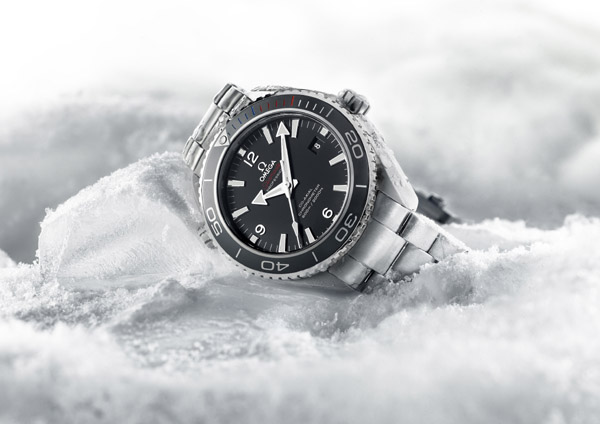 Also new for the Olympics in Sochi, Omega introduces several new limited editions watches. One is the Omega Seamaster Planet Ocean 45.5mm “Sochi 2014” watch created in 2,014 pieces for women and the same number for men. The unidirectional rotating diving bezel of this watch is fitted with a matt black ceramic rim with chromium nitride divers’ scale with – in tribute to the colors of the Russian Federation flag – the minutes 1-5 in blue lacquer and 6-10 in red lacquer. The caseback features the Sochi 2014 Olympic logo. The men’s watch retails for $6,600, while the winter white women’s watch (with red “6” and blue “9”) retails for $6,30.. 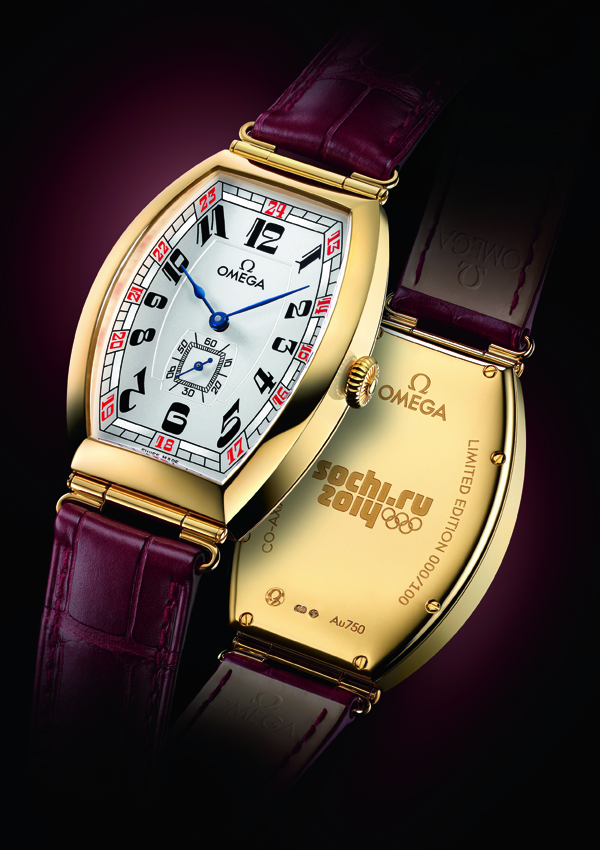 Omega also unveils the stunning new Omega Sochi Petrograd – a tribute to the host country and a look back on a timepiece originally produce for a prominent Russian leader in 1915. The tonneau shape of the 18-k gold case offers vintage appeal, with an added twist, as bold red 24-hour numbers accent the white and blue hands in honor of the Russian flag. Just 100 pieces will be made – each housing the exclusive caliber 2202 with co-axial escapement. It retails for $18,600.