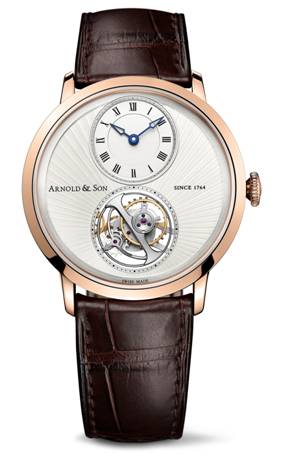 We have written about Arnold & Son before, but now the brand elevates its watchmaking to an all new level with the unveiling of the UTTE —  the thinnest tourbillon watch on the market today – with the final cased watch measuring a mere 8.34 mm thick. The new UTTE (referencing the Ultra-Thin Tourbillon Escapement) is equipped with the A&S8200 movement that measures just 2.97 mm thick. This new calibre A&S8200 was developed, designed and manufactured entirely in house at the brand’s La Chaux-de-Fonds workshops. This superbly engineered wristwatch is part of the brand’s Instrument Collection that combines instrument precision with classical styling.

The A&S8200 movement – and the ultimate UTTE watch – is the result of several years of research and development, and boasts important features and functions, including a double barrel that makes it possible to offer 80 hours of power reserve. The UTTE is the thinnest tourbillon wristwatch – with the case thickness at 8.34 mm and a movement that is just 2.97 mm thick. Additionally, while the movement diameter is 32 mm, the tourbillon cage is a massive 14 mm in diameter – thus occupying almost half of the movement space 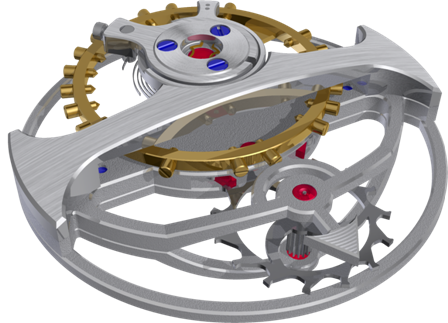 The tourbillon escapement of the UTTE

for impressive clarity. To ensure a long power reserve of at least 80 hours, the brand implemented two barrels to offer more constant force and unprecedented power reserve for an ultra-thin tourbillon – one with a spherical tourbillon cage. In fact, the flying tourbillon cage is not inset into the calibre, but instead rises out of the movement, through the dial, and achieves the same height as the hour and minute hands. With an eye toward every detail, and the desire for harmonious appeal, the watchmakers removed all visible screws so the spherical tourbillon cage appears beautifully balanced. The only visible screws are on the regulator. In typical Arnold & Son style, the exquisite movement is crafted in nickel-silver, and all components are hand chamfered, polished and decorated. UTTE is created in either 18-carat red gold or palladium (a rare alloy in the watch world.