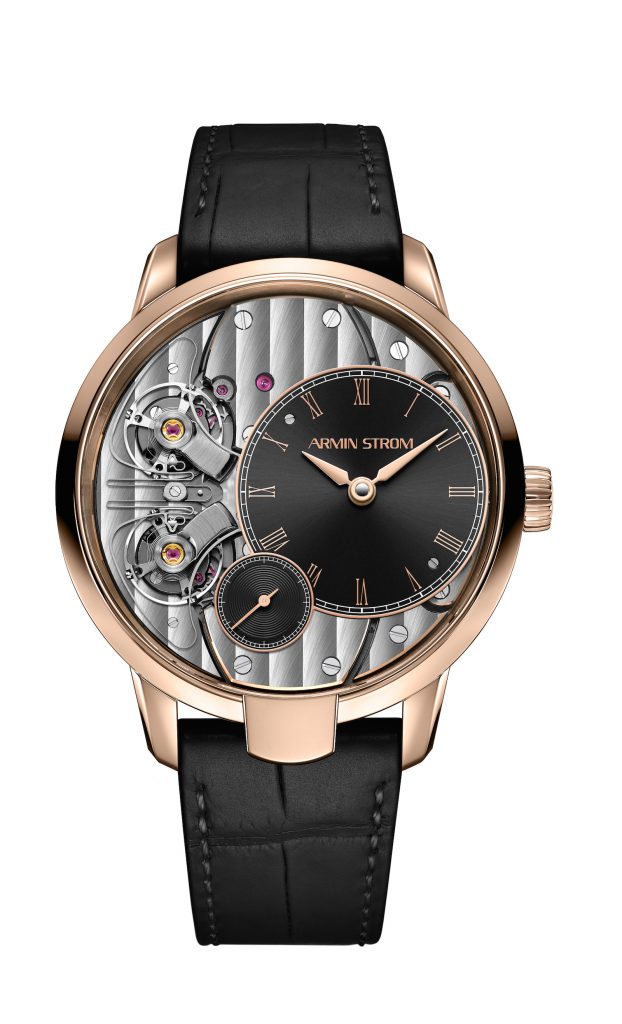 We have written about Armin Strom’s Resonance watches here before on several occasions as they address issues of chronometry and precision. We also conducted a video interview with Claude Greisler of Armin Strom. Also, as mentioned before, Armin Strom themes its watches according to the elements: Air (made of lightweight titanium), Fire (made in 18-karat rose gold), Water (made in steel) and Earth (crafted in black PVD steel). As such, the New Pure Resonance watches unveiled at Watches & Wonders Miami are essentially the exact same in terms of mechanics and design, but they differ in case materials and dial colors. 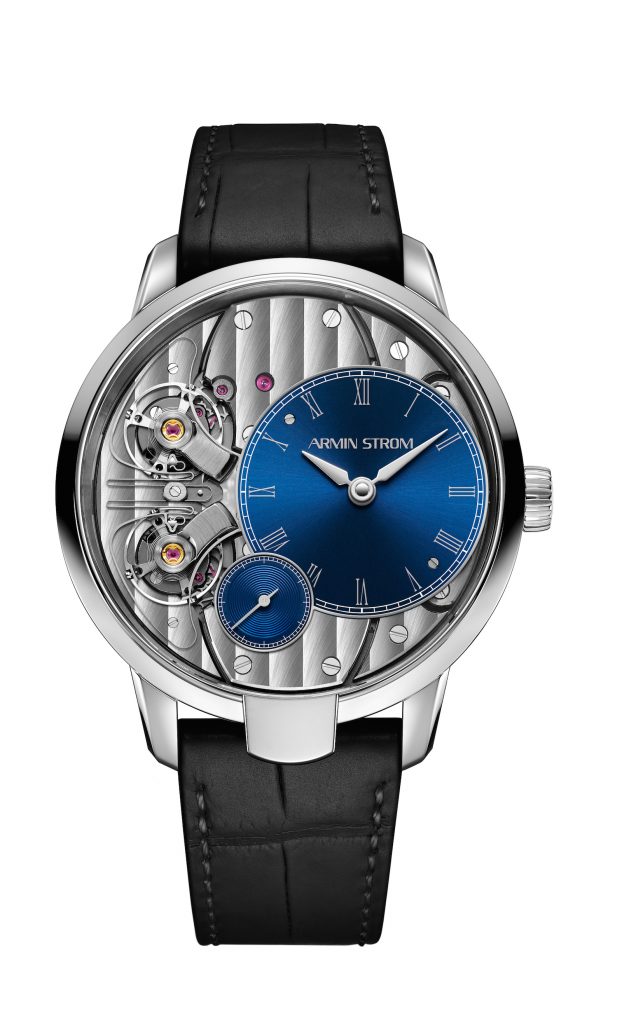 With the mainplate and movement components revealed on the dial side of the Armin Strom Pure Resonance watches, one can immediately recognize that this is a bit more of a classic style. Instead of fully skeletonizing the caliber, the new watch offers a paired-down approach that puts the emphasis of the watch square only on the double oscillating balances that define this timepiece.

In terms of design, the 42mm watch features an offset hour and minute dial at 3:00 with a smaller overlapping subsidiary seconds dial just at 7:00. On the Amin Strom Pure Resonance Water, those two dials are blue, while on the Pure Resonance Fire, they are charcoal black in color.

Additionally, there is practically no bezel. They also house an updated caliber, ARF 16. According to Claude Greisler, “The purpose of redesigning the movement’s architecture was clarity, thereby putting focus on the resonance assembly and accuracy.” 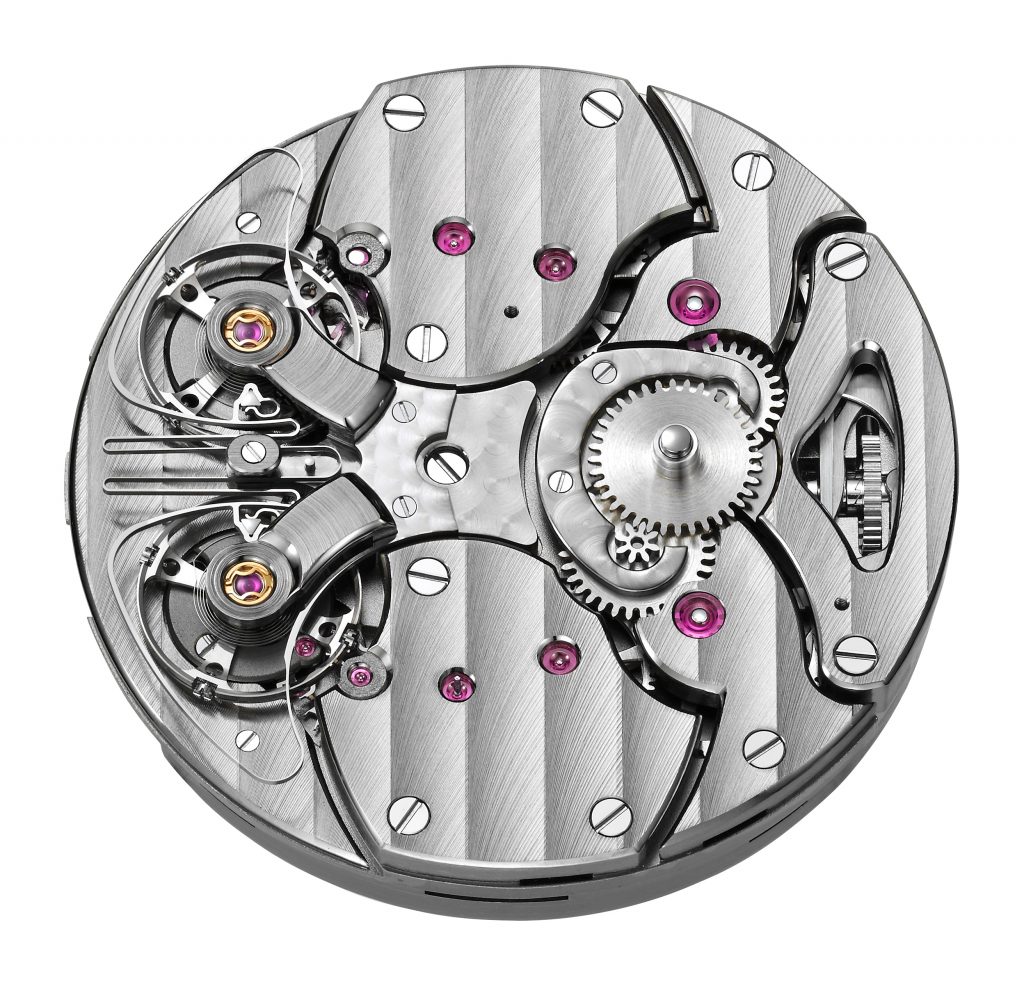 The new watches house the Caliber ARF 16, which Armin Strom has updated from the previous Resonance movement, clearly depicts the dual balances that oscillate in resonance on the entire left side of the dial. In the new timepieces, the brand has removed the twin seconds flyback mechanism and replaced them with a single sub –seconds dial — offering a striking three-hands watch with even more resonant precision.

In fact, according to the brand, the improved chronometry in this version is a direct result of removing the added function of the twin seconds flyback. The time indications on the watch receive their energy from the lower regulator, while the upper balance is strictly to create resonance. The two resonant regulators, as well as the resonance clutch spring, are fully visible to the wearer. 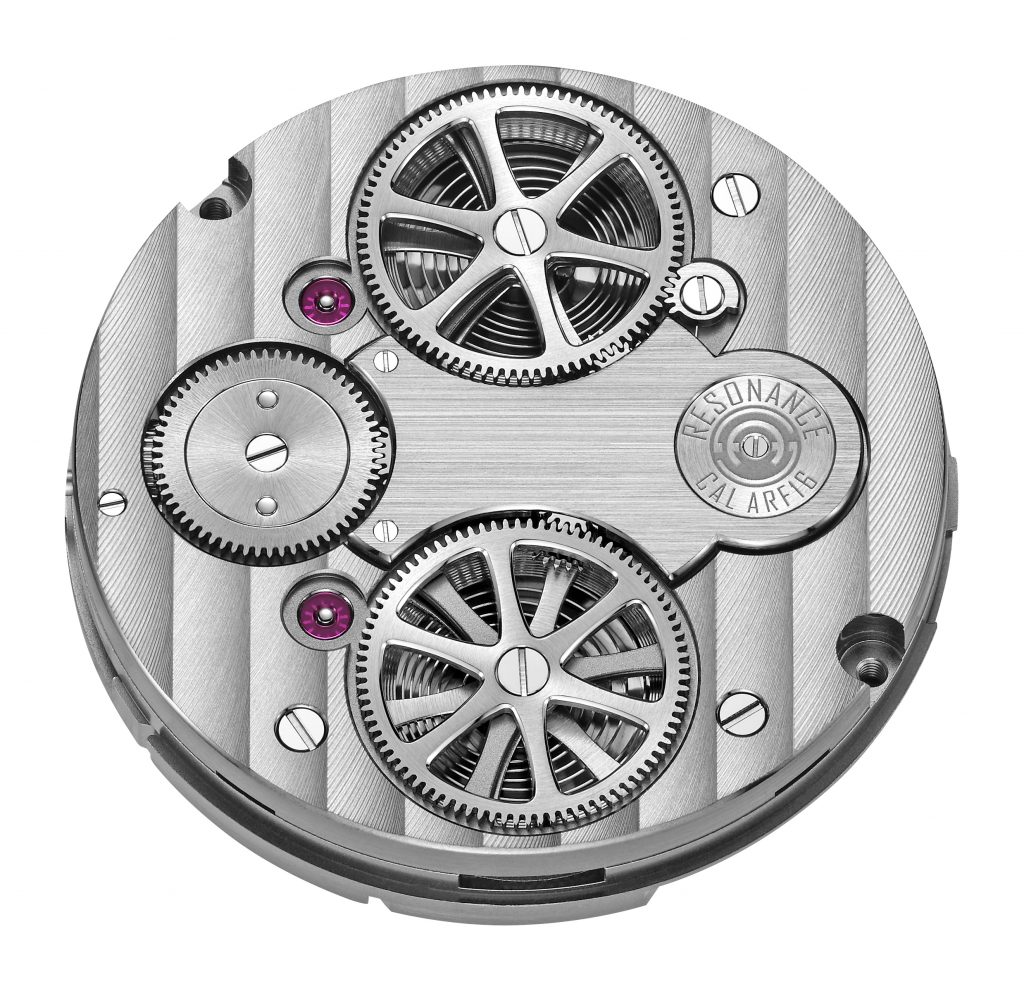