We have talked a lot here about how innovative independent watch brand Armin Strom has been. The brand not only continues to unveil creative new watches, but also was one of the first to unveil its personalization program via an on-line watch Configurator.  Now, Armin Strom adds its iconic Mirrored Force Resonance watch to the configurator — enabling watch lovers and collectors to design their own Mirrored Force  Resonance — including a specially made guilloche dial by master watchmaker Kari Voutilainen.

The configurator, unveiled to the world at Baselworld 2017, currently has six of the brand’s most beloved watches available for personalization. Now, it has a seventh model: the Mirrored Force Resonance. Customers can configure their watch by choosing between case materials (stainless steel and 18k rose gold), as well as options for the strap colors and types, strap sticking color,  dial,  hands numerals and other details, including some component parts in special color choices. 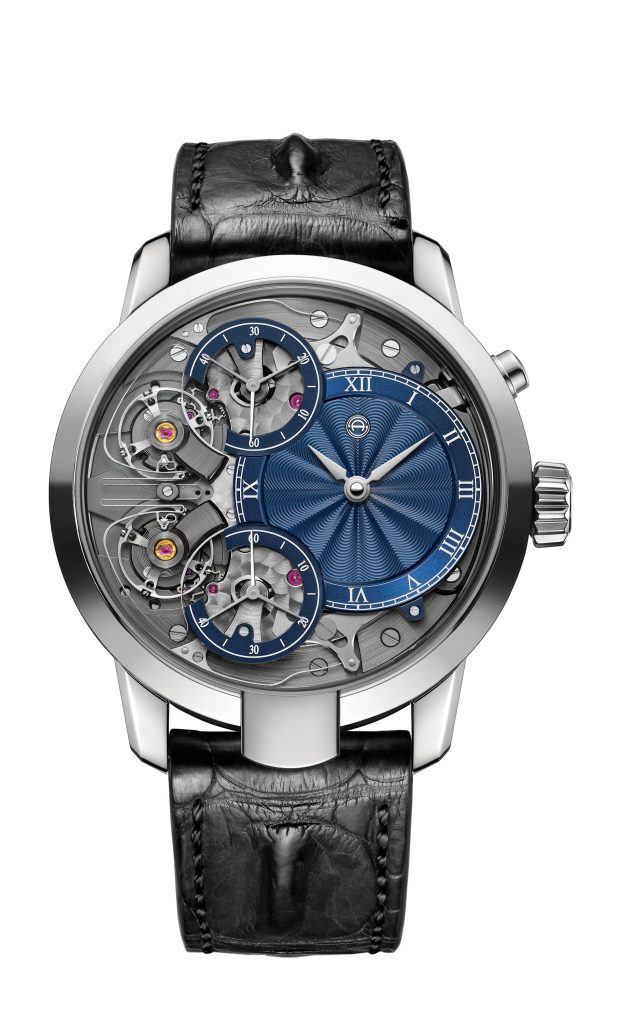 With the newest watch, consumer can also elect to have a  specially hand-guilloche’d dial created by Kari Voutilainen — a sort of “best of both” worlds option because it brings two great names together in one watch. Starting prices are about $54,000, and with each configuration, the price is updated in order to give the consumer total transparency.

About Resonance in Watchmaking

Not too long ago, we did a posted a video interview we conducted with Claude Greisler of Armin Strom about resonance and the Mirrored Force Resonance watch. 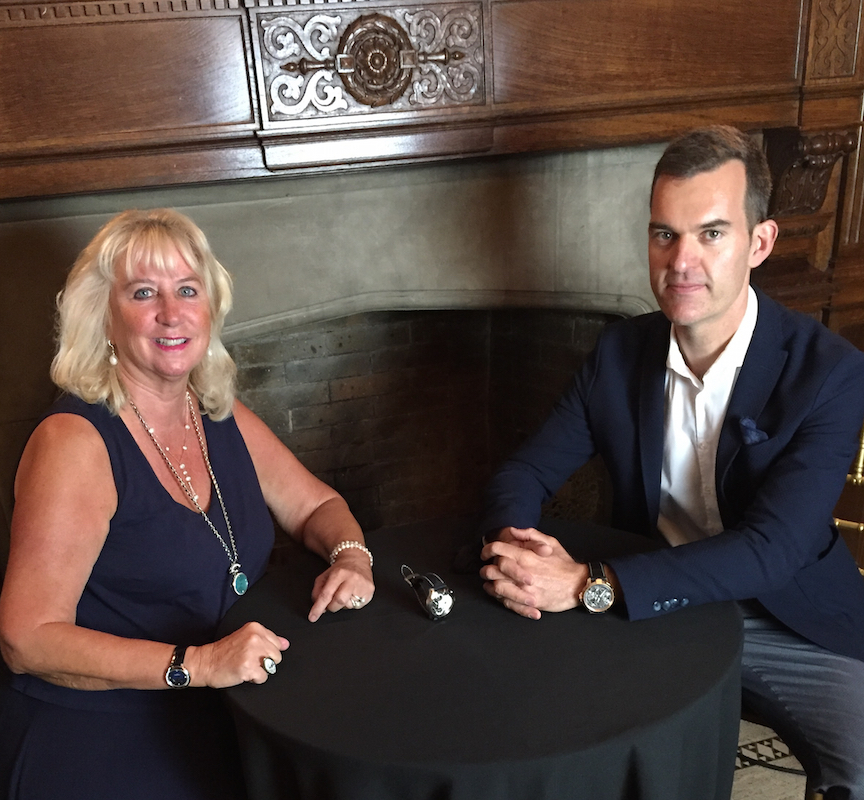 “Resonance is a sophisticated and demanding horological technique that has rarely been attempted, let alone mastered in the pursuit of horological accuracy, precision, and rate stability. Christiaan Huygens (1629-1695), inventor of the pendulum clock, was the first to discover the resonance of two separate pendulum clocks, while in the eighteenth century Abraham-Louis Breguet demonstrated his mastery of the phenomenon. Since then, only a handful of watchmakers have attempted to harness the effects of resonance, whose advantages of resonance are threefold:
1.             A stabilizing effect on timekeeping (advantageous to accuracy).
2.             A conservation of energy (think of a professional cyclist riding in the shadow of another cyclist in a racing situation).
3.             A reduction of negative effects on timekeeping accuracy due to outside perturbation such as shock to the balance staff, which in turn keeps the rate more stable and increases precision. 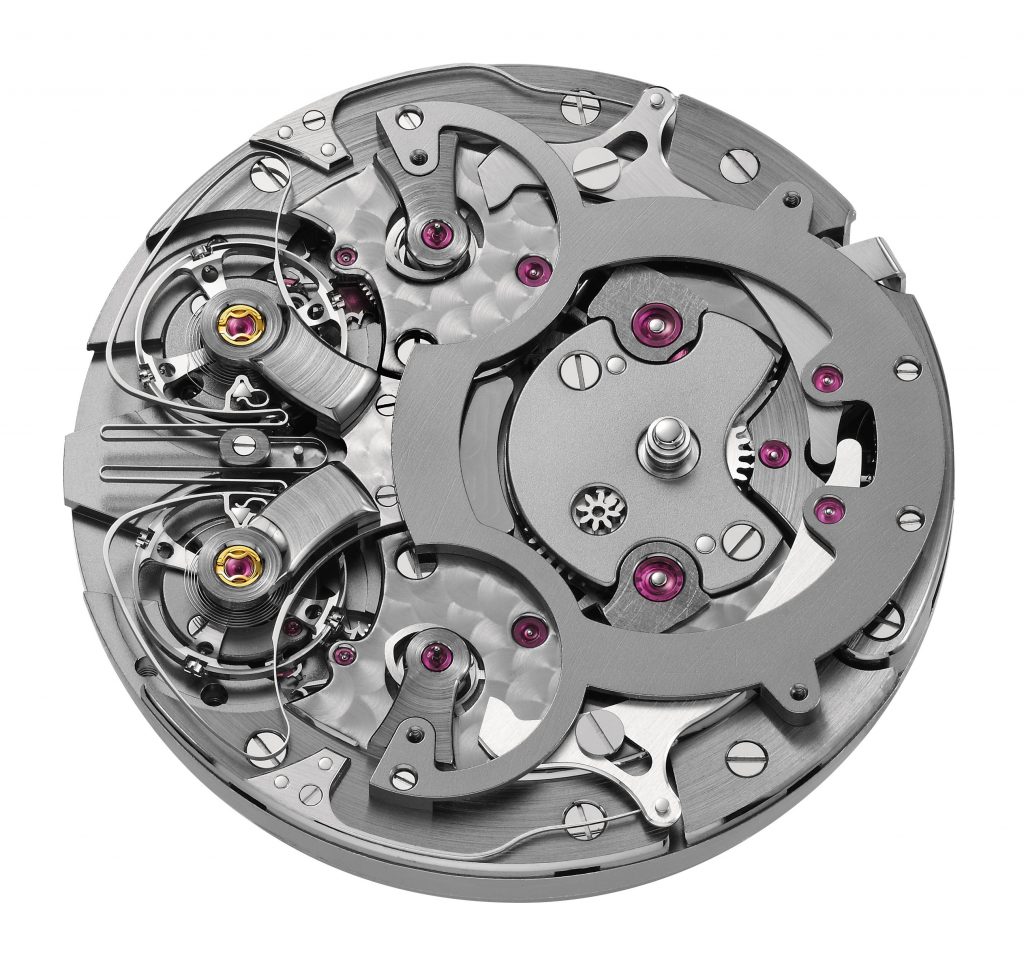 There are 226 parts in the Armin Strom Mirrored Force Resonance caliber ARF 15.

The two visible, connected oscillators make their revolutions in opposite directions, one rotating clockwise and the other counterclockwise. After winding, the twin balance wheels need approximately 10 minutes to become synchronous. The case band pusher at 2 o’clock resets the luminous twin seconds’ displays to zero, simultaneously resetting the twin balance wheels. The Mirrored Force Resonance is the most complicated timepiece that Armin Strom manufactures and a patent has been registered.

The raison d’être of the Mirrored Force Resonance is to display the interesting functionality of the resonant balances while improving the watch’s overall precision. The resonance clutch spring provides the watch with a fascinating and patented “animation” of the way it functions. This remains in line with the philosophy of ARMIN STROM as a brand: no nonsense, just good, proprietary mechanics presented in an impeccably finished and interesting way. The resonance clutch spring is exciting in another way, too: it visually proves this timepiece’s resonance.”