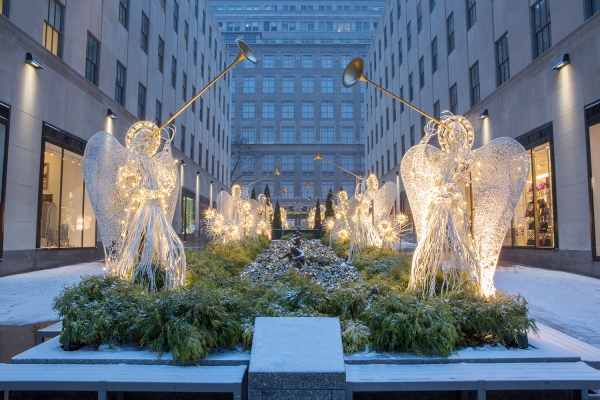 The angels at Rockefeller Center by American Christmas company

I was young when I saw my first Rockefeller Center Christmas tree lighting — the streets were packed, the air was so brisk and the wind so blustery that it felt as though I was being slapped by the cold. Still, I stood there – anticipating – waiting for the moment the lights would come on. In an instant, the monumentally large tree went from dark to multi-colored lights that threw beautiful shades of blue, red, green and gold across the faces of thousands below. It is a moment that stays with you – the first tree lighting. New York’s magical holiday season transforms the city that never sleeps to a city of larger-than-life lights, angels, trees, candy canes, stars and more. Much of it is owed to a single company: American Christmas Compnay, 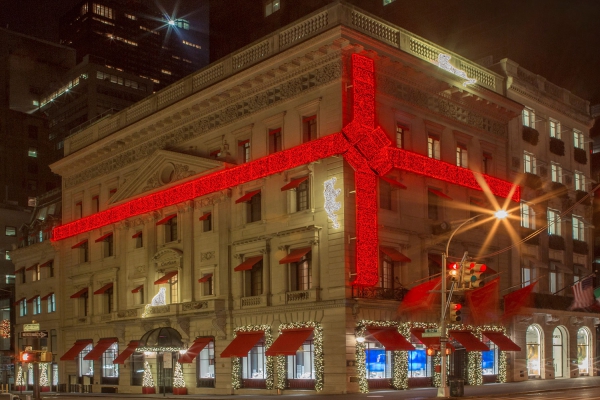 “Passionately Decking the Halls since 1968,” American Christmas company has had a hand in decorating so many famed New York City landmarks that it is difficult to track. From the huge ribbon that wraps the landmark Cartier building on Fifth Avenue and the lighted panthers that climb its walls, to the angels outside Rockefeller Center and the hundreds of thousands of lights that bedeck Sak’s Fifth Avenue, American Christmas brings magic to the streets of New York every single year. 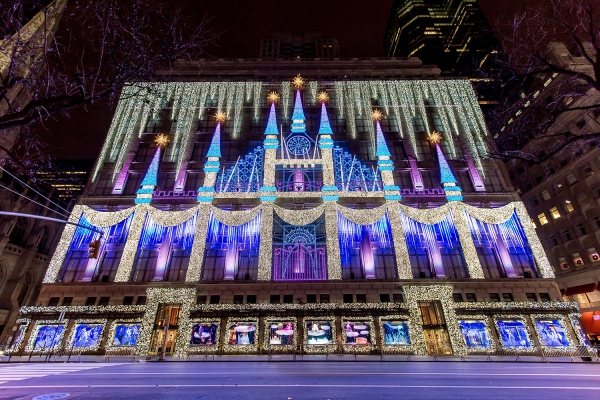 From toy soldiers to reindeer, from outside to inside, this award-winning company brings joy to hundreds of thousands every day. Owned and operated by CEO Frederic L. Schwam, second-generation of American Christmas, the company was originally a small part of a larger business his father started in 1968. After college, Frederic bought the Christmas division of the company and has run that portion since 1988, building it into the behemoth it as become for New York City companies. His directives: creativity, organization, preparedness, discipline and persistence. Every year, the company begins plans and designs by February, and installations start in October – quietly – with no one really taking notice until one day – overnight – lights are turned on and Christmas ahs come to New York. 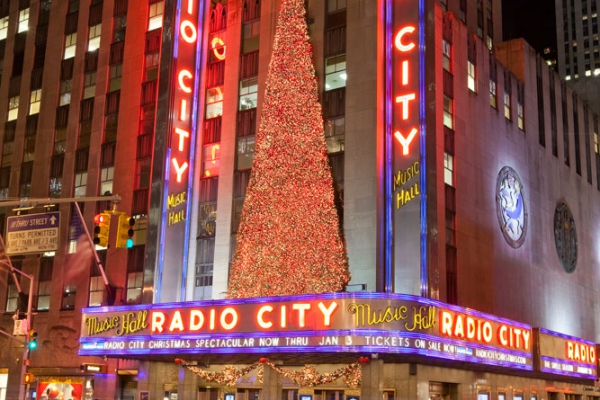 The massive tree at Radio City Music Hall is installed piece by piece, and requires closing the street over night.

We here at ATimelyPerspective just want to say thank you for making the holiday moments count in a bright and beautiful way. 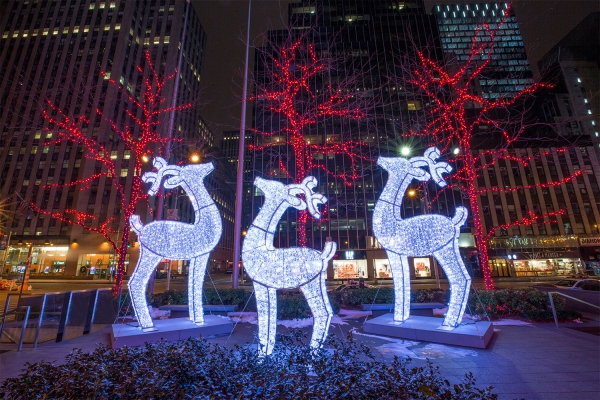 I Went To The Seaglass Rose’ Festival With Corum, Here’s What Happened
December 1, 2016