Acquiring Time: Was it a Mistake for Chai Schnyder to sell Ulysse Nardin to Kering?

The formal announcement came in the morning a couple of days ago: international brand development company, Kering, has acquired the innovative luxury watch brand, Ulysse Nardin. But if you were part of the watch industry and had paid keen attention over the past six months to a year, the writing was on the wall. All of the telltale signs were there that this was going to happen. The last six months have been quiet — suspiciously quiet. Not in terms of product, but in terms of being a bit more closed-mouthed than usual. That’s a tell-tale sign. Something was afoot each time I spoke to brand execs, there was a sort of avoidance happening — another tell-tale sign. As such, I can’t say it comes as no surprise, but I can say that, in retrospect, it comes with little shock factor. 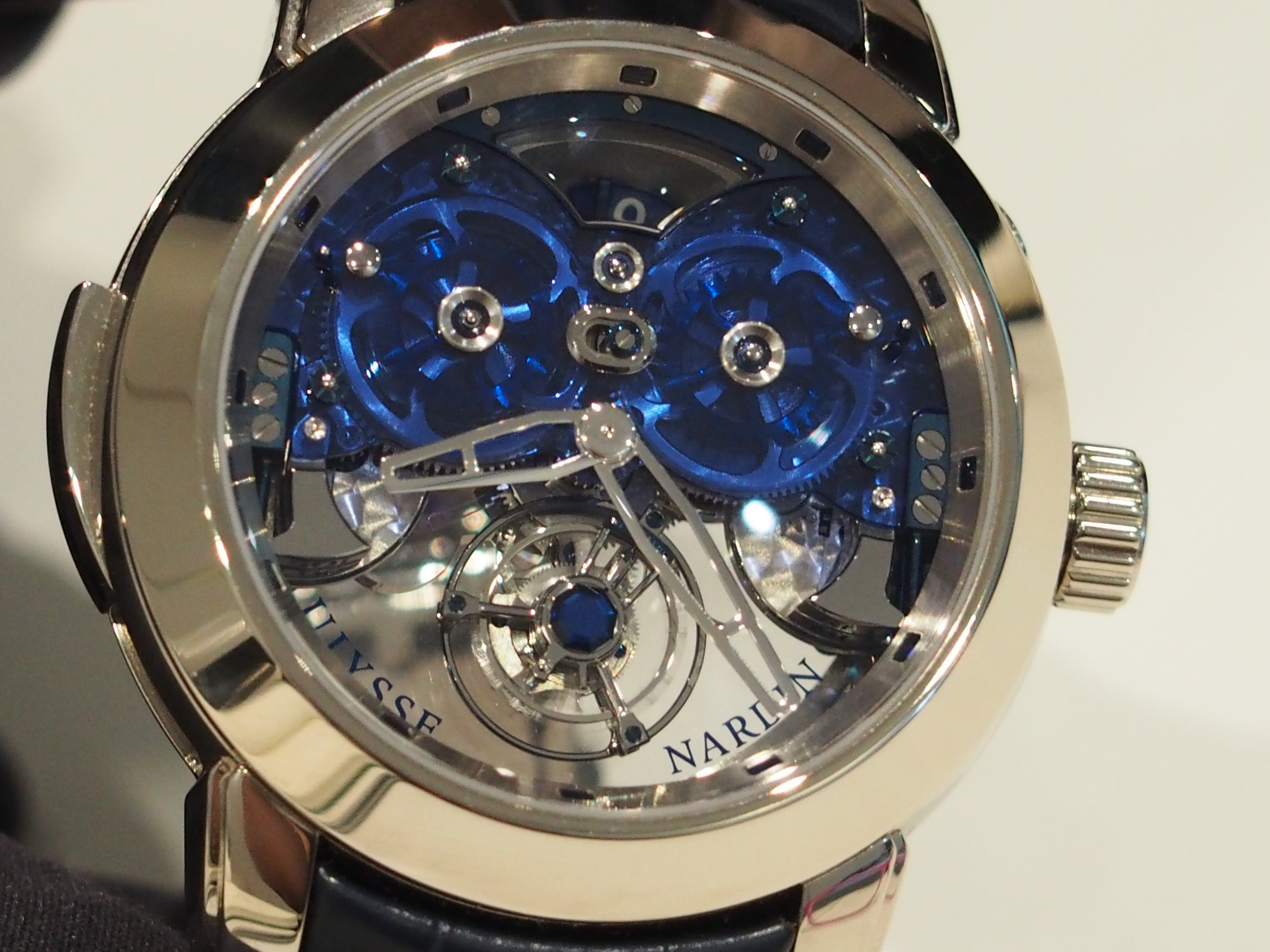 In April of 2011, when Rolf Schnyder, visionary owner of Ulysse Nardin, died, we all asked the question, ‘What’s next?” Back then it was stated in Schnyder’s will that Patrik Hoffmann long-time exec with the brand, would take over as CEO, and that Schnyder’s wife, Chai, would chair over the Board of Directors and should proceed in whichever direction she thinks best with either retaining or selling the brand. Schnyder was not one to have someone else hold tight to his brand out of a loyalty obligation; his goal was always to see it grow and flourish no matter what that took. You  can read more about Rolf Schnyder’s amazing accomplishments here.

On the opposite side of this new buyout, is Kering — which also owns Gucci, Girard-Perregaux and JeanRichard watch brands and top jewelry and accessories brands including Bottega Veneta, Balenciaga and Saint Laurent. Not too long ago (in fact just after it purchased Girard-Perregaux and JeanRichard of the Sowind Group a few years after Gino Macaluso’s death), Kering vowed to snap up more luxury watch brands and become a true player in the world of luxury groups (hoping to run right alongside LVMH Group, Richemont Group and Swatch Group, among others). As such, the group has been making some significant executive changes, including appointing Albert Bensoussan (who had been with the LVMH group for nearly 16 years) as head of the luxury watch and jewelry industry, moving Michele Sofisti back to the CEO position of Gucci and hiring new-to-the-team talent for Girard-Perregaux (not yet announced). 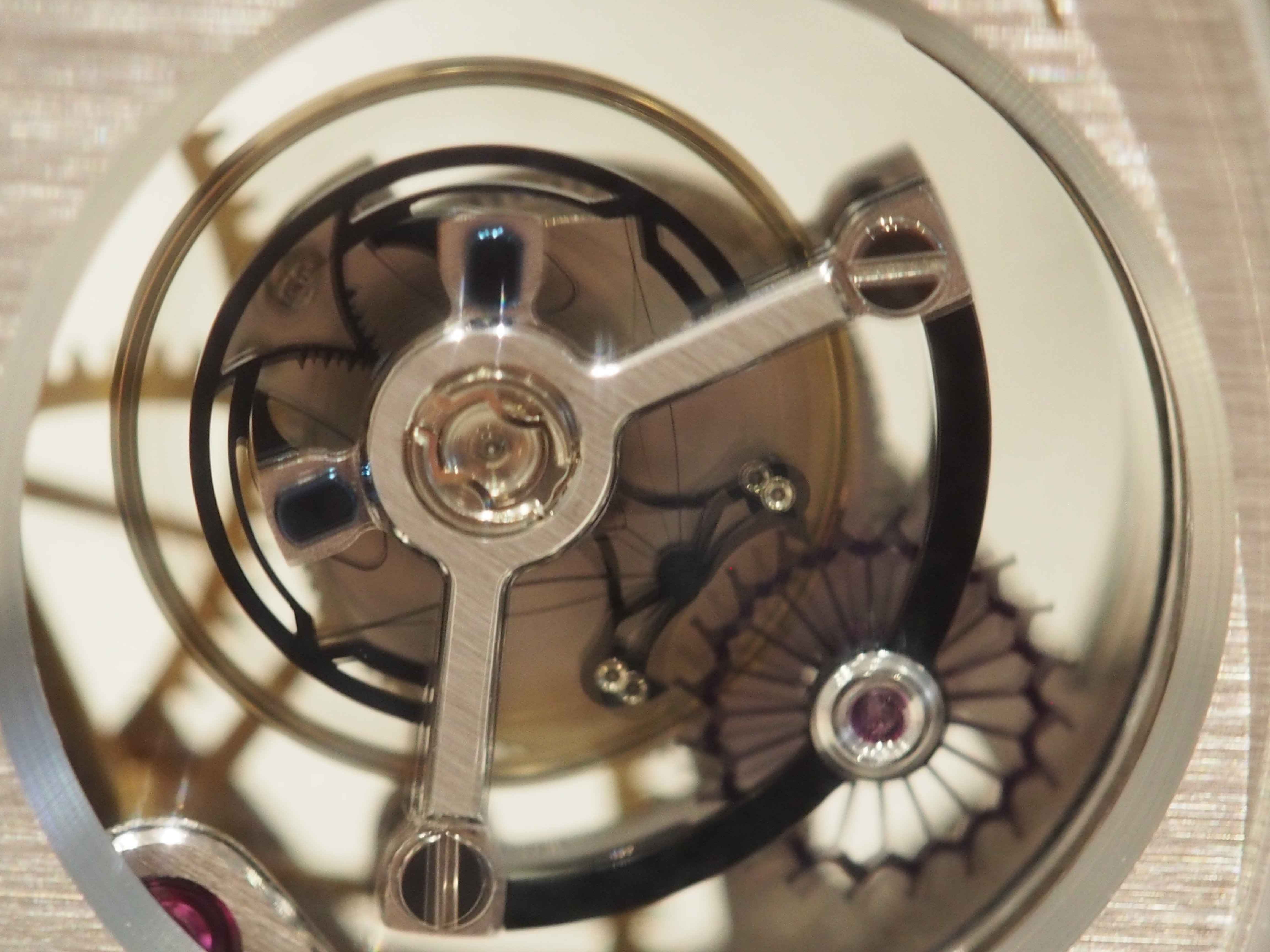 Rumors have been swirling for about a year that Kering had approached both Ulysse Nardin and Richard Mille (where nothing firm has been announced yet) with buying concepts in its pursuit of truly cutting-edge brands. Let’s face it , this purchase of Ulysse Nardin makes perfect sense as the brand is a known leader in today’s watchmaking world – having perfected (along with Dr. Ludwig Oeschlin) some of the most advanced astronomical complications in watches, as well as having been a pioneer in silicium and other high-tech cutting edge watch materials and movement directions. In recent years, under the direction of Patrik Hoffmann, the brand has grown by leaps and bounds in its efforts to created its own in-house movements and escapements. In fact just months ago at BaselWorld 2014, Ulysse Nardin unveiled several incredible new complicated watches (such as the Jazz minute repeater and the Imperial Blue, which you can read about here) and its own new escapement.

Being able to boast Ulysse Nardin’s prowess in watchmaking and materials, along with the advancements made at Girard-Perregaux in terms of complications and invention, gives Kering a true winner’s ticket. Although the merger or final acquisition of the brand is not expected to be complete until sometime in 2015, it certainly puts the writing squarely on the wall that Ulysse Nardin will continue on its path to verticalization, expansion and invention. The Kering purchase includes all of the brand’s assets, including the dial maker Donze Cadrans SA, which Ulysse Nardin had purchased not too long ago. 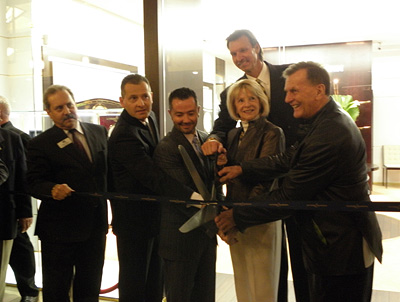 According to Chai Schnyder, who contributed to my fourth watch book, Jewels of Time, the sale of the brand to Kering will assure a more long-term future for Ulysse Nardin. “It will allow the brand to carry on with its international expansion and [to] continue to innovate…”

In fact, that is perhaps the single most important dream of Rolf Schnyder – to continue to innovate. Additionally, the acquisition keeps the current team – including Hoffmann and marketing leader Hurni – in place as they continue to build the brand. Additionally, certain local-level executives remain in place. Here in the United States, Nelson Lucero will continue to lead the brand and expand its boutique openings and retail relationships. Indeed, Kering is keenly aware that keeping leadership status quo is always  a smart move in a buy-out  in the early stages, especially when that leadership has been so instrumental in propelling the brand forward.

So, back to the question, “Was it a mistake for Chai Schnyder and the board of directors to opt to sell Ulysse Nardin to Kering?” Well, the answer isn’t transparent, but if you examine the whole sum of the parts instead of just the parts, we think it makes sense.  If the brand had to be sold at all, then Kering may truly have been the most viable suitor. It’s watch brand roster is not as heavily weighted as the rosters of  other conglomerates and its thirst for a leadership position of the most unique high-end brands may be insatiable at this early stage. Thus, while this buy out sadly does represent the end of Ulysse Nardin as an independent brand, it is not the end of the product as we know it, nor is it the end of greatness. It is just the beginning of a new chapter of Ulysse Nardin invention and direction. Let’s all be patient, now, and see what comes next.