A Moment in Time: Thierry and Philippe Stern Speak Out about Patek Philippe at the 175th Anniversary Celebrations 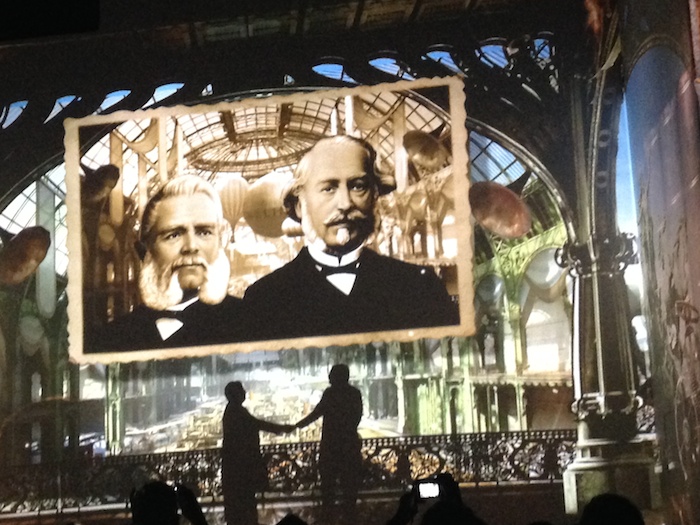 Last week in Geneva, we had the grand experience of joining the legendary Patek Philippe watch brand in its celebration of the brands’ 175th anniversary.  We brought you the milestones in the company’s history here and the news of the major grand complication unveiled (the Master chime) here.  But that is just a small portion of what Patek Philippe had to offer for the 175th anniversary.

The celebrations were not just a look back in history, and not just the unveiling of a grand complication  – the brand’s most complex wrist watch to date, but also were and are about other commemorative watches, the brand’s future and more. 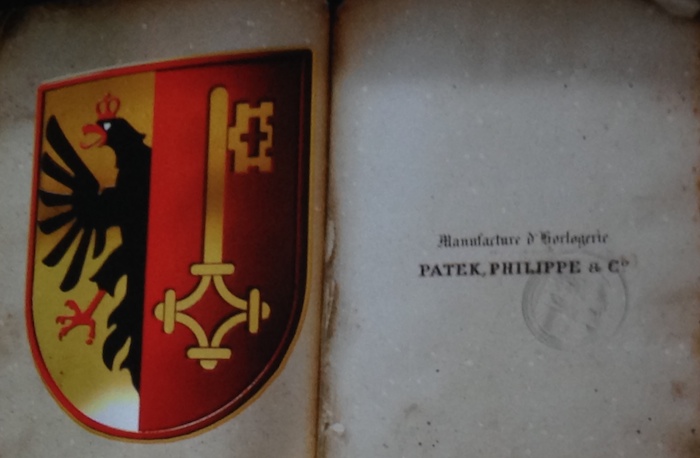 “Back in 1964, when I took over Patek Philippe,” says Philippe Stern, honorary president of Patek Philippe, “we had 150 people working for us. Today, we employ more than 2,200 people – and all of them have a hand in making Patek Philippe what it is today.”

Thierry Stern, Patek Philippe’s current president, joined his father in that sentiment. “Everyone in our company ahs had a hand in the making of the grand complication and the other watches we unveil for our 175th anniversary. We all have the passion it takes to continually make our brand better.” 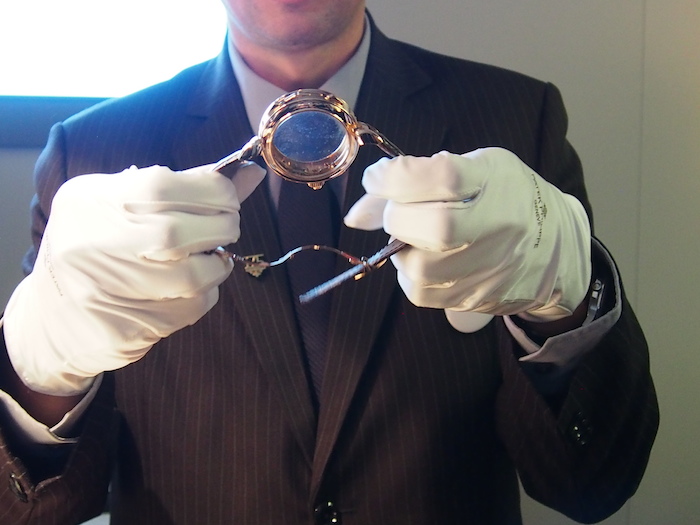 Master watchmakers and apprentices were on hand to show off the new watches, including how the reversible case of the new Masterchime works.

In fact, Thierry Stern recalls the differences in the company from when he started working there until today. “I had a great teacher, several great teachers. They taught me about values, about respect and about quality. It was never about how to make money. It was always about the beauty and the art of watchmaking. One of the great things about being family owned and passing the company on from generation to generation is that we all bring something new to the company; each generation brings its own DNA, but in the end all that matters is that we perpetuate the passion.” 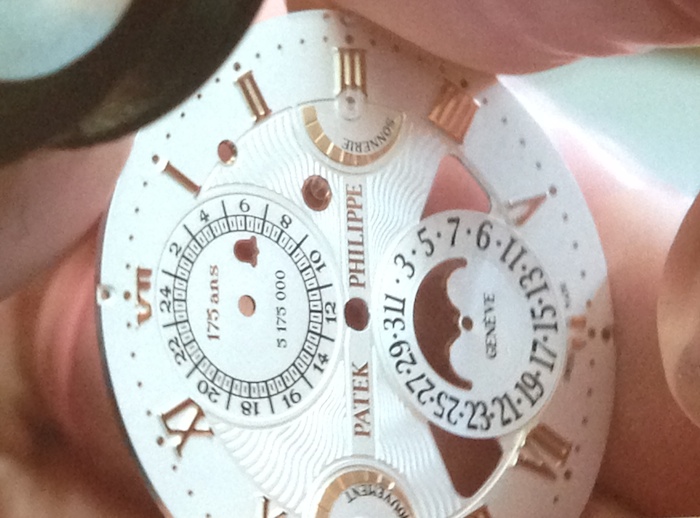 Quality at every stage is imperative at Patek.

Indeed, both Sterns insisted that for at least the next 25 years the company will remain family owned. “We must be true to our values, and those are being fair, honest, hardworking and innovative, and to the look at the long term,” says Thierry. “{Patek is not about Philippe or Thierry, it is a about the family of 2200 people we have working with us. We work together, we talk together and sometimes we argue together—always to make the brand and the watches better. If you have beauty and quality, you will last. In the end watchmaking is about passion and creativity, and the magic of being able to build what we build today.” 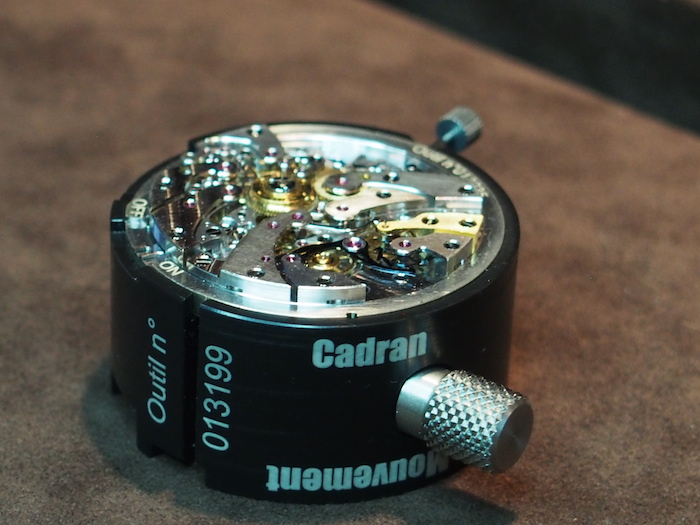 Movements were on display, as well.

hierry Stern admitted that while the 175th anniversary is exciting – he has already begun thinking about the 200th anniversary. It will be difficult to top the products and the fanfare surrounding the 175ht. For the event, Patek Philippe transformed its state-of-the-art workshops into a three-dimensional theater, upon which videos brought viewers pieces of the brands past, and its evolution –complete with a phoenix rising and metamorphosing into a great new creature. The vivid and entrancing movie – played out on the walls of the buildings and on temporary curtains and canvasses, was a masterpiece in itself. Following the movie presentation and live ballet – the workshops opened to enable guests to view master watchmakers and apprentices side-by-side demonstrate their crafts and reveal the 175ht anniversary watches.

“Patek Philippe is all about knowledge, and know how,” says Thierry, “But it is also our job to pass that knowledge on to the next generations.” 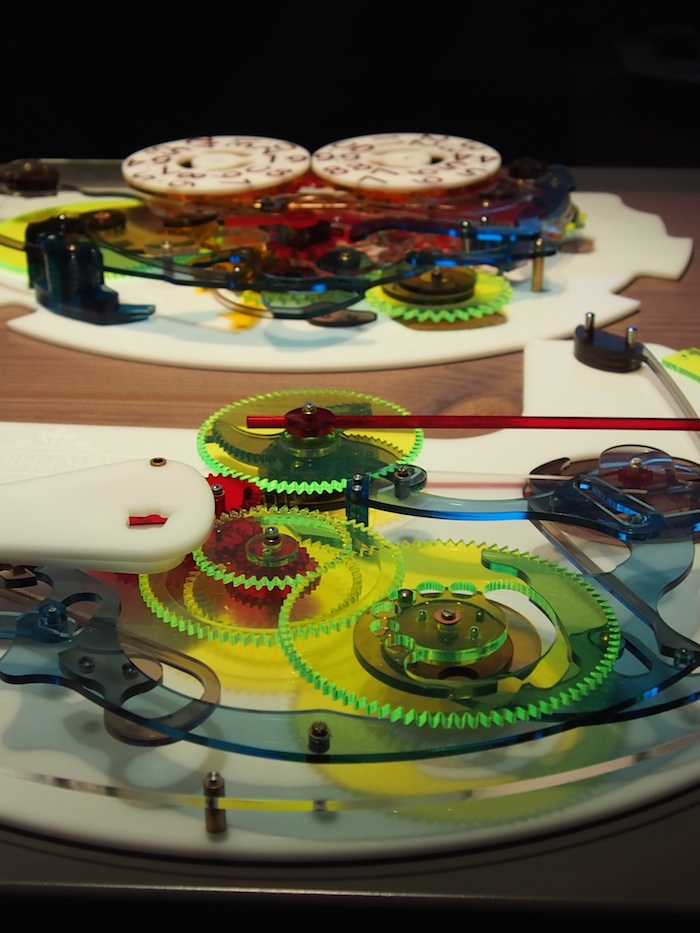 Full-scale color models of the movements were there to demonstrate how the mechanics of the new Masterchime work.