A Closer Look At The New Cartier Tank Francaise Watches

Since its unveiling 27 years ago in 1996, the Tank Française timepiece by Cartier has enjoyed the limelight amongst Cartier lovers.  With elongated case sides, the Tank Francaise was the first Tank watch to boast an integrated metal bracelet. Said bracelet  endowed the watch with a sense of seamless beauty. Now, Cartier reinvents the Tank Francaise — offering a new bracelet, some intricate nuances and an exciting video   campaign starring Remi Malek and Catherine Deneuve. 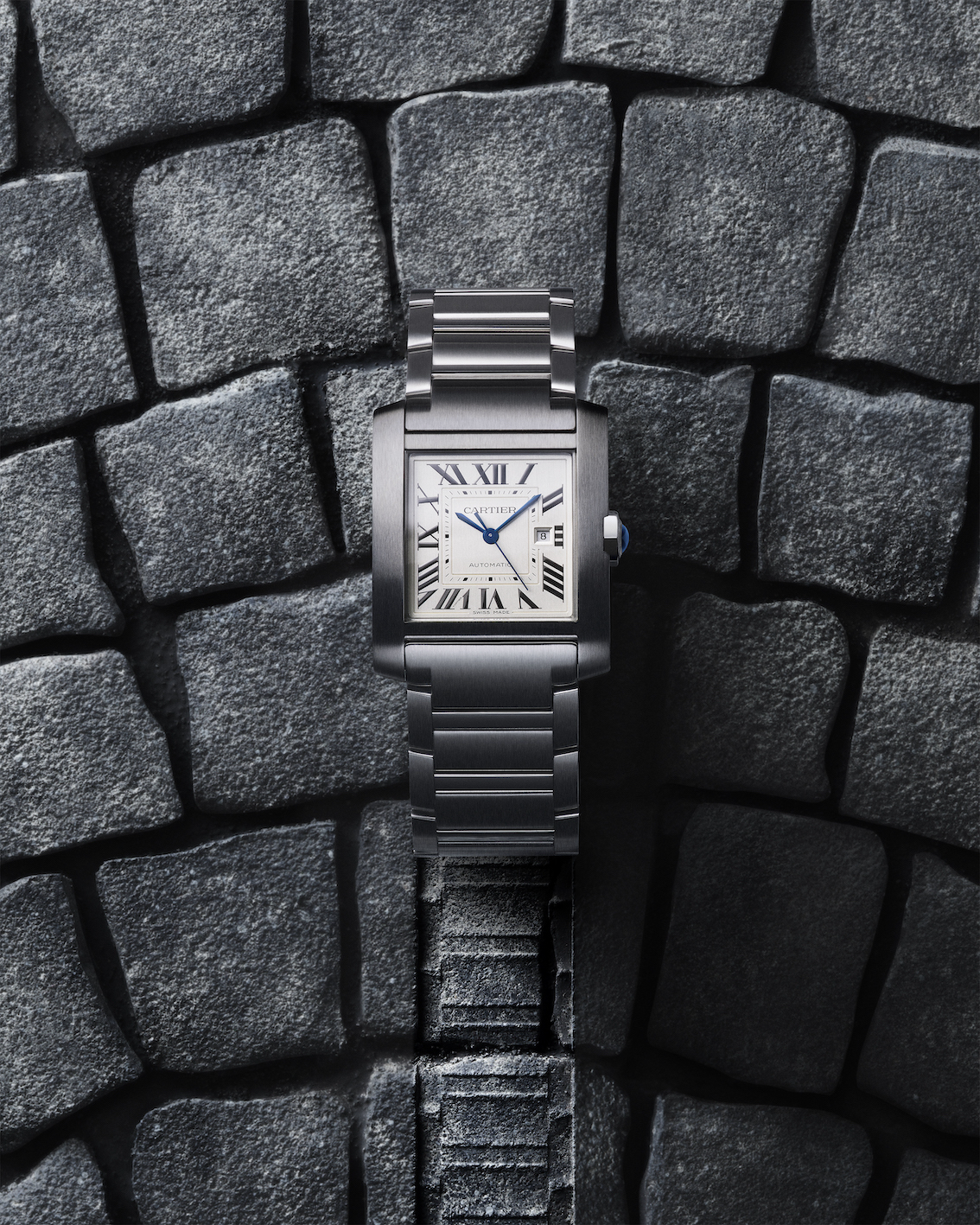 Curved and ergonomically inviting, the new Cartier Tank Francaise bracelet versions boast subtle changes that yield a harmoniously inviting appeal. To begin with, the brancards (a French word for stretcher) – or case sides that frame the dial and reach up to the bracelet – are more rounded. At a glance, one may not notice this, but it is evident the minute the watch rests against the wrist. Cartier has always been about design first and foremost, but also about ergonomics and comfort.

Cartier Tank Francaise versions are available with or without diamonds.

Additionally, the new Tank Francaise boasts a faceted crown that is set further into the case side than in previous versions. This helps for a more integrated look. The new models are also interpreted with satin finishes on the case and bracelet for a very contemporary feel. Some versions also boast a smaller bracelet link in contrasting polished finish. 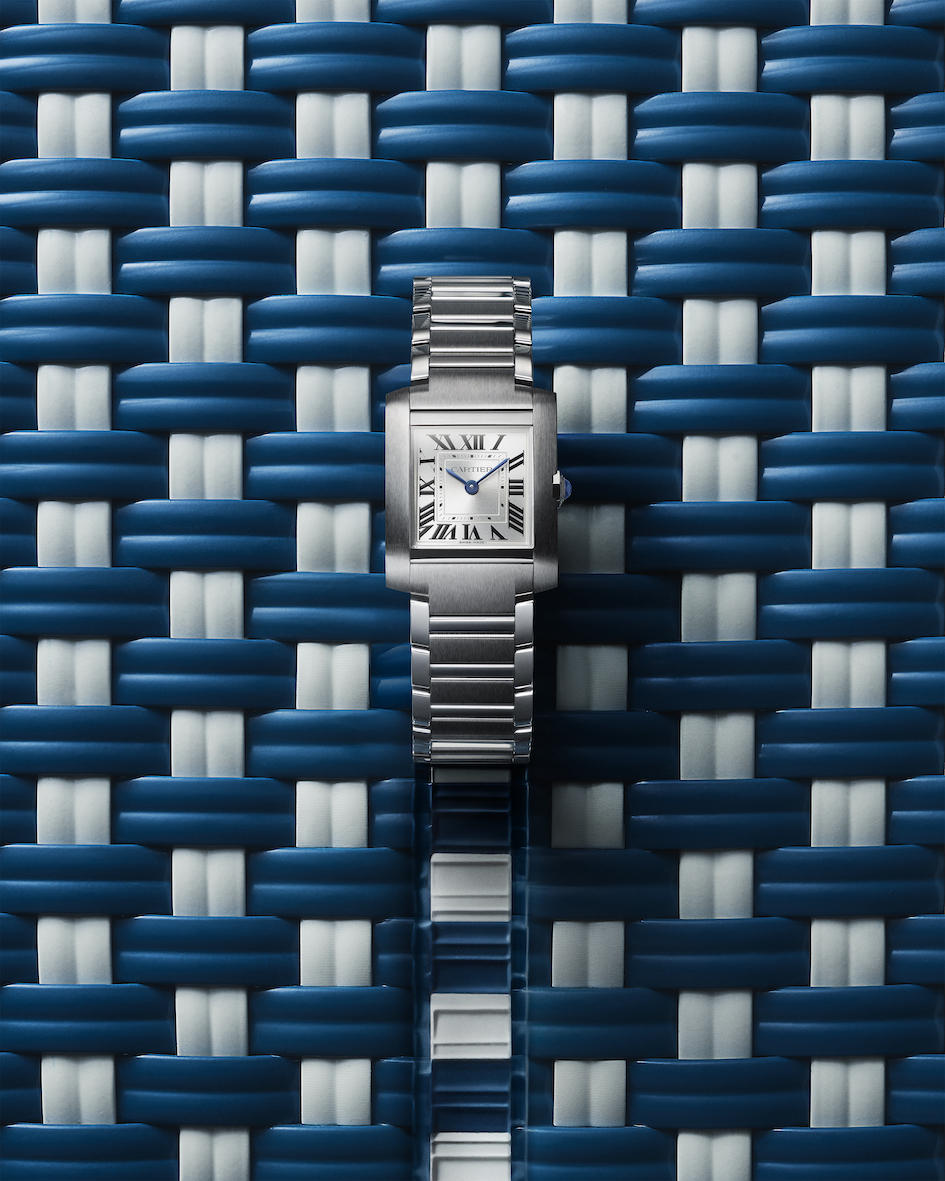 The dials are a sunray pattern in hues matching the supple bracelet and feature Roman numerals. Some versions are set with diamonds on the brancards, as well. There are three different sizes being offered in stainless steel and in 18-karat gold. The smaller versions are powered by quartz movements, but the larger model houses an automatic mechanical movement.

To launch the new Tank Francaise, Cartier has created a special video campaign that enlists Catherine Deneuve and American actor Rami Malek and transcends generations, nations and personalities. The film traces the 18,261 steps Malek and Deneuve walked on the Alexandre III bridge in Paris — each beginning on a different side of the bridge before they cross paths. Taking creative license, director Guy Ritchie looked to create incredibly contemporary cinematography. An incredible 26,202 photographs were taken during the shoot, which enlisted 88 technicians, hair stylists, make-up artists and others. The French word Malek most used: “Bravo.”

Brief History of the Cartier Tank

The first Cartier Tank watch (now referred to as the Tank “Normale”) was unveiled to the world more than 100 years ago in 1917. It was designed by Louis Cartier who had a passion for pure shapes and was inspired by the Army tanks of the era. That original Tank was followed five years later, in 1922, with the Tank Louis Cartier, a version with stretched brancards and softened edges. It wasn’t until 1977 that Cartier took another look at the Tank and released the Tank Must De Cartier collection of watches with dials devoid of numbers and created using stones such as onyx, coral, lapis and more. The Tank Americaine was released in 1988 and was a more compact rectangular watch with larger dial. Then, Tank Francaise made its debut in 1996 – the first with an integrated metal bracelet.

Introducing The Vacheron Constantin Year Of The Rabbit Watch
January 23, 2023