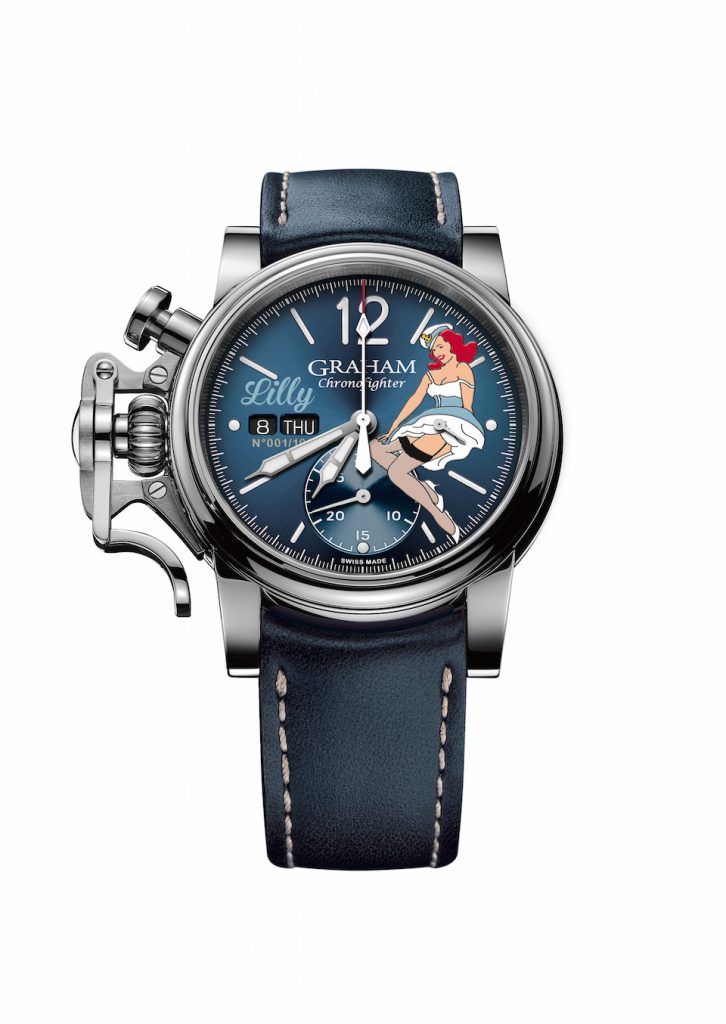 Earlier this year, Graham unveiled its pin-up inspired Chronofighter Vintage Nose Ar watches. Some people thought the watches were a bit sexist, others embraced them in the spirit in which they were intended: history re-captured. In fact,  the line is inspired by the nose-art found on the military planes of the 1940’s. Here we bring you four reasons why we love the Graham Chronofighter Vintage Nose Art Watches.

Sally, Lilly, Anna, Nina. Those are the four girls who are painted on the dials of the limited edition collection. But they do not represent our four reasons for liking the series unveiled by this indpedentl watch brand. 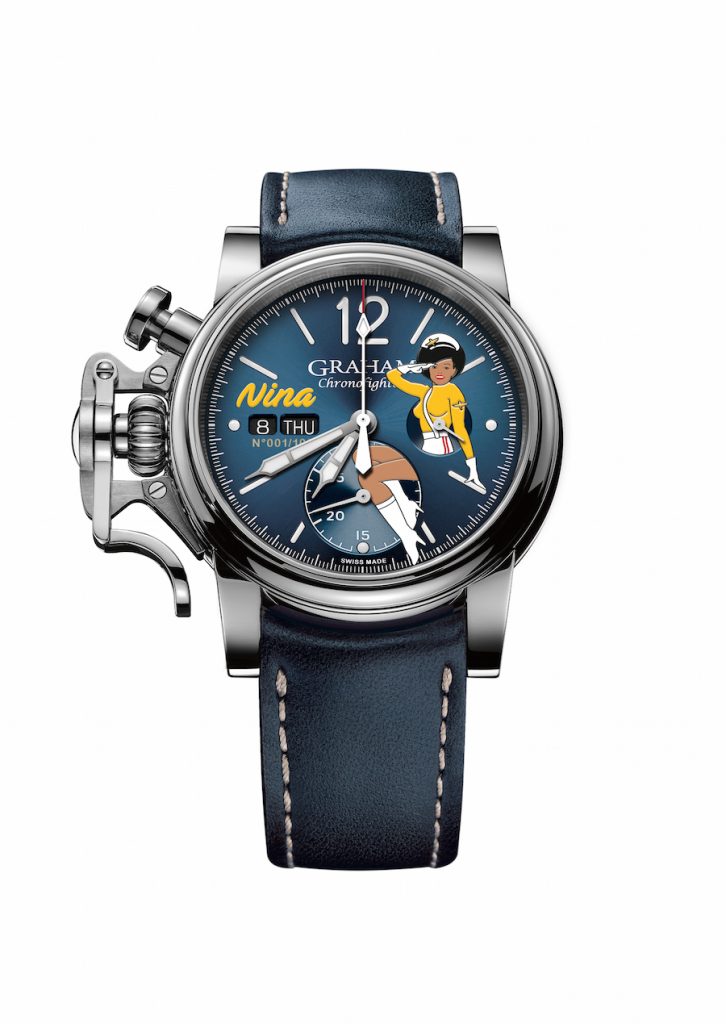 Pin-up girls were often painted on the noses of the flying forties planes, and were typically more risqué’ than these Graham Chronofighter Vintage Nose Art watches.

We like them because they are bold reinterpretaions of history.

Pin-up girls, as well as cartoons and other characters were often painted  on the noses of military planes. It was thought the the art was a sign of good luck, a morale booster, or a reminder of home for military men on assignment. Nose art was also useful as a way to identify friendly craft.

We like them because they are tastefully and artfully done.

Each dial is painted with a beautiful girl on it, fully clothed. In fact, in history, often the paintings on the planes were much more risque’. Each of the paintings portrays a different sort of girl – sitting as though on the wing of plane — and representing a different armed force. Each dial is sun brushed and painted with the pinup girl and her name on it, as well as with the watch serial number. 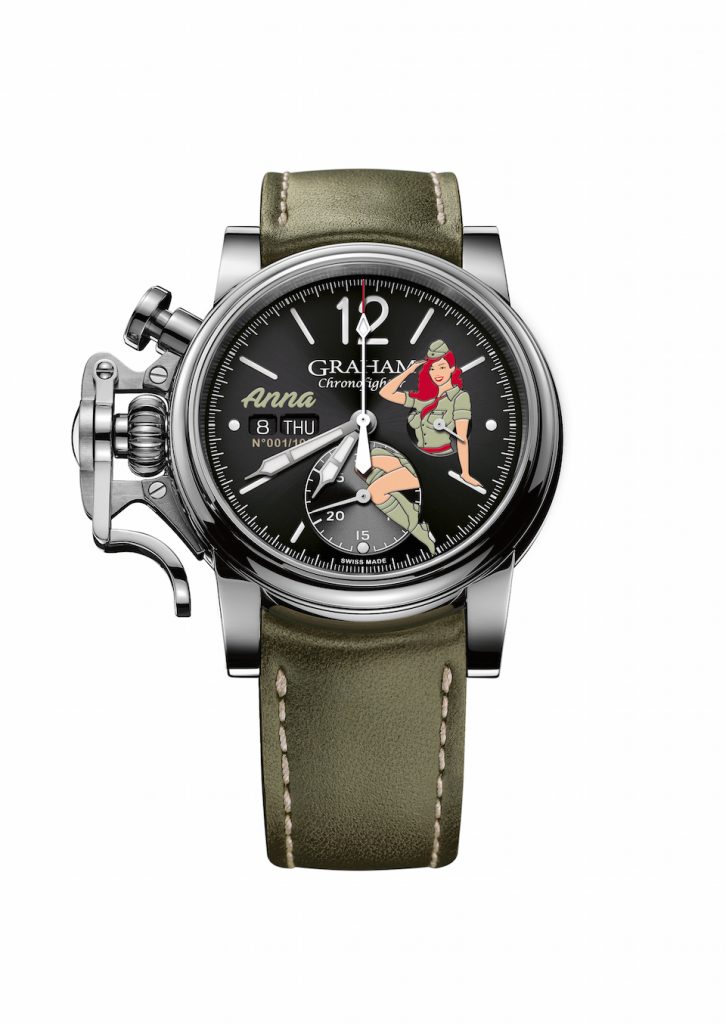 Each dial of the Graham Chronofighter Vintage Nose-Art Ltd watches is unbrushed and then painted.

We like them because they offer quality at a value price.

The Graham Chronofighter Vintage Nose Art watches are 44mm stainless steel automatic chronographs with day/date indication and  domed sapphire crystals and sapphire casebacks.   The hands and numerals are white Super-LumiNova for easy readability.  The Caliber G1747 movement is equipped with an Incabloc shock absorber and offers 48 hours of power reserve. The watches are water resistant to 100 meters. Each watch retails for $5,450. 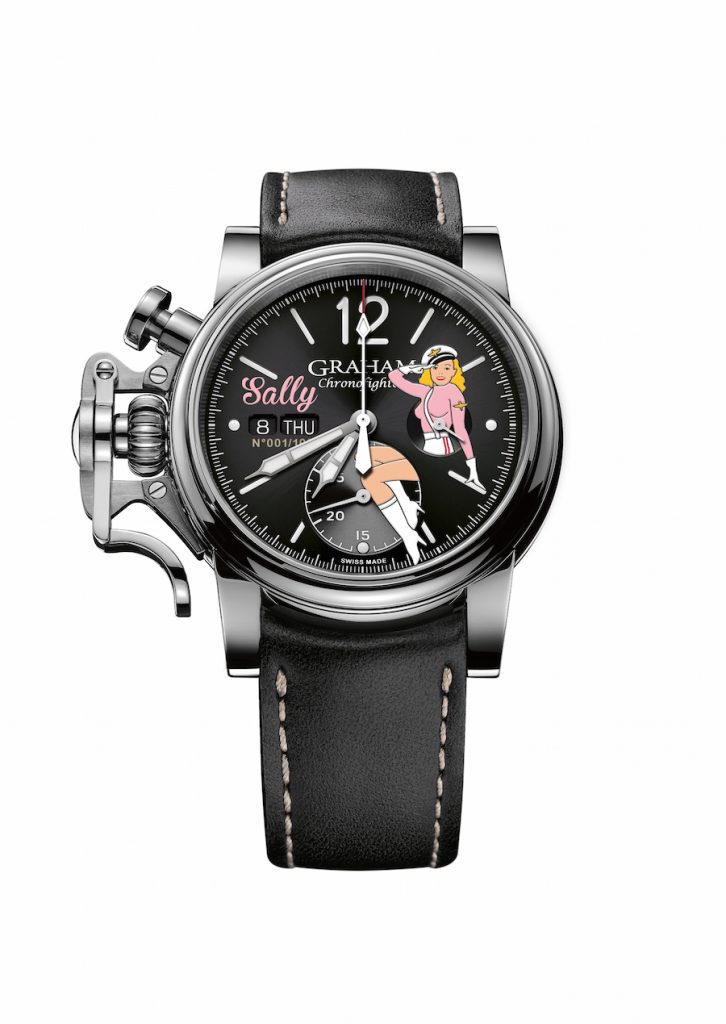 We like them because we do not think they are sexist in any way. They are art, they are history and they are here, but only for a limited time, as just 100 of each pinup girl watch dial is  being made.