Ok folks, if you are really a watch lover then you need to be in New York this Saturday for the WatchTime New York exhibition held at Gotham Hall in New York City. This is the second annual WatchTime New York show and it boasts a rich and informative schedule that includes more than 20 brands showcasing watches, celebrities, autos, panels, experts and more. In fact, we bring you more than 30 reasons to spend your Saturday at Gotham Hall.

Beginning on Friday night, there is a watch enthusiast cocktail party with industry experts, brand executives, and collectors gathering to feast their eyes on the newest watches from more than 20 top brands. During the cocktail, guests will have time to see new watches, indulge in great conversation with enthusiasts and experts and make a plan for Day two of the show. 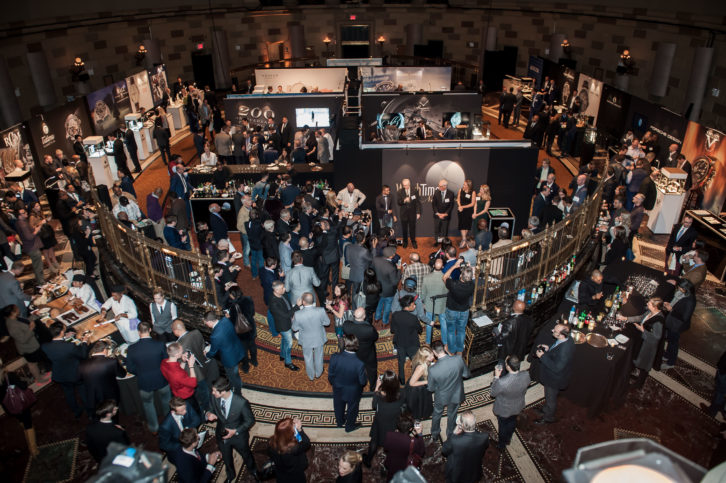 WatchTime New York will have more than 20 top brands exhibiting

In fact, day two, Saturday, is the real meat-and-potatoes day. The WatchTime New York show, with WatchAnish as an official partner, opens at 11 am and all of the more than two dozen exhibitors will be showing new watches – some for the first time in America. Additionally, certain brands will be bringing in watchmakers, enamellers and other artisans to demonstrate their master crafts throughout the full day of events. These specialists will be able to interact with watch enthusiasts and answer questions about their work.

We also have it on definitive authority that a few brands will be bringing surprise guests and maybe even a fine automobile or two that links to their partnerships, ambassadorships and DNA. While much of this is under wraps currently, there is one celebrity star that we are allowed to talk about. Action movie star Sung Kang, who recently partnered with Perrelet for a new Turbine Sung Kang watch (limited edition of 350 pieces), will be in attendance Saturday afternoon. Born to South Korean parents, American actor Sung Kang is well-known for his action films, which notably include the Fast and Furious franchise, in which he played the role of Han Lue in four of the seven movies, Live Free or Die Hard and Ninja Assassin to name just a few. He has also appeared in some very popular television series, such as NYPD Blue, Cold Case, and CSI: Crime Scene Investigation. 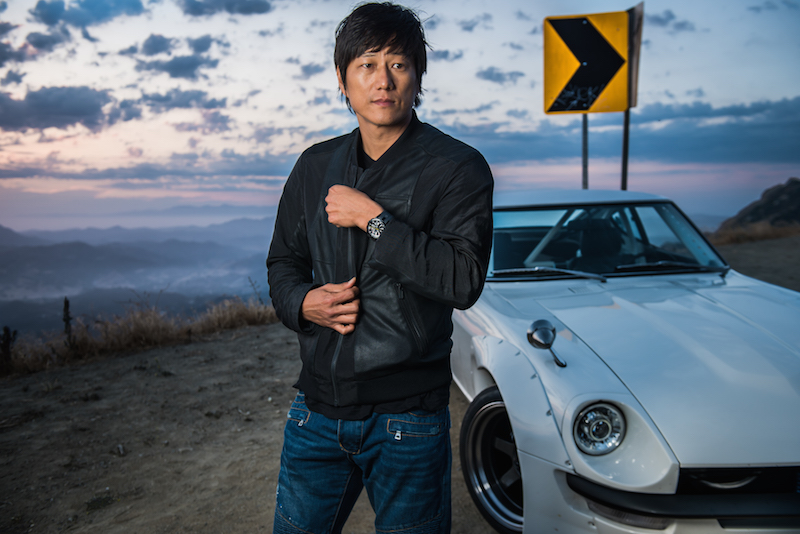 Fast and Furious actor Sung Kang will be present with Perrelet

Sung Kang will be spending some time with Perrelet at the WatchTime event on Saturday afternoon, and the two will be showing of f the new auto-inspired Perrelet Turbine Sung Kang timepiece made in his honor.

Also on Saturday, expect a full day of seminars and panels. Perhaps the most eagerly anticipated is   “Vintage Watches: A Conversation with Aurel Backs and Phillips, the Auction House.” At this panel discussion, Watch Time Editor-at-Large, Joe Thompson, will moderate a discussion with Aurel Bacs, auction specialist, and Paul Boutros, also of Phillips, where the state of vintage watches will be discussed. Topics will include a look at the brands that perform best and worst at auction and why.

Later in the afternoon, there is an expert panel on Mechanical watches. This pane will include experts such as Michael Friedman, historian for Audemars Piguet, Jeff Kingston, collector, Nicholas Manousos, co-founder of Firehouse Horology Inc., technical editor for Hodinkee and vice president of the Horological Society of New York. Also on the panel is instagram sensation Anish Bhatt of WatchAnish, who will be present throughout the day to speak to guests one on one. The panel is being moderated by media personality, Bill McCuddy, also a watch addict. This is a not-to-be-missed event that will take place at 1:00 pm. 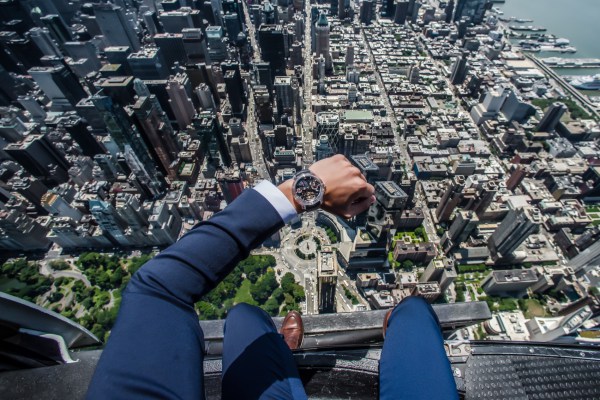 For lovers of water watches, WatchTime’s Editor-in-Chief, Roger Ruegger will be directing a close-up look at the world’s best Dive watches. The “history and Evolution of Dive Watches” lecture will include photos of watches, as well as the underwater world insolvents of many watch brands.

If the 24 watch brands, three panel discussions with six watch experts partaking in the event  is not enough to spark your attention, there is more. Several watch authors will also be on hand for personal Q&A and book signings. ATimelyPerspective’s founder Roberta Naas will be signing her  watch book, Jewels of Time, at noon on Saturday. Jewels of Time, a sold out edition, focuses on women’s timepieces throughout the past century and the brands that understand how to innovate in product and marketing for this discerning sect.  While it may seem a bit unusual to have a women’s watch book at a predominantly men’s collector events, the point is to remind people that watches and collecting is a great women’s interest, as well. “Jewels of Time” is Naas’ fifth book out of six books written over the past dozen years. Naas, a 33-year veteran journalist in the watch industry, is currently working on her seventh book to be out in late 2017. 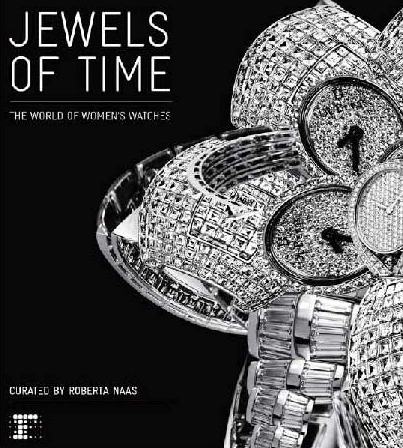 Roberta Naas, author of Jewels of Time, will be signing books and talking with collectors.

Additionally, Aaron Sigmond, a long-standing writer in the watch industry, will be signing his book “Drive Time: Watches Inspired by Automobiles, Motorcycles and Racing,” which is also sold out. Published by Rizzoli in 2015, the book features a foreword by car and watch collector Jay Leno.

Of course, the exhibition is also about the watches – and the exhibiting brands will be showcasing some pretty amazing timepieces that you won’t want to miss. Many of these brands will be showcasing watches to the public that were first seen earlier this year in SIHH, Geneva, and at Baselworld – and that are only making their way to the US market now. Among the brands exhibiting: A. Lange & Sohne, Armin Strom, Ball, Bell & Ross, Blancpain, Breguet, Carl F. Bucherer, Corum, Harry Winston, Jaeger-LeCoultre, Jaquet Droz, Jean Rousseau, MB&F, Moritz Grossmann, Nomos, Omega, Perrelet, Romain Gauthier, RGM, Seiko, Speake-Marin, Tutima, Urban Jurgensen, Vacheron Constantin. 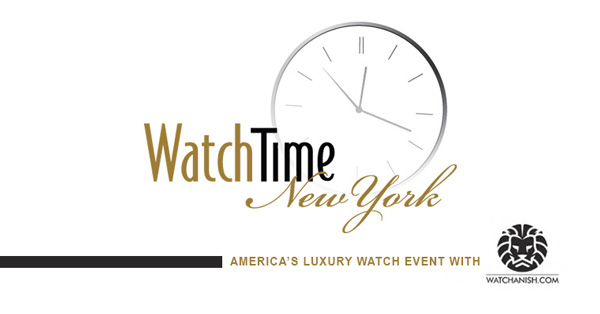 Partners of the show include Phillips in Association with Bacs & Russo, Afar Magazine (for which Roberta Naas has written about watches), Swiss airlines, and the well-known WatchAnish (for which Naas has also written).  Below is a list of the Saturday seminars and events, but we urge you to visit WatchTime New York to register for the show.

WatchTime New York is open on Saturday from 11:00 am until 5:00 pm. The tickets for the full day are just $39 – maybe the best steal yet in the watch industry. Gotham Hall is conveniently located on Broadway between 36th and 37th Streets, with easy access from Penn Station and Port Authority.