Giants’ quarterback Eli Manning wears a bold and reliable watch on his wrist. Well, not on the playing 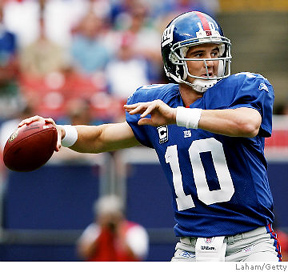 field during the Super Bowl, but off the field he not only wears a Citizen watch, but also has helped create a line of timepieces, a portion of the proceeds from which will benefit the March of Dimes.

“I like watches that are efficient and easy to look at, that I can look down, see the time easily and read the 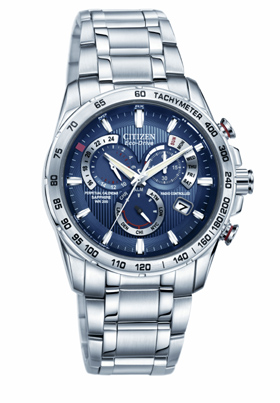 date,” said Manning a while back at an event to celebrate the launch of two limited-edition Eli Manning chronographs by Citizen, and for the watch brand to turn over a generous $30,000 check for the March of Dimes. Manning has worked with Citizen for nearly four years. The timepieces, retailing for $599 and $675, are the Eli Manning Limited Edition Perpetual Chrono A.T, with Giants blue dial. One version features a steel bracelet, while another is equipped with a blue polyurethane strap. Each 42mm watch houses Citizen’s Eco-Drive technology that uses sunlight to recharge the battery. Each also features a specially engraved case back and a collectible card signed by Manning. In life and in football – it’s all about the timing.

Over at the New England Patriots, quarterback Tom Brady had an ambassador relationship with Movado that 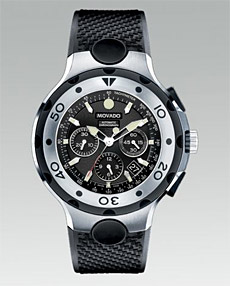 has since ended, however, to be fair, we should show off the Movado Series 800 Tom Brady Watch that retails for $2,500. Movado, one of the best Swiss brands on the market, was inspired by Brady’s timing on the field. 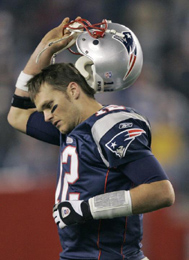