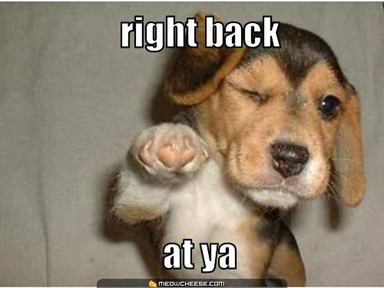 References to something akin to “April Fools’ Day” can be found as early as 1392 – when a passage in Chaucer’s Canterbury Tales refers to a trickery played by a fox on a certain day.  Some interpreted that day to be April 1, though others argue this is an erroneous date and April Fools’ Day should actually be in May.

Nonetheless, this odd day is one where – typically – good-hearted jokes or pranks are played on one another amongst friends. Countries around the world celebrate this silly day — from the USA to Japan, Russia, Europe and more – though many countries call it by a slightly different name.  Some countries, such as Denmark and Sweden, actually have prankster day on May 1. In the end, though, the bottom line is that people like to have fun – even when times are tough.

So, in honor of April Fools’ Day, here is a riddle –