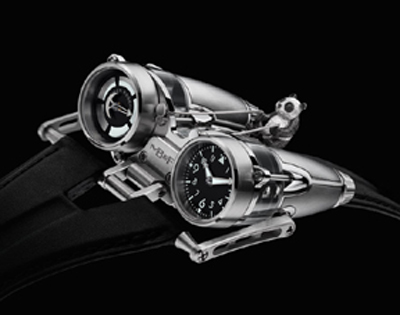 We began writing about the Only Watch auction and its charity fund, the Duchenne Muscular Dystrophy Foundation, a few weeks ago. Since then, we have brought you, and will continue to bring you, a look at the 40 watches that will go up for auction in September in Monaco for this most important cause.

This year, MB&F transforms its HM4 Thunderbolt timepiece into a very unusual statement that would enchant the child’s heart in all of us. Collaborating with young Chinese 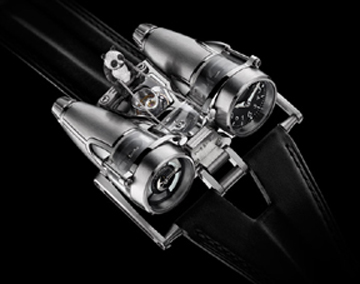 artist Huang Hankang, the new Panda HM4 watch is designed to remind people that the only way children can escape this disease in their dreams. Utilizing the universal symbol of peace, the panda, and  the child’ s ever-present dream of flying, Hankang and MB&F  combined the HM4 Thunderbolt with  a hand-carved gold panda, seated squarely in the middle of the watch, taking gold filament reigns  and flying the dream machine. The haute horological piece is a work of art and technology, that will go on tour shortly to the 10 cities in the Only Watch tour, and then on to auction in September. In typical MB&F style, the watch captures the watch lovers’ senses on multiple levels  — imagination, allure, technical marvel and the magical whimsy of making the seemingly impossible possible.