Video: Rory McIlroy Speaks Out About his Defining Moment in Golf 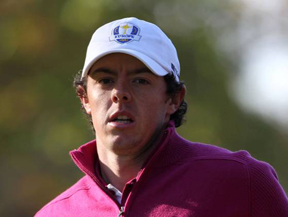 Earlier this week, in Medinah, IL, Team Europe won (in a close competition) the 2012 Ryder Cup against Team America – keeping the trophy on their turf. Golf lovers most likely watched the competition with a close eye on golfers’ swings. What’s interesting to note is that off the course, watch lovers may keep a close on the wrists that make those swings.  In fact, Team Europe consisted of six Audemars Piguet ambassadors, including four who played: Rory McIlroy, Lee Westwood, Ian Poulter and Graeme McDowell. Also ambassadors were vice captains Darren Clarke and Miguel Angel Jimenez.

The video is with Rory McIlroy, as he discusses his Defining Moment (at the 2011 US Open championship at Congressional Country Club) as part of the Audemars Piguet Defining Moment series of videos.