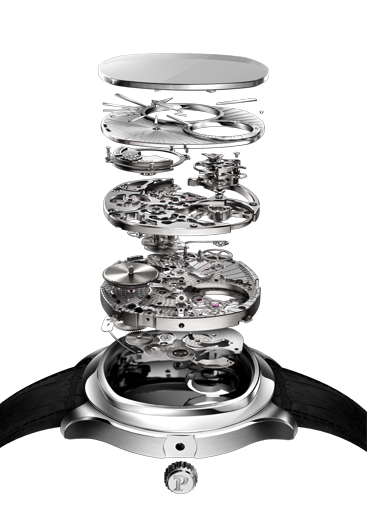 While today’s hottest trend may be ultra-thin watches, and even ultra-thin complications – Piaget has been a master of ultra thins for more than half a century. This brand holds records for ultra thin and ultra light movements, escapements and carriages. In fact, it has held a pioneering role in this field since 1957 when it rocked the world with its super slim caliber 9P. Thus it comes as no surprise that one of its hot new pre-SIHH (the big exhibition coming up in Geneva in just about two weeks) unveilings would be an ultra-thin watch.

However, this ultra-thin will have you reeling. Piaget sets a new world record with the release of its first Ultra-thin Automatic Tourbillon in the stunning Emperador Coussin case.  This is the world’s thinnest self-winding tourbillon– measuring 10.4mm thick – or thin! Of course, the watch– offered in its rose gold or white gold Coussin case – measures 46.5 mm in diameter – making it a large, flat, powerful beauty. 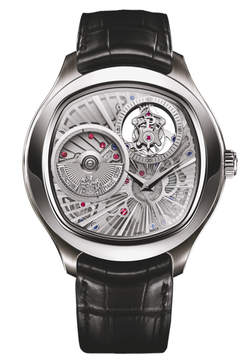 The Ultra-thin Automatic Tourbillon combines prowess from two of the brand’s prized calibers: the 600P, which was yeas in the making and is the world’s thinnest hand-wound tourbillon movement; the Caliber 1208P – the world’s thinnest self-winding movement with a micro-rotor. The new caliber is the 1270P and measures just 5.35mm thick. The result of three years of development, the haute horlogerie movement features a gold micro-rotor amidst its complex 200-part mechanism – some pieces of which are so extensively honed as to measure a mere 0.12mm thin. The watch features an etched sapphire crystal for viewing of the stunning tourbillon escapement, micro-rotor and off-set hour and minute hands. Though not yet priced, we know this baby will be up there … maybe in the $200,000 range. We’ll keep you posted. 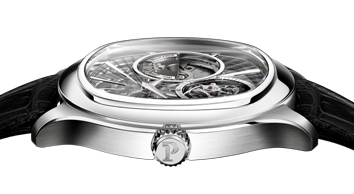