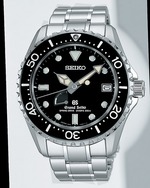 Today’s the big day – the 2010 Grand Prix d’Horlogerie de Genève occurs at the Grand Theatre de Geneve. It is the annual award for some of the best watchmaking in the world. This year, one company included on the list of selections in the Men’s Watch category may come at first as a surprise: Seiko. But a little further digging into the Grand Seiko 50th Anniversary Commemorative Edition Spring Drive watch on the list, and the Grand Seiko collection in general makes this not such a surprising entry.

For many years – 50 to be exact — Seiko fans needed to travel to Japan to see a live watch from its famed Grand Seiko collection. The largely mechanical line is the firm’s highest-priced (starting at $4,400 and going well over $7,000) and represents its efforts to create watches with the highest precision and the strictest manufacturing standards in the world. 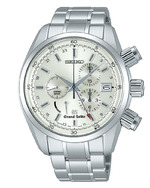 These luxury watches were born in 1960 just a few years after the firm decided to create what it called the “perfect timepiece.” In 1956 the Seiko Marvel became Japan’s most accurate watch ever, as determined by the Central Institute of Weights and Measures. Determined to beat that title in accuracy, Seiko launched Grand Seiko, which in fact was designed to standards that exceeded the requirements for Swiss COSC chronometer certification. Grand Seiko is still built to exceed the COSC standards (tested in 6 positions instead of 5, under 2 temperature variations instead of 1 and for 17 days rather than 15 days, among other things).

This year Seiko collectors can finally buy Grand Seiko watches in the United States, and in a couple of other countries. For now only three retailers will carry an eight-watch selection in their stores, but consumers can order any Grand Seiko watch from the collection and await its delivery from Japan. 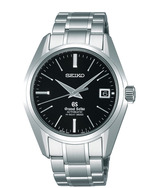 Among the more coveted models coming to the US are Spring Drives (including a chronograph, GMT and dive watch) and mechanicals, including a top-notch HI-BEAT 36000, with an escapement that vibrates at 36,000 beat per hour, which very few brands offer. (Zenith, of course, has the 36,000 vph movement.)

Each watch is finished to outlandishly high standards and to attain extreme accuracy. The components include mainsprings made from Spron alloys exclusive to Seiko and designed to give more torque and shock resistance. Curved sapphire crystals, five-point diamond-cut hands and markers and other elements make the watch worthy of the Grand name. http://www.grand-seiko.com/

My Thoughts: The Grand Seiko collection offers solid high-end casing and time-proven movement technology with classic styling. No gimmicks here and no model is larger than an average wrist can balance comfortably. And the value here is strong: Given the $4,400
starting price for the mechanical models with in-house calibers that beat the COSC standards.