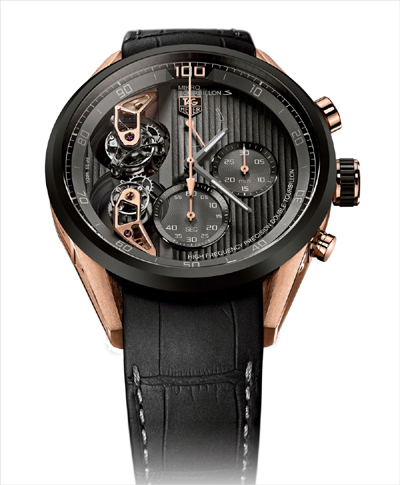 Yep – from concept to cutting-edge reality – TAG Heuer says it is definitely going to be producing the newest Mikrotourbillon S watch for series (albeit most likely a very limited series) production.  The watch, equipped with two tourbillon escapements, was first shown to the world a few months ago as a concept piece. The double tourbillons are designed so that one operates at 4 HZ to keep the precision timing in check, while the other runs at 50HZ for the chronograph functions. Additionally, the chronograph measures events to 1/100th of a second. This is an intriguing watch to look at in pictures, but – even better – it will be on display at for the first time ever in the USA for consumers to see during the upcoming TimeCrafters show in September at the Park Avenue Armory.