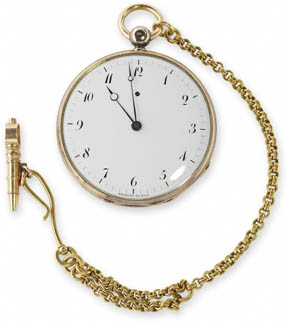 Four original pocket watches from the late1700s and early 1800s created by Abraham-Louis Breguet (1747-1823) have gone on display in the J. Paul Getty Museum in the permanent collection of French Decorative Arts and will remain there through October 2011. It is the first time such a rare and special viewing of these four historic timepieces has been shown outside of Switzerland.  Breguet, considered the father of watchmaking, was obsessed with precision timekeeping and crafted some of the most technologically advanced watches of his time. He is the inventor of the tourbillon (among many other inventions) and was the supplier of watches to some of the most discerning clientele (including Marie Antoinette and Louis XVI). Breguet is a sponsor of “Paris: Life and Luxury” on view at the J. Paul Getty Museum at the Getty Center through August 7, 2011. 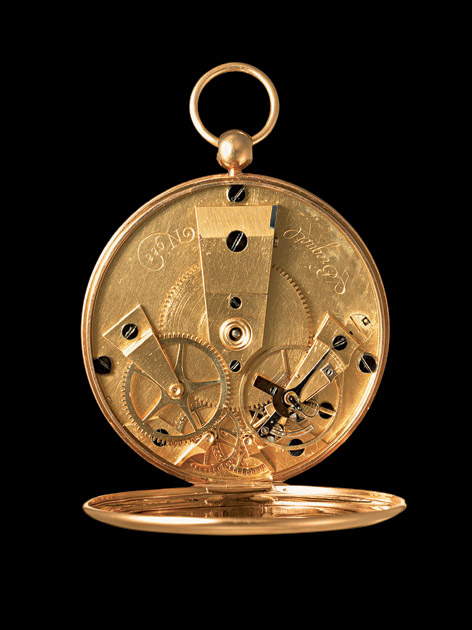