Time Capsules: News — Bond is Back, and so is Omega – in Skyfall 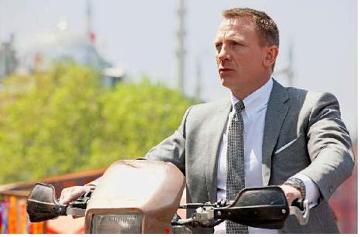 The famed Secret Agent teams with Omega yet again. This fall will witness the release of the highly anticipated James Bond film, ‘Skyfall.’ In this feature, Daniel Craig once again assumes the role of agent 007, and with him brings two new guests – actress Bérénice Marlohe the hottest new Bond girl, as well as a Limited Edition OMEGA Seamaster Planet Ocean. The release of this new timepiece known as the OMEGA Seamaster Planet Ocean 600M SKYFALL marks the seventh time an OMEGA watch 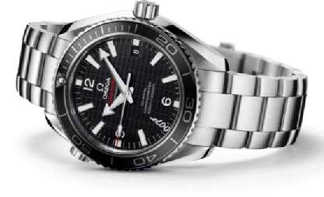 has performed in a Bond film. In addition, actress Bérénice Marlohe has been added to OMEGA’s roster of brand ambassadors.

The SKYFALL, like all Planet Ocean watches, features a black unidirectional rotating diving bezel with a chromium nitride diving scale and a helium escape valve. It is water resistant to 600 meters making it more then equipped for underwater excursions – though with Bond, one never knows. The timepiece features a 42mm stainless steel case and bracelet adorned with a clasp engraved with 007. Another creative bond touch is the 007 at the 7:00 spot on the dial. Even the Co-Axial caliber 8507 features an Si14 silicon balance spring, and has SKYFALL 007 engraved on its rotor – visible though the sapphire crystal case back. The SKYFALL Planet Ocean is set to release in November in time with the release of the James Bond feature film.