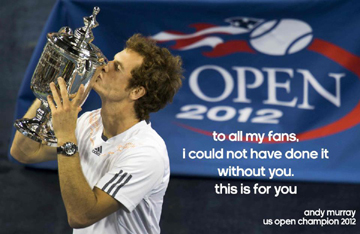 Rado, which recently signed on Andy Murray as a top brand ambassador, saw this tennis great kissing the cup — wearing his Rado watch. Not only was this Murray’s first Grand Slam title, but also this victory makes him the first British male to win a Grand Slam singles championship in nearly 80 years.