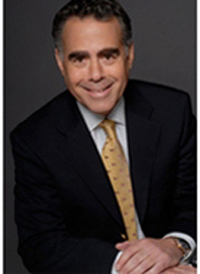 Last night I learned of the passing of one of the more special men in our industry. Allen Brill, President and CEO of Rolex USA, passed away over the weekend after a short battle with lung cancer.  I was quite saddened by the news.  Not just because the watch industry has lost a great leader and honorable man, but also because I have lost a man I considered a friend in the industry.

Allen always took the time for me –even when he didn’t have the time. Allen always had good and kind things to say, even when what he had to say may have been a bit on the scolding side. He had a tough line to tow in his position and he did it with warmth and sincerity, and a true personal touch that is difficult to find it this day and age.

Allen and I crossed paths many times over my past 25 years in the industry. He had me beat in this industry by at least six or seven years. I think he started with Rolex in the late 1970s in sales, and quickly worked his way up to a senior vice presidential position. Over the years from the early 1980’s since I knew Allen, he was always affable and insightful. He liked to talk about the industry at large and took an interest in the personal side of your life. We would sit at industry dinners or events and he could offer a different viewpoint that you hadn’t yet considered – an especially useful tool for a writer.

In July, 2004, when he was made president and CEO of Rolex USA (when then President Walter Fischer moved on to Chairman), I remember he smiled humbly and said to me something to the effect of: This doesn’t change anything for me. I’m still me; it’s just a different title.

And it was just a different title. He remained true to himself — a strong, warm, jovial personality.  Every year at BaselWorld, Allen always sat with me – maybe a half hour, sometimes longer (once, during the Asian flu epidemic we sat for an hour or so together with coffee and chocolate) —once in a while other editors shared out time, mostly not. It was our annual “catch-up” time, and we joked that we had to go to Switzerland to do it. This year, when I walk the halls of BaselWorld and I go to the Rolex booth, I know I will miss him ever more than I do now. Thank you, Allen, for your kind spirit, your warm laughter and your strong sense of good.