Recalling its amazing heritage of saddlery and timing, Hermes comes full circle with its own Manufacture movement and vintage-inspired watch series. 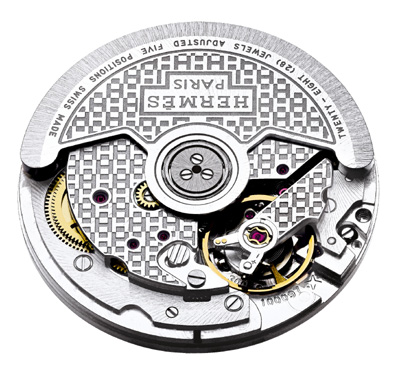 The excitement of BaselWorld 2012 brings with it a host of announcements and unveilings that leave their mark. Such is the case with the release by Hermes of its first in-house created caliber: the H1837 – named for the year the brand launched. This year, too, Hermes proudly celebrates its 100th anniversary of watchmaking prowess—making the release even more fitting.

To celebrate these anniversaries in 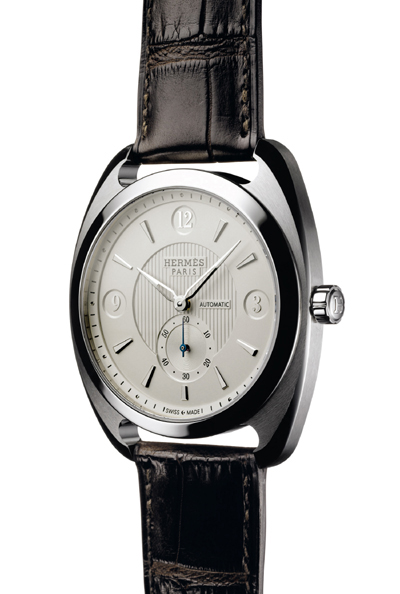 style, Hermes not only unveils its new caliber, but also releases it in a new Dressage collection of timepieces that richly blends its past with its visionary watchmaking expertise.

“After 100 years of Hermes watchmaking, we are taking a big step this year with the first Hermes Manufactured in-house caliber,” says Luc Perramond, CEO of Hermes.

The movement, which was five years in the development process, is created with Vaucher Manufacture Fleurier movement maker, of which Hermes is a 25 percent owner and the Sandoz Foundation is the other owner.

The new automatic 193-part Caliber H1837 offers 50 hours of power reserve and features double barrels, equipping it with the power it needs to add on small complications in the future.  Currently the versions offered include a Small Seconds model (with sub seconds dial at 6:00) and a Simple Calendar version with date at 6:00. The movement is housed in the Hermes Dressage collection, dedicated to Hermes’ rich saddler and leather goods heritage. Dressage was first created by Henri d’Origny, and was modernized in 2003.  The tonneau-shaped case features an inner round dial for vintage appeal, a curved ergonomic case, curved, extended lugs and a dial with original Arabic numerals at 9, 12 and 3, inspired by the early Hermes 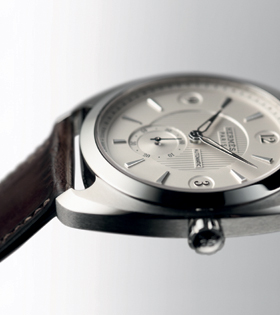 The new series is offered in either stainless steel or in a limited edition in 18-karat rose gold. Currently 10 Dressage models make their debut, with a variety of dial colorations and strap offerings.  The special limited-edition piece in 18-karat rose gold features an alluring matte graphite dial and is built in an edition of 175 pieces (for the 175th anniversary). The line will retail starting from $10,600.

Also to celebrate its 100 years of watchmaking, Hermes has also opened a superb historical museum in its Paris flagship store of saddlery, timepieces, and travel related objects from around the world, as collected by Emile Hermes, grandson of the founder of Hermes.