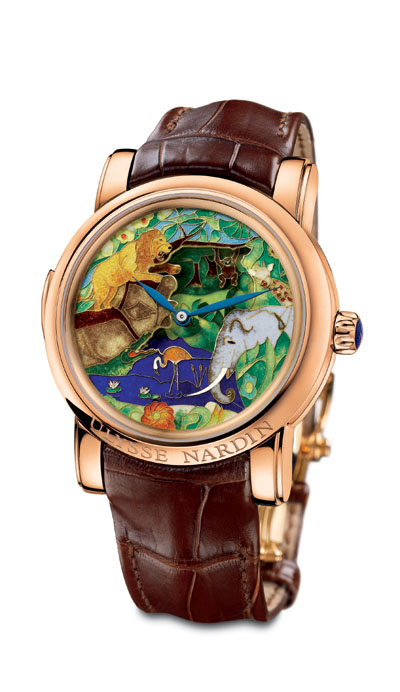 In one of the more important moves among  Swiss watch brands lately, Ulysse Nardin SA  has acquired 100 percent of the family owned Donze’ Cadrans watch dial  enameling company, ensuring the continued growth of both firms.  The previous owners of Donze’ Cadrans had opted to retire and, according to Patrik Hoffmann, Ulysse Nardin CEO, “The acquisition  maintains our strategy of continuity and vertical production, while reflecting our heritage 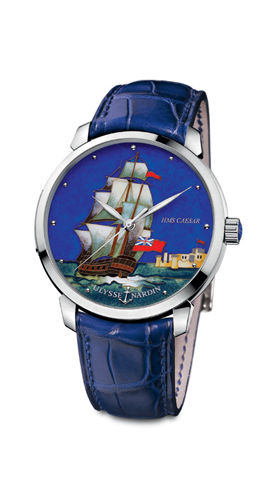 and tradition of our Manufacture.”

In fact, in the past years, Ulysse Nardin has worked closely with the dial enameller in the creation of some of the most stunning dials, including its San Marco dials and its Safari dials. Bringing the enamel dial making under its own umbrella is truly a coup, as there are but a handful of the finest watch brands in the world that own their own dial enameling artisan shops.

Enamel work is one of the most cherished feats in the watchmaking arts.  In fact, a single cloisonné enamel dial can require up to 54 processes, 12 baking operations and hundreds of working hours.  Enamel is a soft glass composed of silica, red lead and soda that, when mixed with other elements, is capable of creating intense hues with alluring depth.  Colors are created by mixing enamel with elements such as Iron (which creates yellow, green and brown hues), Chromium (offering green tones), Iodine (yielding fiery reds), Copper (unleashing hues of blue, green and red) and Manganese (creating black and violets).