A Timely Event: Preview of the Exceptional Only Watch Charity Auction in New York Today 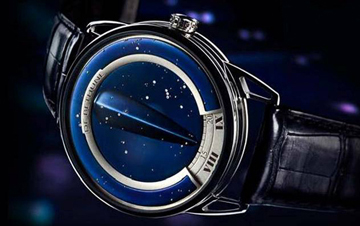 This year, on September 23 in Monaco, the well-known Only Watch 2011 Charity Auction will take place. This highly esteemed event, which Atimelyperspective   attended in 2009, has been held every other year since 2005 concurrent with the Monaco Yacht Show. This is the venue where luxury watchmaking and medical research come together, and is held for charity, benefitting research on Duchenne Muscular Dystrophy.  The auction is held under the high patronage of His Serene Highness Prince Albert II of Monaco and jointly organized with Antiquorum Auctioneers and Monaco Yacht Show, as well as the Monaco Yacht Show. This year, the event is held at the Hotel Hermitage, Square Beaumarchais More than 40 unique

timepieces put up for bid (which can be seen via the catalog by clicking here Only Watch) – are created and donated by some of the most prestigious watch manufactures. These timepieces are currently in the process of completing a world tour of previews for interested buyers.

Today, that tour comes to New York City. Presented at Antiquorum Auctioneers on Madison Avenue by Antiquorum and the Consulate General of Monaco, the exclusive exhibit can be previewed beginning at 10 am for one day only. Contact Antiquorum for details at 212-750-1103.  From here the exhibit moves to Milan, then Geneva and finally Monaco. For a closer look at some of the stunning watches up for grabs – view the video shown here last Saturday, September 3.  https://www.atimelyperspective.com/2011/9/3/video-antiquorum-unveils-the-40-only-watch-2011-auction-lots